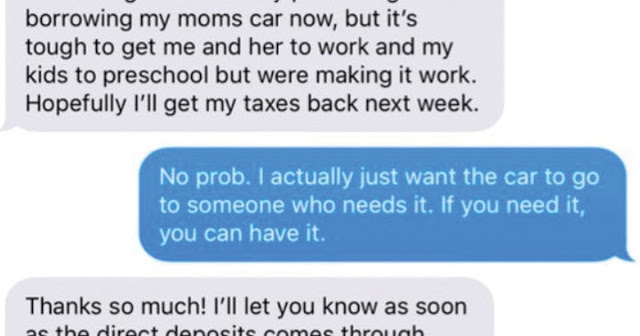 So many things go viral daily, and mainly because of the negativity associated with them. The undeniable reality is, stories about people being horrible to each other, make the internet.

Lately, there’s been a slight uptick in stories about the unreasonable haggling in business deals that people are doing. Sure it’s great to get a good deal for yourself, but doing things like trying to compensate your babysitter with ice cream and fun, are just plain disrespectful.

That’s why it’s so refreshing to see stories go viral because they involve an act of kindness. Like this text conversation between a woman selling her car online to another woman in need.

The text conversation between the two women went viral on Reddit because it showcases a marvelous act of kindness.

The conversation between the two women started with both agreeing on the price of $1200. The buyer just had one stipulation about the deal: 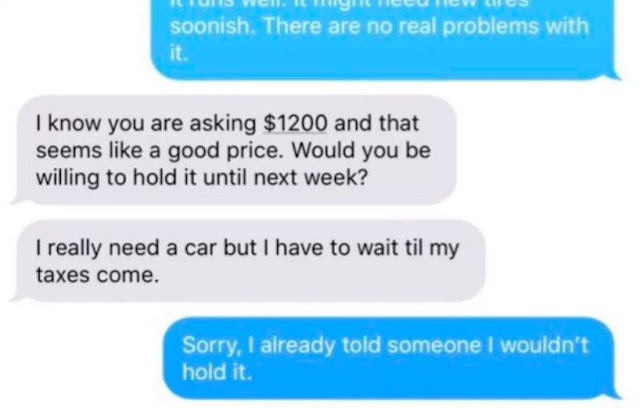 The woman selling the car had her reservations about holding it. So the potential buyer told the woman her story, and the conversation shifted: 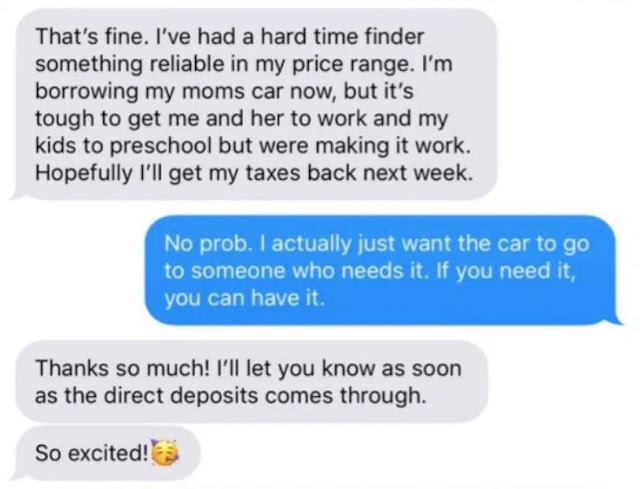 After the potential buyer told the seller of her difficult car situation, the seller had a total change of heart. She told the buyer that she was going to give her the car, for FREE: 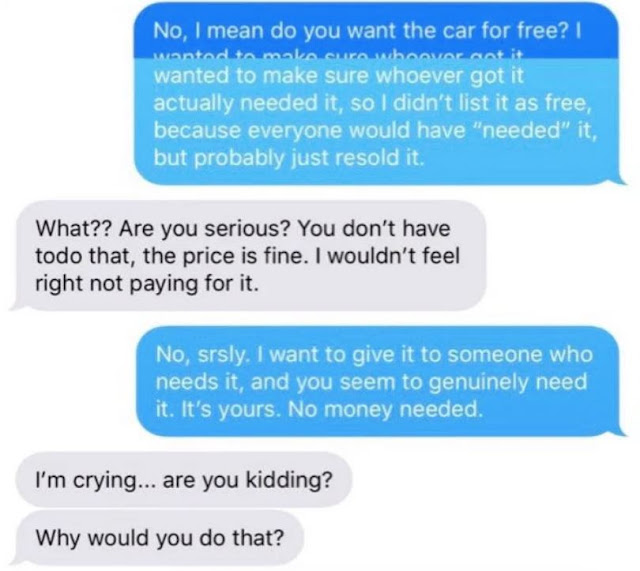 The buyer was in utter disbelief. She didn’t expect to be gifted a car and even seemed to feel a bit guilty about accepting the car from a stranger. But the seller genuinely just wanted someone who really needed the car, to have it: 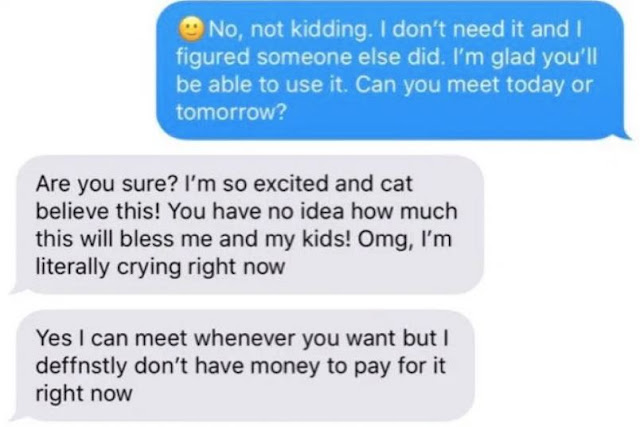