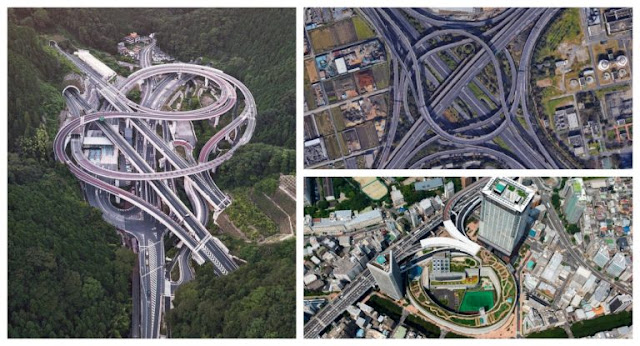 Highways allows us to travel long distances and interchanges, or junctions, connect those highways so that traffic can pass or change direction without interruption. And in Japan, where heavy mountainous terrain and dense cities create unique constraints, interchanges are, simply put, magnificent feats of structural engineering that we sometimes can’t appreciate through the typical vantage point of a car window. 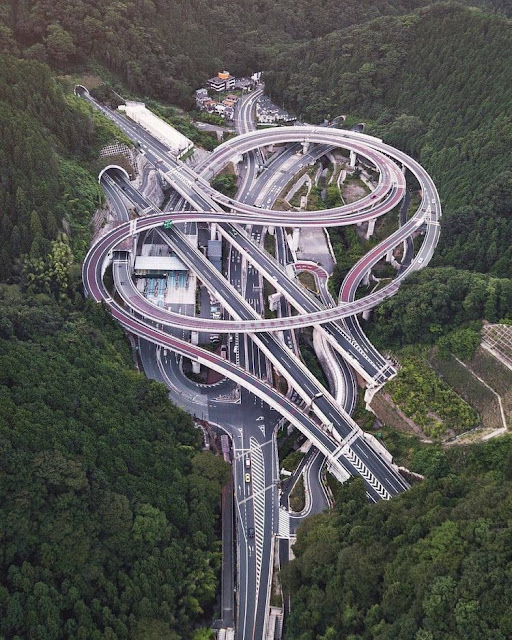 From a design perspective, one of the most structurally beautiful interchanges in Japan is this one pictured above of the Takaosan Interchange. Located in the Western suburbs of Tokyo and completed in 2012, it’s a 12-way interchange that connects Route 20 with the Ken’odo.

It’s nestled in between mountains and I can’t imagine the engineering challenges that had to be overcome but perhaps that is what resulted in the beautifully curvaceous structure. 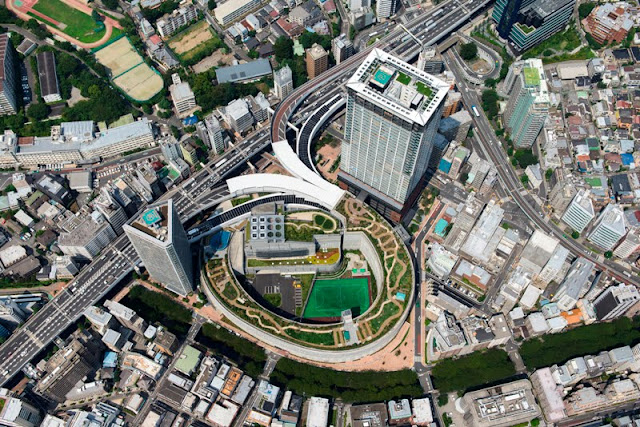 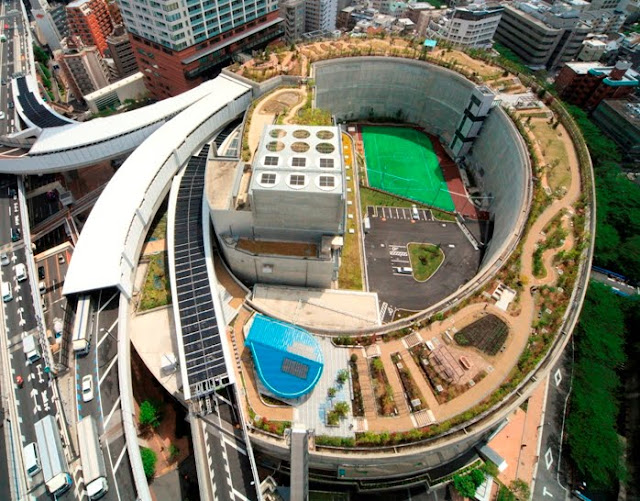 the Ohashi Junction in Tokyo (close-up)

The Ohashi Junction, while less aesthetically pleasing, is an intriguing structure that won a Good Design Award in 2013. It’s a double-looping structure that’s stretches 70m (260 ft) high. Because it was built right in the middle of Tokyo, engineers incorporated many elements that would make it less obtrusive. Most notably, it was designed to look like Rome’s Colosseum and it has a rooftop garden. 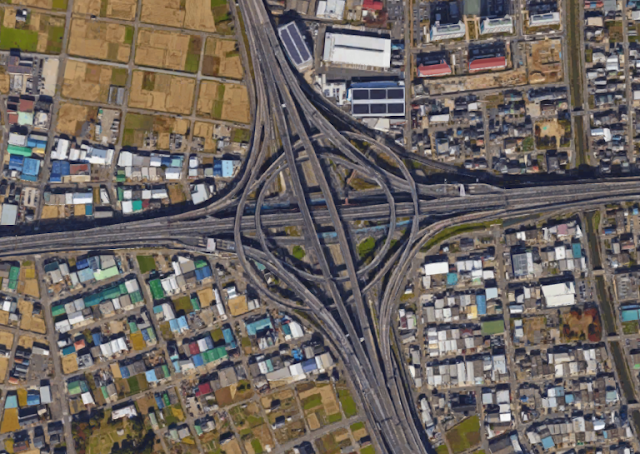 the Kiyosu Junction in Aichi Prefecture

The Kiyosu and Misato junctions are both referred to as turbine junctions. They’re symmetry and efficiency are reasons they are often cited as two of Japan’s most beautiful interchanges. 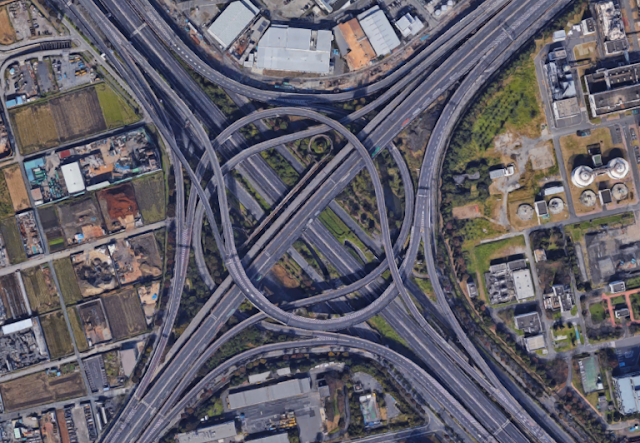 the Misato Junction in Saitama Prefecture