Bob Dylan Makes Rare Onstage Statement to Address Fans Taking Photos: “We Can Either Play or We Can Pose, Okay?” 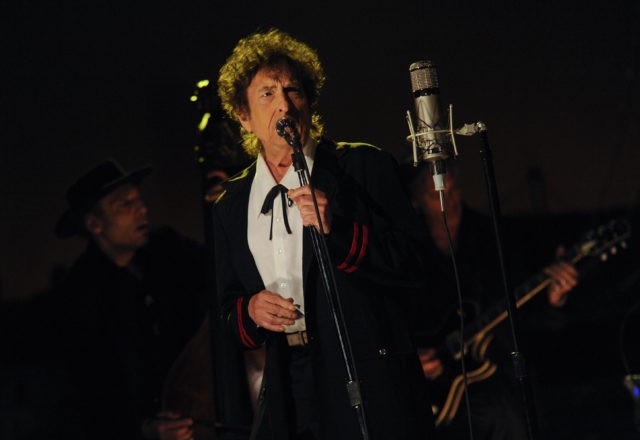 Bob Dylan hasn’t been one to incorporate stage banter in recent years. He rarely even speaks to introduce the band. But that changed last night when someone broke his “no photos” policy at his show in Vienna, Austria. After singing one verse of “Blowin’ in the Wind,” Dylan stopped and said to the audience: “Take pictures or don’t take pictures. We can either play or we can pose. Okay?”

Before making this statement, he mumbled something about “pictures” into the mic and then stumbled and almost fell onstage. There’s a pause before he and his band go into “It Takes A Lot To Laugh, It Takes A Train To Cry.” Dylan left the stage after that and the band closed the show with an instrumental version of “Just Like Tom Thumb’s Blues.” Watch it all happen below.


#BobDylan doesn’t address the audience at all at his gigs these days. But last night in Vienna he had to make an exception to admonish fans taking photos: “We can either play or we can pose, okay?” This was right after he tripped over a monitor and almost took a nasty fall. Rough night.
A post shared by Stereogum (@stereogum) on Apr 17, 2019 at 4:20pm PDT