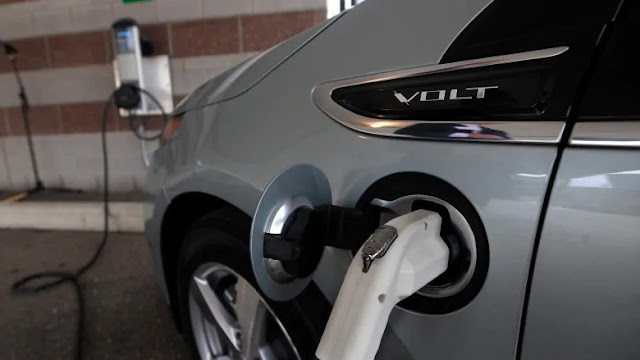 British Columbians lead the country when it comes to wanting more electric cars than gas vehicles on the road, according to a new poll.

The survey, commissioned by Clean Energy Canada, looked at how many Canadians want to see electric vehicles become mainstream and how soon they see it happening.

In B.C., nearly three quarters of those polled (74 per cent) said they wanted to see electric vehicles become the norm.

Around 72 per cent of all respondents said they thought the shift would happen in 15 years or less — including 58 per cent who see it happening within the next decade.

More than two thirds of British Columbians were in favour of investing money in electric car infrastructure, like charging stations, as well as offering rebates to encourage drivers to go green. 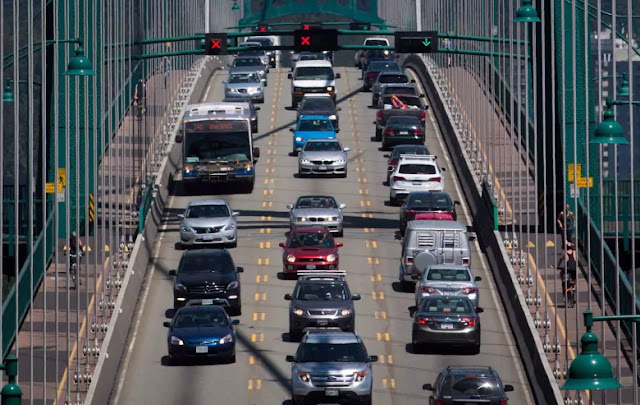 Traffic lined up on the Lions Gate Bridge in Vancouver in 2017. Nearly 75 per cent of British Columbians polled in the Clean Energy Canada survey said they want to see more electric vehicles on the road in the future. (Darryl Dyck/Canadian Press)

Dan Woynillowicz, policy director at Clean Energy Canada, said the results show manufacturers need to get on board with electric.

"This sends a clear signal that car companies need to accelerate some of the plans they have to introduce new models of electric cars and, in particular, getting into minivans, SUVs, crossovers," he said.

"To date, many of the electric cars we've seen have been sedans or sports cars."

In November, B.C. Premier John Horgan promised that by 2040, all new cars and trucks sold in B.C. would have to be zero-emission vehicles.

Horgan said the government is planning to introduce legislation this spring to gradually phase in targets for the sale of electric cars and hydrogen fuel cell vehicles and will take steps to make those vehicles cheaper.

"If we want British Columbians to be part of the solution for reducing air pollution, we need to make clean-energy vehicles more affordable, available and convenient," Horgan said in a press statement. 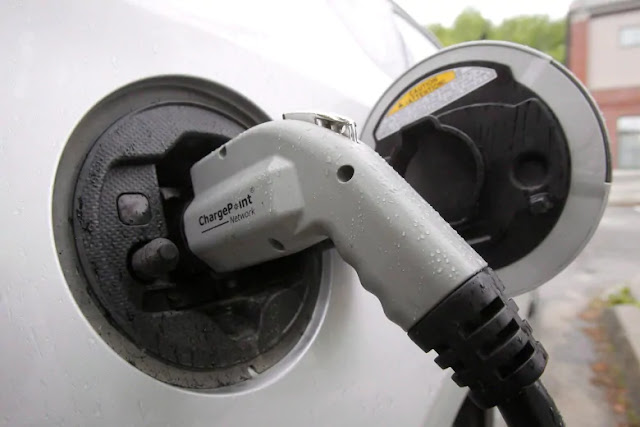 The proposed legislation would require 10 per cent of all new light-duty vehicles sold by 2025 to produce zero emissions. That percentage would jump to 30 per cent by 2030 and then 100 per cent by 2040.

As part of the plan, the government says it's boosting the provincial incentive program for new car buyers by $20 million and will look at expanding the program over time. Right now, anyone who buys an electric car priced less than $77,000 is eligible for up to $5,000 in incentives; people who buy hydrogen fuel cell vehicles can receive up to $6,000.

The province is also planning to more than double the number of electric charging stations to 151.

The poll suggests an increase in the number of charging stations as well as quicker charging times have increased interest in electric vehicles.

Right now, 12,000 clean energy vehicles are registered in B.C., which the province says is the highest adoption rate in the country.

The survey was conducted online with 1,495 Canadian residents aged 18 and over, from March 11 to 13.

A random sample of panelists were invited to complete the survey from a set of partner panels. These partners are typically double opt-in survey panels, blended to manage out potential skews in the data from a single source.

The margin of error for a comparable probability-based random sample of the same size is +/- 2.45 per cent, 19 times out of 20. The data were weighted according to census data to ensure that the sample matched Canada's population according to age, gender, educational attainment, and region.