Cat sighted near Lexington could be rare lynx

Monique Soper said when her dogs started barking Saturday morning, her son looked out his window to figure out what the commotion was about.

While deer and wildlife are common by their Lexington home, he didn't expected to see what was walking into the trees — a large cat looking like a bobcat or lynx.

And he caught it on video.

The video shot by Hunter Soper traveled far on Facebook and racked up more than 1,900 shares as of Tuesday.

"My husband (Steve Soper) has hunted countless hours on our property and he has never seen anything like that," Monique Soper said in an email. 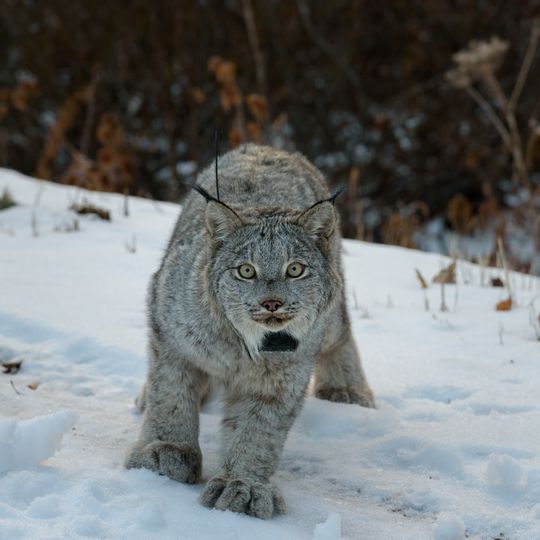 Adam Bump, Michigan Department of Natural Resources furbearer specialist, said the cat in the video was likely a Canada lynx.

"Generally, lynx appear to have longer legs, much bigger feet, and longer ear tufts than bobcats," Bump wrote in an email. "Also, while both species have a black-tipped tail, lynx have black all the way around the tip while bobcats have a white line on the underside of the tip of their tail."

Bump said there is an overlap in coloration between a bobcat and a lynx, with the bobcat tending to be more reddish tan while lynx tend to be more grayish. But this is not a key factor in distinguishing the two, Bump said.

The lynx is classified as a federally threatened species, whereas the bobcat is not.

"Lynx are very easy to confuse in the field with bobcat and we have a lot more bobcat than lynx," said Jim Zelenak, species lead for Canada lynx for the U.S. Fish and Wildlife Service.

It was designated a threatened species in 2000. According to the U.S. Fish and Wildlife Service, the decline of lynx in the lower 48 states was due to trapping and timber harvests that removed and changed habitat. Zelenak said the lynx is being considered for having its threatened species status ended in part do to changes in environmental regulations that help preserve lynx habitat.

Zalenak said you'll find lynx where their next meal is, with snowshoe hares being a main staple.

Northeastern Minnesota and Canada are the two places closest to Michigan to consistently support lynx populations, according to the U.S. Fish and Wildlife service.

Another possibility is that the cat was the more common bobcat.

Terry McFadden, Michigan Department of Natural Resources wildlife division field operations manager for the southeast region, said bobcats can live in the area, but they are more prominent in the northern regions of the state and out west.

McFadden said habitat fragmentation is part of the reason for their rarity in the Thumb. Large tracts of land dedicated to agriculture break up the woods they like to live in, and the wide open spaces don't offer the bobcats much concealment.

"They like cover," McFadden said. "They're pretty secretive, they're lone hunters so they like to have cover." 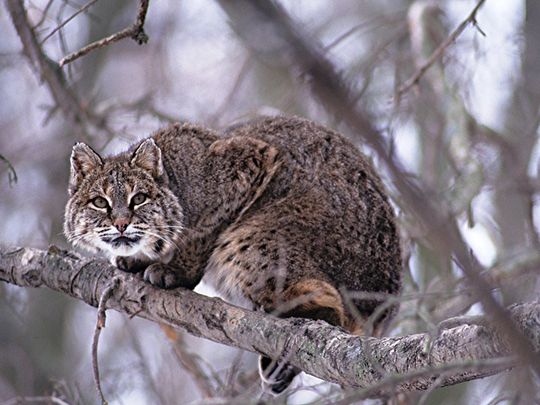 McFadden said bobcats are not particularly dangerous, and will likely flee if approached. DNR keeps track of bobcat sightings, and anyone who sees one is encouraged to contact DNR and submit a photo if possible, McFadden said.

Bobcats cannot be hunted or trapped in the Thumb.

"Bobcat populations are highest in the northern parts of the state," Bump said in an email. "While we have made recent expansions of areas open to include some more southern counties, we remain conservative in the rest of the southern lower peninsula.  Populations levels are low and somewhat spotty, but are likely on the rise in many areas of southern Michigan."