China Plans to Launch Its Own Mars Probe Next Year 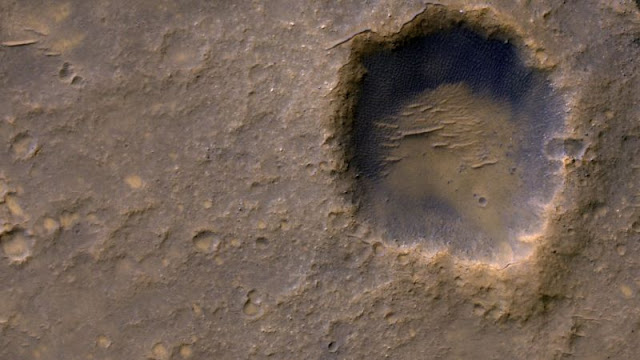 China’s space agency plans to launch a probe to Mars next year, following its recent successful landing on the Moon’s far side, according to a statement from one of the country’s prominent space scientists.

The announcement came ahead of the meeting of the Chinese People’s Political Consultative Conference, essentially a governmental advisory group of representatives from across the Chinese political spectrum.

“Over the past 60 years, we’ve made a lot achievements, but there is still a large distance from the world space powers. We must speed up our pace,” Wu Weiren, chief designer of China’s lunar exploration program, said to the China Global Television Network’s CCTV+. “...China will become the third country that is capable of such task after the United States and Russia. Next year, we will launch a Mars probe, which will orbit around the Mars, land on it and probe it.”

China launched its first successful satellite in 1970, well behind the U.S. and Russia, but has quickly begun to catch up in space capabilities. The first Chinese lunar orbiter, Chang’e 1, launched in 2007, and most recently, the Chang’e 4 lander and rover successfully planted onto the far side of the Moon. The Chang’e 5 lunar sample return mission is scheduled to launch late this year.

The Chinese mission to Mars would join a host of NASA and European Space Agency missions currently exploring or scheduled to visit the Red Planet. China’s space agency is planning a number of other deep-space missions before 2030, including one to Jupiter, according to Xinhua.

This unnamed mission wouldn’t be China’s first attempt at reaching Mars. In 2011, the China National Space Administration (CNSA) attempted to send an orbiter called Yinghuo-1 to the Red Planet, but the craft, attached to Russia’s Phobos-Grunt mission, failed to leave Earth’s orbit.

We’ll continue covering this mission as we learn more about its goals and design.