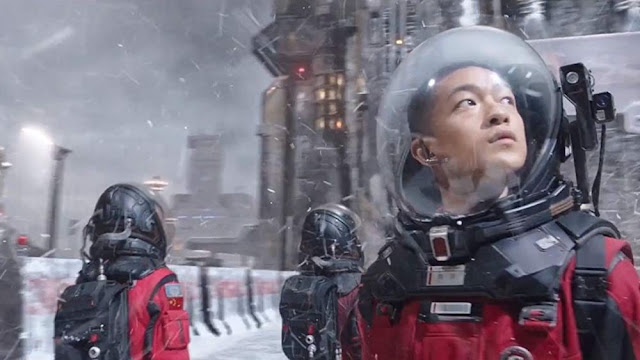 
China's 2019 blockbuster movie "The Wandering Earth," based on the novel by Liu Cixin, takes audiences on a epic journey outward through the solar system.

The 125-minute film directed by Frant Gwo is currently the second highest-earning film in the history of Chinese cinema, according to the entertainment website Deadline. As of March 15, the film had grossed over $692 million worldwide.

The great human odyssey of "The Wandering Earth" is told with fantastic visual effects and a talented cast of actors. The story begins in somewhat contemporary times, when humanity pulls together to make a desperate attempt to flee the sun's volatile activity. Governments around the globe join forces to construct hundreds of thruster engines across the planet's surface to propel Earth toward a new home around another star well beyond the solar system. 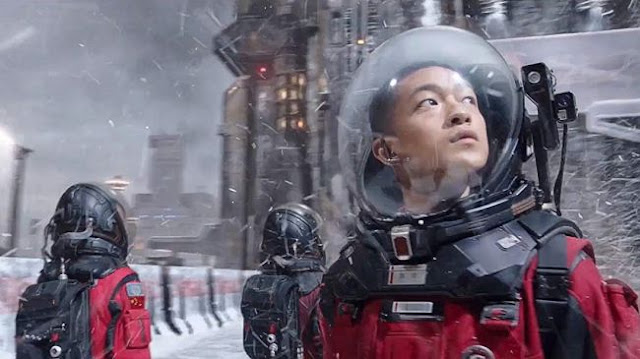 To make the centuries-long trip across space, humanity has to make many changes. Humans dwell in subterranean communities, and occasionally, crews ascend to Earth's frozen surface to ensure the engines are fueled and running. The International Space Station becomes a monumental gyroscope-shaped spacecraft sent farther out in the solar system to facilitate the blue planet's navigation past Jupiter.

Meanwhile, Earth travels toward the gas giant for a massive gravity assist to slingshot out of the solar system. In real life, gravity assists — on a smaller scale — are common practice. For example, the Parker Solar Probe mission, which launched last summer, is scheduled to use about two dozen assists from Venus to approach the sun. 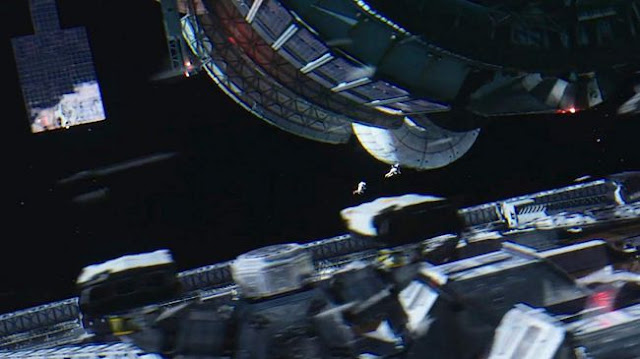 Two astronauts moving through space around the space station in the new film Liu Lang Di Qiu, or 'The Wandering Earth' (2019).

The movie is worth watching if you love all things Jovian: The imagery of Jupiter's streams and its Great Red Spot are mesmerizing, especially as Earth approaches it and succumbs to a planetary tug-of-war. And in one particularly epic chapter of the story, Earth's horizon fills up with the sight of the Jovian atmosphere.

The film does an excellent job of hiding exposition within heartfelt conversations among three generations of the protagonist's family, and the drama is balanced out among the many key players. The film also features a HAL-like sentient computer called MOSS as its antagonist.

The film unfolds at a rather gentle pace considering its complex plot-driven story, and audiences can therefore savor the movie's incredible cinematography. 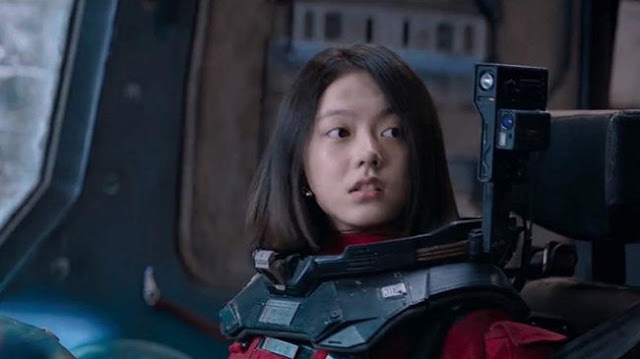 "'The Wandering Earth' looks better than most American special-effects spectaculars," film critic Simon Abrams wrote in a film review published on RogerEbert.com, "because it gives you breathing space to admire landscape shots of a dystopian Earth that suggest old fashioned matte-paintings on steroids."

Still, there are a few criticisms to be made about the film. If the world is collaborating at an unprecedented scale to accomplish the mission, why not imagine more diversity in race and gender in its change-makers? There is also something to be desired when the global intercom communications system announces important updates about Earth's status in multiple languages and never speaks Spanish, for instance, which Ethnologue lists as the second most-spoken language in the world, but does feature a whole lot of spoken French, ranked 16th on that same 2019 list of languages. Arabic was also absent in the film. And though the creators may have their reasons, it's worth noting the impact science fiction has on shaping the public's mental landscape of what may come.

"The Wandering Earth" is creatively told, exciting to watch and does away with the trope that blockbusters are just eye candy: Audiences are invited to imagine what the future will indeed be like for our vulnerable planet.

"The Wandering Earth" is currently being screened in select theaters and has been picked up for future release by Netflix. 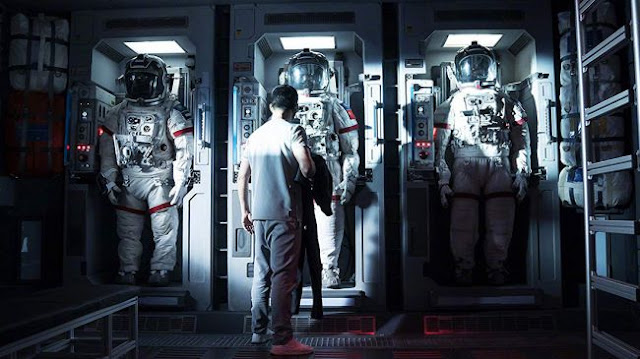 Ready for a Fight
As the Earth traverses the Universe in search of a new star system, unanticipated dangers lead to an unlikely group stepping up to protect it and its inhabitants.