Cigarette Butts Are The Oceans Largest Source Of Trash 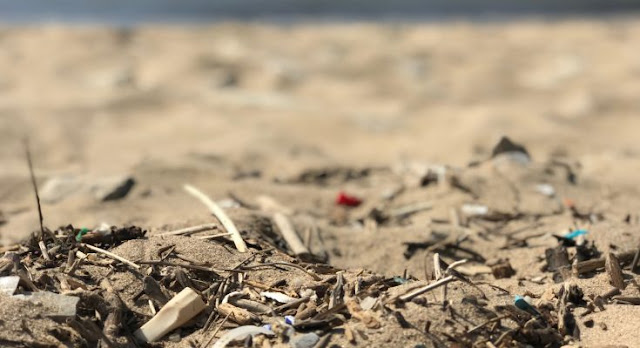 Pollution is one of the biggest threats the oceans face today behind climate change. Thankfully, more attention than ever is being brought to the issue but there still has not been much change to reducing plastic, garbage and other forms of pollution to the seas.

When looking at just plastic, it is estimated that 15-51 trillion pieces of plastic are already to be in the ocean today, that number will only grow at a rapid pace in the future. By 2050, plastic pollution is estimated to outweigh all fish in the ocean.

While plastic surely is a the concern everyone has their eyes on, according to a data released recently released citing data collected by NGO Ocean Conservancy, cigarette butts are actually the oceans single largest source of trash in the seas. According to the data, approximately 60 million cigarette filters have been collected since the 1980s, massively exceeding the number of any other form of trash including plastic bags and straws.

Cigarettes find their way to the oceans just about any and every way but the biggest is from people who dispose of their cigarette butt by tossing it aside and not in a disposable container. By riding on the back of rainwater through sewer systems and eventually the oceans, cigarettes are pouring into the salty waters by the millions daily.

Most cigarette filters consists in part of cellulose acetate, which is not a natural product. Although many people are under the false impressession that the filters are biodegradable, they are in fact not as a plastic often forms on the cellulose acetate when it is processed, leading to the decay of the product to be much longer.

While decaying, the cigarette butts are releasing pollutants that include nicotine, arsenic and lead into the ocean. They also provide a hazard for all marine life as the butts are consumed by various marine animals.

While smoking is not something that will just end, we can do our best to educate people to properly dispose of cigarettes and ensure our governments are enforcing more strict laws that help deter the pollution of them.