Coca-Cola Is Doubling Its Recycled Plastic Use Across Australia 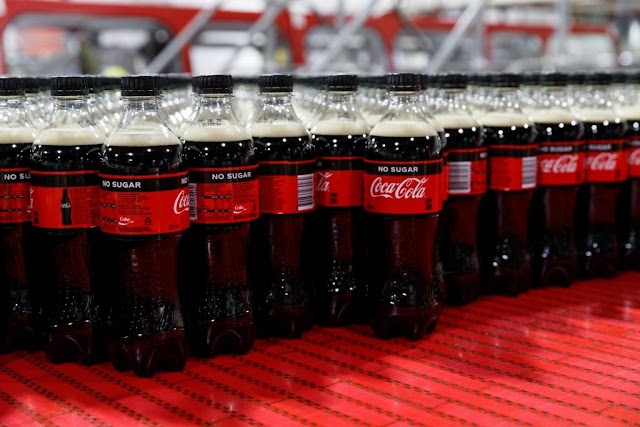 Coca-Cola Australia and Coca-Cola Amatil, the bottler of Coca-Cola products in the Asia-Pacific region, are doubling the amount of recycled plastic used in bottles across Australia. Seventy percent of bottles manufactured in Australia will be made from fully recycled materials by the end of 2019, including all bottles under 600 milliliters.

"As Australia’s biggest beverage company, we have a responsibility to help solve the plastic waste crisis,” Vamsi Mohan Thati, president of Coca-Cola Australia, said Tuesday. “Coca-Cola’s goal is to keep plastic packaging out of our oceans and landfills.”

The plastic reduction across Coca-Cola’s soft drink, water, and juice products will save around 10,000 tons of new plastic being produced each year from 2020. Brands like Coca-Cola, Sprite, Mount Franklin, and Pump will all be impacted.

Hopefully you've heard the news > We're accelerating action on plastic waste and 70% of our plastic bottles in Australia will be made entirely from recycled plastic by the end of 2019! #Australia #plastic #recycling #rPET pic.twitter.com/SNmXfwkPGi
— Coca-Cola Amatil (@CocaColaAmatil) April 18, 2019

Peter West, managing director at Coca-Cola Amatil, said the company felt the push by everyday Australians for major brands to turn to recyclable and sustainable options. She said Coca-Cola Amatil was committed to “stepping up and showing leadership on the issue.”

"We’ve heard the community message loud and clear,” West told SBS. “This is the single largest increase in recycled plastic use in our history, and our strongest step forward in reducing packaging waste and the environmental impact of our operations."

The overall shift to sustainable materials comes as part of Coca-Cola’s global ‘World Without Waste’ initiative. Launched in January 2018, the initiative aims to see Coca-Cola eventually reach 100% recyclable packaging and collect and recycle as many bottles and cans as it sells by 2030.

The previous commitments will also see Coca-Cola reach its pledge under Australia’s 2025 National Packaging Target. The industry-led waste aim under the target seeks to see 70% of Australia’s plastic packaging recycled or composted in the next six years.

Last month, Coca-Cola revealed it produces three million tons of plastic packaging a year. The figure, which was disclosed for the first time, translates to 108 billion 500 milliliter bottles  — just over 20% of the 500 billion bottles manufactured each year globally, the Guardian reported.

The number was shared as part of a report by waste charity the Ellen MacArthur Foundation, which called on large global firms to share their efforts to tackle plastic waste and pollution. While 150 companies took part in the report, including Mars and Nestle, the majority still refuse to reveal their own figures on plastic use. Coca-Cola’s disclosure was applauded as a crucial move toward transparency, with the Ellen MacArthur Foundation urging additional businesses to follow suit.