No Comments
Whether you’re a believer or not, it’s still creepy when anything pops up in the news regarding a ghost caught on camera and that is exactly what happened today.

A couple in Michigan believe that have captured a Ghost on camera using a nanny cam they set up to monitor their daughter after finding purple scratches on their baby’s face.

After reviewing the footage, the couple believes they saw a male figure walk quickly past Lily’s crib, as she pops up and watches him move through the room right before the ghost vanishes.

I totally see it! AHHHHHH

According to the Daily Mail, a paranormal investigator was called in to look into their claims and confirmed their home was indeed HAUNTED. 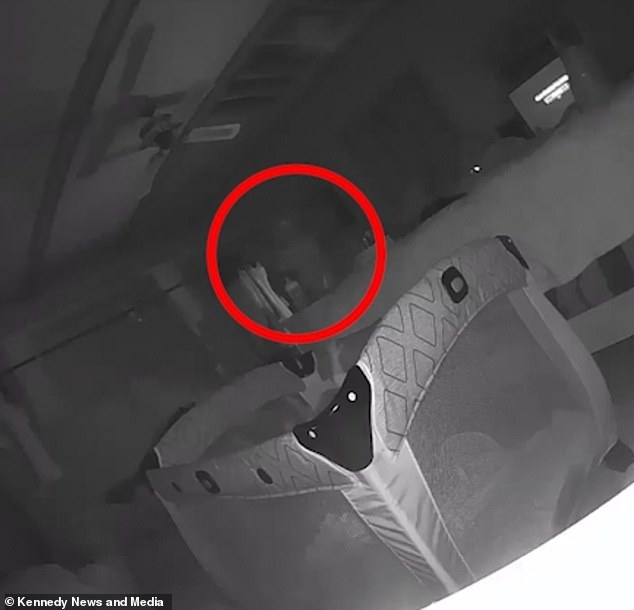 The couple currently resides in the husbands’ mother’s guest house in Highland, Michigan.

According to reports before the couple moved in, an elderly lady lived there. She was found dead at the bottom of the stairs and then, her “schizophrenic brother” lived in the home until his death a few years later.


“This is a spirit — I don’t know what its intentions are, but at this point it’s becoming physically harmful. This has made us want to leave as soon as possible. As soon as possible we’re out of here.”

Josh Higgins, Husband and Father of the baby (Source)

That’s a big NOPE for me.

It would only take once for that to happen before I’d leave and never come back. Heck, I’d go stay in a hotel especially if a ghost was attacking my child.

Watch the video below for yourself and tell me if you think it’s a real ghost or not?