When Sean “Diddy” Combs’ ex-girlfriend, Kim Porter, passed away from pneumonia, it was a shock to everyone. At age 47, she died on November 15, 2018 -exactly one month shy of her 48th birthday. Left to mourn, were her 4 children- sons, Quincy and Christian Combs; and twin daughters, Jessie, and D’Lila Combs.

At the time or her passing, we all wondered how their youngest babies, Jessie and D’Lila, would cope after suddenly losing the woman who meant everything to them at such a young age.

As the months progress, it’s becoming clearer that those beautiful children are coping as best as they can and have a ton of loving support around them. Many have come to their aide, including of course, their Pops, and big brothers…but also many others family members, as well as celebrity friends, like Mary J. Blige.

Now, four months after Kim’s passing, Diddy has just paid a very touching homage to her. In doing so, he also took a moment to share a photo of their twins with a man the public rarely (if ever) gets to see- their grandad, Kim Porter’s father.

See What Diddy Shared Next, First Up, He Thanked Kim…


And just like that , my lil ladies Jessie and D’Lila are off to Middle School 😢😢 #timekeeponticking
A post shared by Kim Porter (@ladykp) on Sep 4, 2018 at 2:14pm PDT


Diddy is admittedly learning to adjust to his new role as a single parent, as he takes on the daily duties that Kim would normally handle for their little princesses. So he has now taken to social media to thank Kim for making his transition into ‘Mr. Mom’ so much smoother, by the excellent job she’d already done in laying the foundation for their daughters…

diddy: @ladykp look at your babies. They do everything like you. They take care of me and I take of them Thank you for best family a man could ask for @ladykp I SALUTE YOU QUEEN. YOU DID A GREAT JOB RAISING US INCLUDING ME. THE BABIES LOOK LIKE you AND ACT LIKE YOU. DOWN TO THERE MANERISIM they’re you. And we miss you @ladykp #KIMSTRONG 🖤🖤🖤🖤 WE LOVE YOU MAMA💗 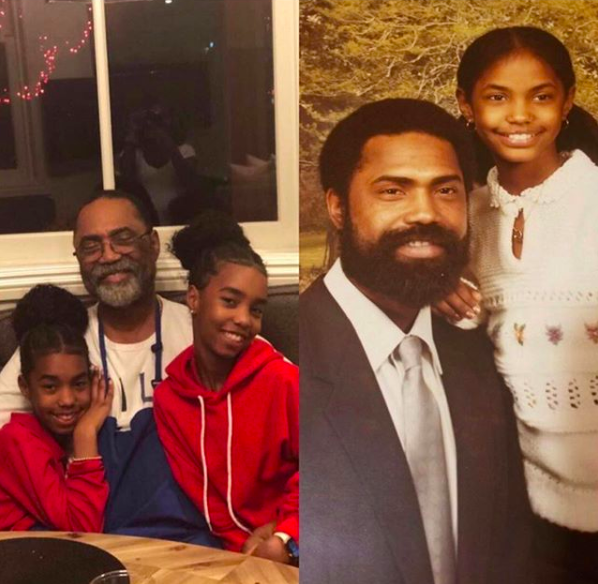 (L) Jessie and D’Lila Combs with their grandfather (Kim Porter’s dad); (R) Throwback photo of Kim Porter with her Dad (via @diddy Instagram)

Above, is the photo Diddy shared of Jessie and D’Lila having some chill time with their Grandpops, as well as a throwback photo of a young Kim Porter with her Dad. As you can see, Kim was the splitting image of her Pops.

There isn’t much info available on Kim’s father, not even his name at this point. But the good thing is that, the world doesn’t need to know his name, as long as his grandbabies know him and the love he has for them.

Kim was also very close to her beloved mother, Sarah, and sometimes shared photos of her on Instagram, much like the one below… 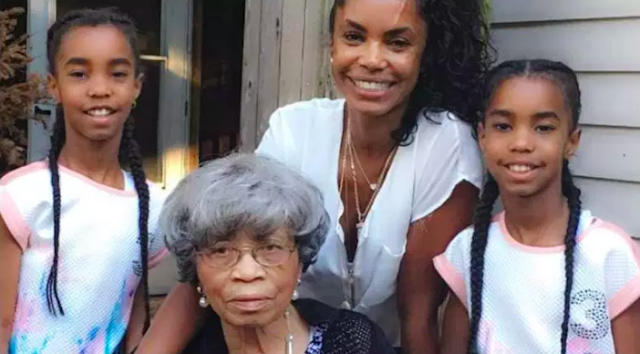 Kim Porter with her mother, Sarah, and daughters (via Instagram)

As far as how Diddy’s new normal as “MommyDad,” as he refers to himself, the below footage is all the proof we need to show that he’s doing an excellent job…