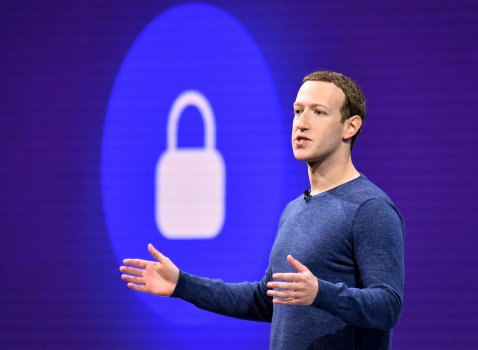 This time, the company is having to explain how it came to upload the email contacts of 1.5 million users as they signed up to the social networking service.

The collection of contacts was amassed over the last two years, according to Business Insider, though Facebook said it was done “unintentionally.” It’s now in the process of deleting the contacts from its servers.

The news outlet noticed earlier this month that in some instances during Facebook’s sign-up process, the company would ask you to verify your identity by entering your email password. If you did so, a message would appear on the screen indicating that Facebook was importing your contact list — without requesting prior approval from the user.

Facebook hasn’t said how many contacts it uploaded, but even at, say, 50 per sign-up, that would equal 75 million contacts added to its servers, allowing it to further expand its network of user connections and improve recommendations for existing members to add as friends.

“Last month we stopped offering email password verification as an option for people verifying their account when signing up for Facebook for the first time,” the company said in a statement this week.

“When we looked into the steps people were going through to verify their accounts we found that in some cases people’s email contacts were also unintentionally uploaded to Facebook when they created their account.”

Facebook said it estimates that “up to 1.5 million people’s email contacts may have been uploaded,” but insisted that the information was not shared with anyone and was now being deleted.

It added: “We’ve fixed the underlying issue and are notifying people whose contacts were imported. People can also review and manage the contacts they share with Facebook in their settings.”

The revelation is the latest in a string of recent blunders involving Facebook. Just a few weeks ago it was revealed that personal data belonging to more than half a billion Facebook users was left exposed by third-party apps on publicly visible Amazon cloud servers, and in December 2018, an API bug revealed the private photos of as many as 6.8 million Facebook users to third-party apps.

And then of course there was the damaging Cambridge Analytica scandal in which the data of tens of millions of Facebook users was acquired for political purposes.