Fearless Toddler Sings Anthem As An Audience of 6,000 Give Standing Ovation

No Comments
Professionals spend their whole lives practicing and rehearsing so they can perform without fear, but this little kid had zero experience.

Nonetheless, he’s the youngest person I have ever witnessed singing our anthem. 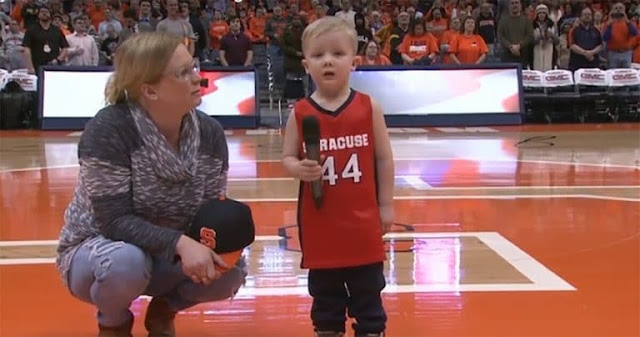 He’s only three years old, and he moves people to tears.

On the internet, he’s touching hundreds of thousands of people, with close to 500,000 viewers of his amazing singing.

Drake Winslow, 3, is by far the youngest kid ever to perform the Star Spangled Banner before the School Day game audience in New York.

His bravery and confidence were what helped him perform without a hitch, before more than six thousand people.

His mind-blowing bravery had the audience standing up on their feet. 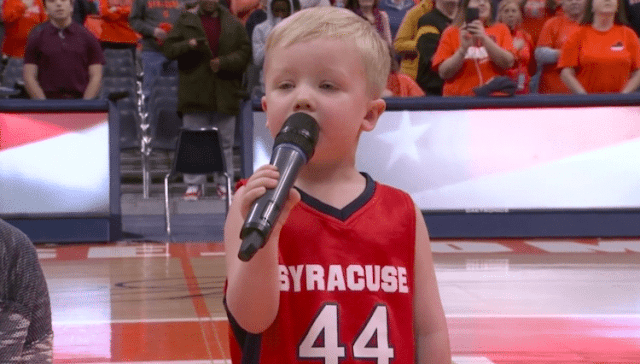 Drake’s mom was standing beside her son while he performed. She said: “I just think he’s too little to realize how big of a deal it is.”

“We just try to stay calm for him and not really talk it up. We don’t ask him if he’s nervous. So then maybe he won’t think of that. I don’t he really knows what nervous is yet.”

According to mom Chelsea, Drake adores singing at home, but his top song to perform was always our National Anthem.

Sources say Drake is excited to perform it again!