Half Of Canada Thinks The U.S. Is Full Of Nazis 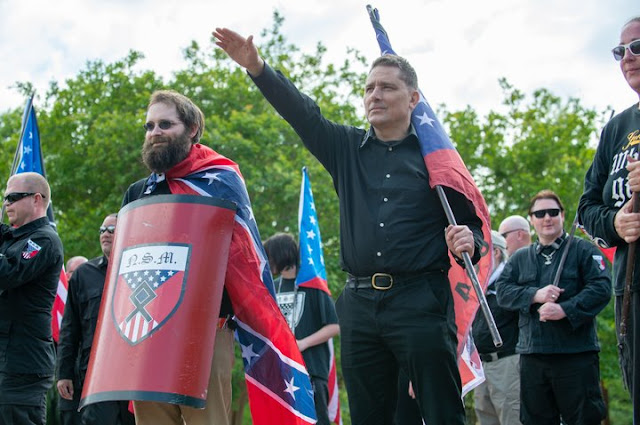 Nearly half of all Canadians believe the United States has a Nazi problem, according to a survey on Holocaust remembrance released Thursday.

It’s no mystery where they got that perception. Last year, a group of neo-Nazis received the red-carpet treatment from U.S. law enforcement as they traveled to Washington for a rally. A respected Holocaust scholar seriously compared certain American elected officials to those in Germany during the rise of the Nazis. And Americans re-elected a white supremacist congressman mere days after an anti-Semitic gunman murdered Jewish worshippers in Pennsylvania.

The Azrieli Foundation and the Conference on Jewish Material Claims Against Germany polled Canadian adults with questions about the Holocaust and anti-Semitism, releasing the results about nine months after a similar survey of Americans.

Like their northern neighbors, Americans also saw a Nazi problem in the U.S., according to the earlier survey. A total of 51 percent said there are a “great deal” of or “many” neo-Nazis in their country.

The results of the U.S. survey sparked alarm, including for the finding that two-thirds of American millennials did not know what Auschwitz was. Americans as a whole did not fare much better, with 41 percent being unable to identify the Nazi concentration camp.

As it turns out, Canadians’ knowledge of the Holocaust is not much better. According to the new survey, 52 percent of Canadian millennials and 49 percent of all Canadians could not name one Nazi concentration camp.

While the results of the two surveys show an ignorance of one of Western civilization’s greatest atrocities, pollsters note that ― at least in the U.S. ― Holocaust awareness has been near these levels for a couple of decades already.

Perhaps recognizing the knowledge gap, large majorities in both the U.S. and Canada said they support Holocaust education in schools.

The survey of Canadians was conducted Sept. 1-8, 2018, by Schoen Consulting, using a combination of phone calls and responses from an online panel.