Hyundai warns of 'fear-mongering' over electric cars in Australia election 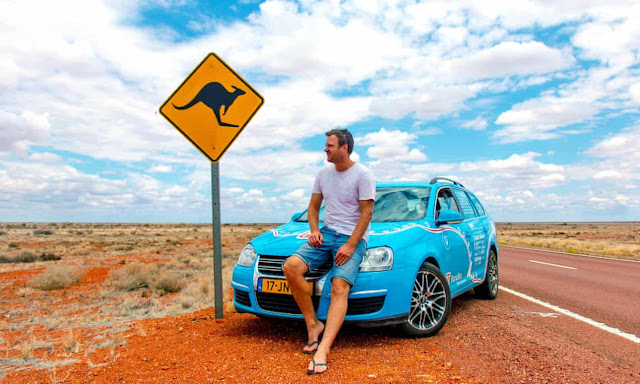 Hyundai Motor Group says it will sell every electric vehicle it brings to Australia and has “no fear” of the market changing in order to cut carbon pollution.

The carmaker has responded to the political commentary of recent days, which included the prime minister Scott Morrison claiming Labor’s electric vehicle target was a threat to Australians who like to drive SUVs.

Nargar said how quick the take-up of EVs was in Australia would depend, in part, on policy, including vehicle emissions standards which have driven the transition to electric vehicles in the northern hemisphere.

Labor has proposed introducing vehicle emissions standards for manufacturers, but a government plan to implement similar regulations appears to have been shelved, despite modelling showing it would deliver millions in fuel savings and an economy-wide benefit of $13.9b.

“During the election, we hope the conversation goes away from the fear-mongering and misleading to actual facts,” Nargar said.

Morrison appeared to back away on Wednesday from his outright criticism of Labor’s electric vehicle (EV) target. He said “this isn’t about electric cars, this is about the fact that Bill Shorten can’t explain what his policies mean to Australians”.

Car manufacturers say Australia’s transition to electric vehicles is a decade behind parts of the US and Europe.

But most major dealers have a raft of models they are preparing to bring to Australia over the next one to five years, if they have not launched already.

Toyota, which on Thursday was forced to distance itself from Liberal party Facebook ads falsely accusing Labor of wanting to tax its HiLux utes, says it is on track to provide an electric option for its entire model range by 2025.

Nissan, which already has EVs on the Australian market, will launch its second generation LEAF in August.

Nissan’s Karla Leach said the company had already received 12,000 expressions of interest from Australian drivers, months out from the launch.

The company has committed to electrifying a third of the cars it sells in Australia by 2022.

Volkswagen Group and Mercedes-Benz also have new models in the works.

Mercedes-Benz will launch its EQC electric SUV in Australia in October.

“We’ll have some this year (in Australia) and a much bigger batch next year. We know there’s an appeal there for customers,” Ryan Lewis, product communications manager at Mercedes-Benz Cars Australia, said.

He said electric cars had to be part of the company’s portfolio in order to meet environmental targets to cut carbon emissions.

Internationally, Volkswagen will roll out its ID series of electric vehicles that will come to mirror the conventional range of hatchbacks, sedans, SUVs and people movers including an electric Kombi.

Paul Pottinger, of Volkswagen, said they would arrive in Australia after they had been launched in the US and European markets.

“Currently the Australian rollout is slated for 2022, but that is in part contingent on the release of clear and detailed government policy.”