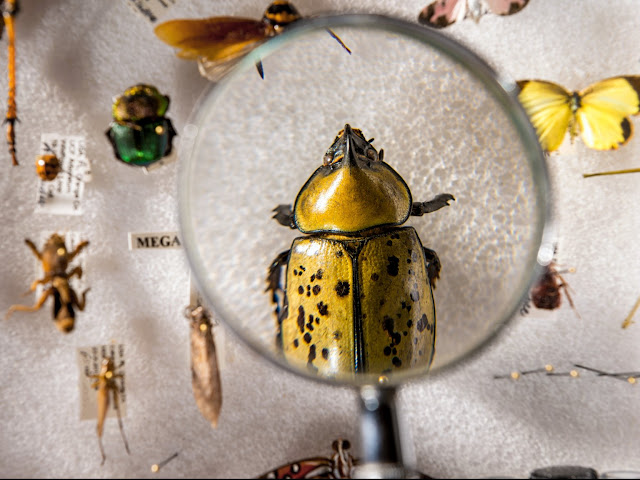 Somehow, it's easier to be concerned about wolves, sea turtles, and white rhinos dying off than it is to feel remorse over vanishing bugs.

But the loss of insects is a dire threat — one that could trigger a "catastrophic collapse of Earth's ecosystems," according to a February 2019 study.

The research, the first global review of its kind, looked at 73 historical reports on insect declines around the world and found the total mass of all insects on the planets is decreasing by 2.5% per year.

If this trend continues unabated, the Earth may not have any insects at all by 2119.

Another recent study, published in the journal Nature Communications, reported that one-third of 353 wild bee and hoverfly species in the UK experienced declines between 1980 and 2013.

The trends in these studies herald a big problem, because insects are food sources for countless bird, fish, and mammal species. Pollinators like bees and hoverflies also perform a crucial role in fruit, vegetable, and nut production.

Insects are going extinct 8 times faster than mammals, birds, and reptiles
Sanchez-Bayo and his coauthors focused their analysis on insects in European and North American countries. They estimated that 41% of insect species are in decline, 31% are threatened (according to criteria set by the International Union for Conservation of Nature), and 10% are going locally extinct.

That extinction rate is eight times faster than the observed pace of extinction for mammals, birds, and reptiles.

The study suggested that bee species in the UK, Denmark, and North America have taken major hits — bumblebees, honey bees, and wild bee species are all declining. In the US, the number of honey-bee colonies dropped from 6 million in 1947 to 2.5 million just six decades later. 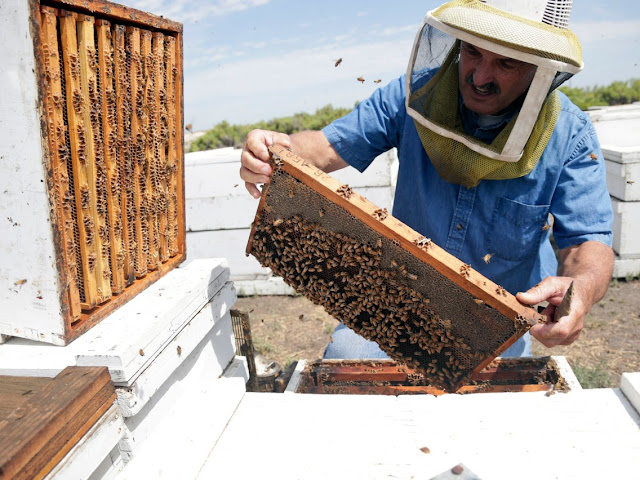 Moths and butterflies are also disappearing across Europe and the US. Between 2000 and 2009 alone, the UK lost 58% of butterfly species on farmed land.

Dragonflies, mayflies, and beetles appear to be dying off as well.

When looking at all animal populations planetwide (not just insects), according to a 2017 study, the Earth appears to be undergoing a process of "biological annihilation." That analysis estimated that "as much as 50% of the number of animal individuals that once shared Earth with us are already gone."

This rapid decline in global biodiversity is sometimes called the "sixth extinction," since it's the sixth time in the history of life on Earth that the planet's fauna has experienced a major collapse in numbers.

In the past, mass extinctions have been caused by the emergence of ice ages or asteroid collisions. This mass extinction, however, is driven by human activities — namely deforestation, mining, and carbon-dioxide emissions that contribute to global warming.

"As insects comprise about two thirds of all terrestrial species on Earth, the above trends confirm that the sixth major extinction event is profoundly impacting life forms on our planet," the authors wrote.

'Catastrophic consequences for ... the survival of mankind' 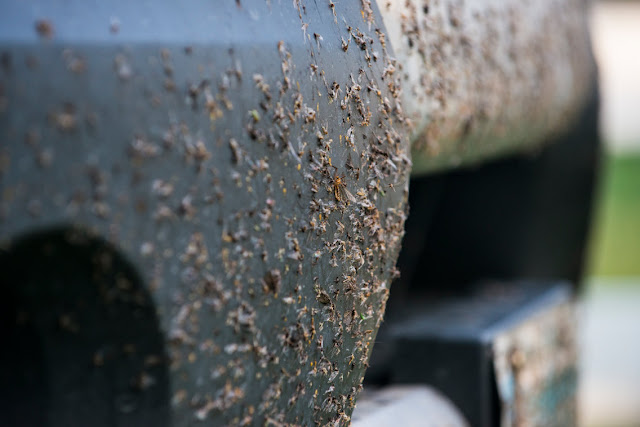 By 2119, all the world's insects could be gone. Joe Klementovich/Aurora Photos/Getty

The study emphasized that insects are "essential for the proper functioning of all ecosystems" as food sources, crop pollinators, pest controllers, and nutrient recyclers in soil.

"If insect species losses cannot be halted, this will have catastrophic consequences for both the planet's ecosystems and for the survival of mankind," Sanchez-Bayo told The Guardian.

Substantial declines in insect populations therefore threaten the food, timber, and fiber production that humanity's survival depends on, according to Timothy Schowalter, a professor of entomology at Louisiana State University.

"The pollinator declines jeopardize 35% of our global food supply, which is why European countries are mandating protection and restoration of pollinator habitats," he told Business Insider.

The authors of the recent UK study noted that the geographic range of bee and hoverfly species declined by 25% — that's a net loss of about 11 species per square kilometer, primarily due to a reduction in the pollinators' habitats. Only one in ten surveyed species had a wider range. 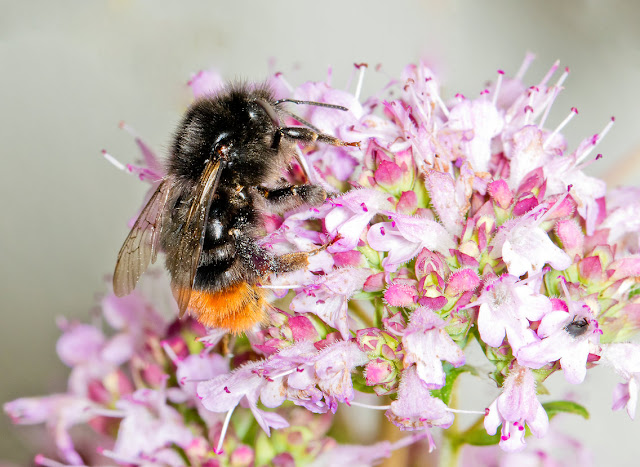 Bombus ruderarius, or the Red-shanked Carder Bee, was formerly a widespread bumblebee species found in much of England and Wales, and parts of Scotland. But the species declined by 42% between 1980 and 2013.

"The declines in Britain can be viewed as a warning about the health of our countryside," the UK study's lead author Gary Powney told The Guardian.

Schowalter added that insects also are critical food resources for many birds, fish, and other vertebrates, which would disappear if their food sources do.

"Insects are often maligned, or at least their significant contributions to ecosystem productivity and delivery of ecosystem services are underappreciated," Schowalter said. "In short, if insects and other arthropods do decline, our survival would be threatened."

Farming practices are behind the insect die-off
This isn't the first time scientists have called attention to plummeting insect populations.

In 2017, a study indicated that 75% of Germany's flying insects had disappeared since the 1990s. Another recent study showed that the total biomass of arthropods — creatures such as insects, spiders, and lobsters that have jointed legs but no backbone — in Puerto Rico has taken a nose dive since the 1970s.

Pesticides, fertilizers, and heavy land use for farming are primary drivers of this decline.

"Overall, the systematic, widespread and often superfluous use of pesticides in agricultural and pasture land over the past 60 years has negatively impacted most organisms, from insects to birds and bats," the authors of the new study wrote.

They added: "The conclusion is clear: unless we change our ways of producing food, insects as a whole will go down the path of extinction in a few decades."

Sanchez-Bayo told The Guardian he thinks insecticides such as neonicotinoids and fipronil are especially damaging.

"They sterilize the soil, killing all the grubs," he said. 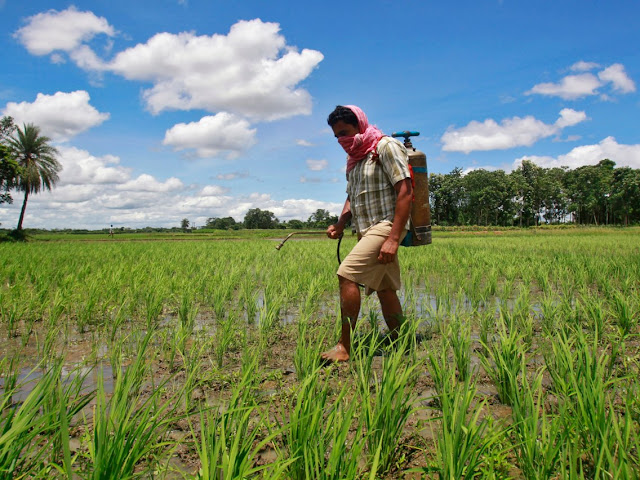 Climate-change-driven temperature shifts are playing a role in insect deaths, too, though it's not the main factor.

To address the steep decline in insect populations, Sanchez-Bayo and his coauthors are pushing for initiatives to restore insect habitats and cut down the amount of chemicals used in agricultural practices.

"It is imperative that current pesticide usage patterns, mainly insecticides and fungicides, are reduced to a minimum," they wrote.