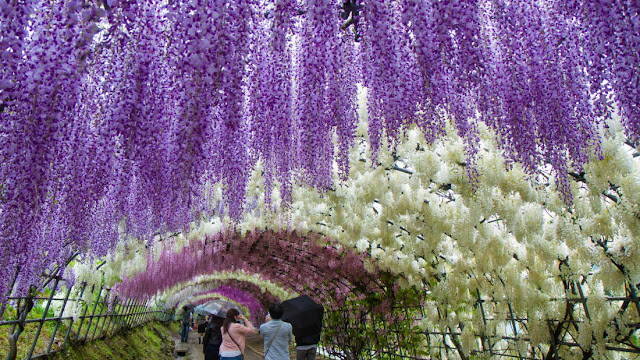 Japan’s cherry blossoms tend to steal the spotlight, but its wisteria vines are no less enchanting. As Travel + Leisure points out, there are a number of magical places around the country to see these flowering plants in all their glory.

Contrary to popular belief, not all wisteria plants are purple. Different varieties display different colors, which may include pale blue, pink, white, and yellow petals. Some of these hues are on display at Japan’s Ashikaga Flower Park, which has a wisteria ceiling that visitors can walk beneath. It’s home to more than 350 wisteria trees, as well as the oldest known wisteria plant in Japan (it's more than 140 years old).

Located north of Tokyo in Tochigi Prefecture, the park is open year-round, but the wisteria begin to bloom from mid-April to mid-May, depending on the variety. In some cases, the fuji season (as it’s known in Japanese) may coincide with the blooming of the sakura (cherry blossoms). A wisteria festival runs from April 13 to May 19, but if you can’t make it to Japan, you can check out the website to see what the garden looks like.

Check out some of the stunning wisteria photos below. 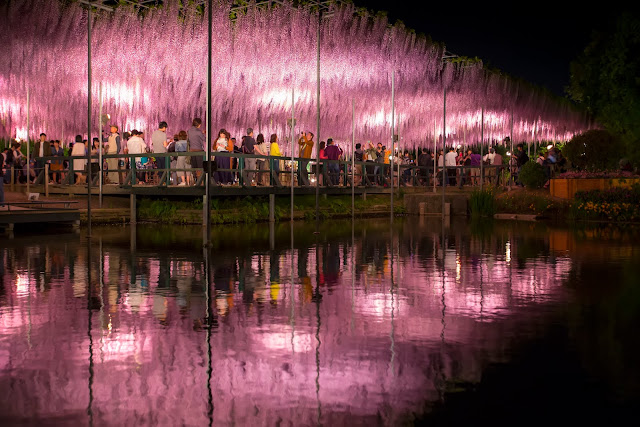 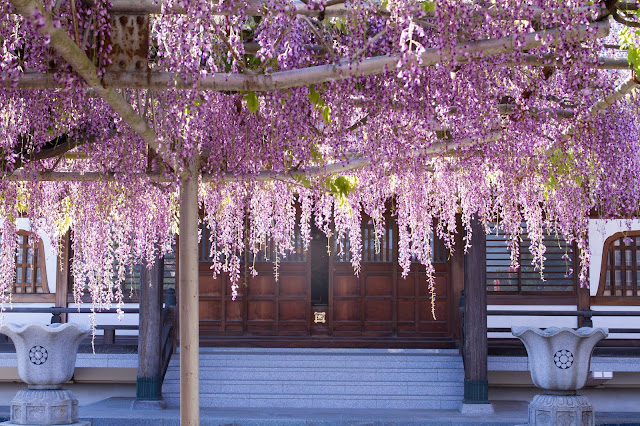 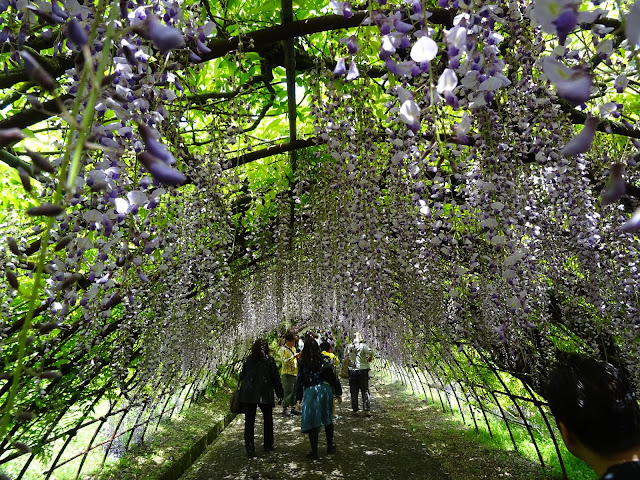 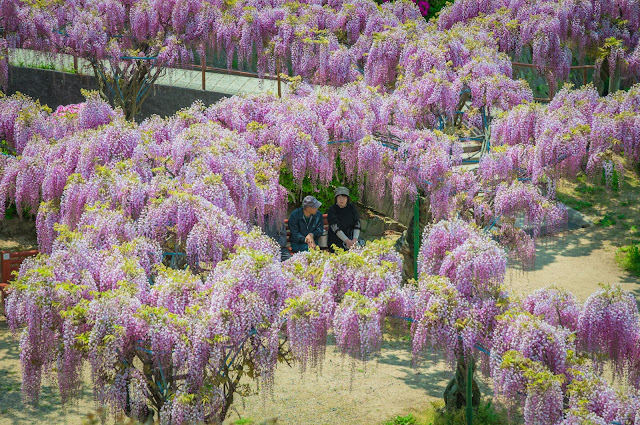