Man Caught Kicking Elderly Woman In The Head Gets Arrested, Claims She Deserved It 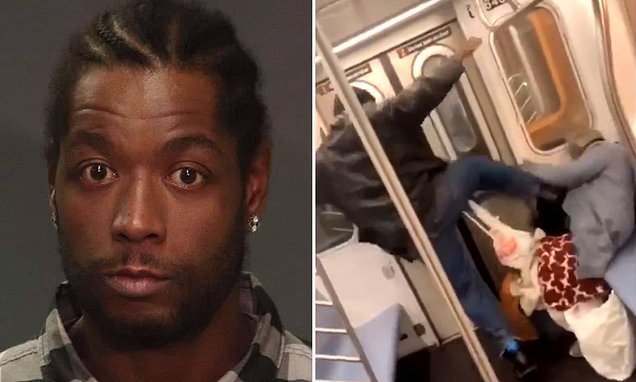 The viral video of an elderly New York woman getting kicked in the head by another subway passenger had resulted in an arrest. Restaurant worker Marc Gomez of Yonkers, NY was arrested over the weekend and charged with felony assault with $30,000 bail after prosecutors discovered he has a misdemeanor conviction and an open gun possession in the Bronx.

To make matters even worse, fellow passengers on the subway recorded the video of the attack yelling “ooohh, ahhhh, naahh” as Gomez kicked the woman, but did nothing to intervene or stop him.

According to the New York Post, investigators with the Bronx Transit Robberies Squad arrested Gomez after a tipster who saw the viral cellphone video recognized him and contacted the Sixth Precinct.

The suspect denies he kicked the woman and claims she came at him with a knife. Gomez’ court-appointed lawyer, Steven Mechanic, said, “She was homeless and lying across the seat and wanted all other passengers to move.” He continued, “She said, at that point, ‘I have a knife and I’m going to stab you,’” and flashed “a sharp instrument.”

A former neighbor of the victim told The Post, the elderly woman was mentally ill and had threatened residents with a knife in the past. The neighbor also shared that the victim is a childless, retired kindergarten teacher and that she moved out three or four years ago. One woman at the co-op said, “She was just mentally ill. She wasn’t paying rent. She threatened at least three co-opers with a knife. She used to call the fire department, cops all the time.”

Chief of Detectives Dermot Shea tweeted that the victim, whose name has been withheld, “is getting care, advocacy & support,” she needs. “The suspect wanted for the brutal subway attack of an elderly woman IS IN CUSTODY,” Shea reported.