No Comments
Lucky seven! The chance of a cheetah having septuplets happens 1% of the time, this is a very special litter.

"This is a very special birth to us because not only is it a big boost for Cheetah conservation by increasing the captive population, but also a cheetah having seven cubs at once only happens 1% of the time!" 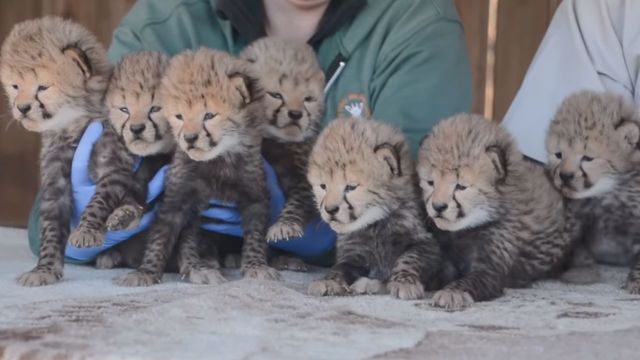 Since their arrival, the fur balls have had several checkups and recently had their first set of shots. According to the zoo they are in great health and are growing fast.

At the moment, both mother and cubs are enjoying each others' love at the zoo's breeding facility and are not on exhibit. The zoo plans to announce when they will be on exhibit.