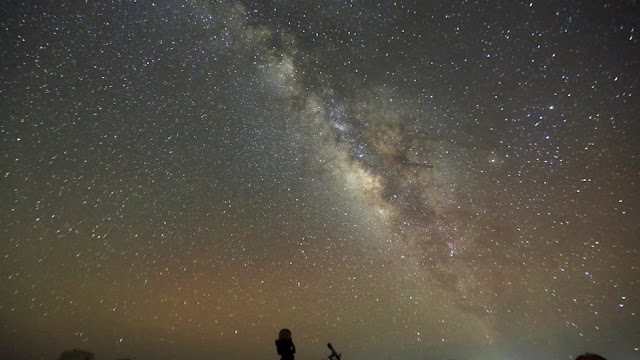 NASA has clocked up numerous amazing technological feats of engineering and ingenuity for decades, but a recent video from the space agency shows just how much work they have cut out for them.

In just the last few years, NASA has provided some incredible perspectives on our own planet, including stunning images of some of the Earth’s most majesticnatural phenomena.

Not content with studying our own backyard, the agency has beamed back photos and videos from Mars thanks to its now-deceased rover, not to mention orbiting far-flung asteroids to try and understand the origins of the universe itself.

In an attempt to explain the vastness of their field of study, NASA helpfully put together a short explainer video showcasing the mindblowing scale of the Milky Way galaxy.

In the words of Douglas Adams
"Space is big. Really big. You just won’t believe how vastly hugely mindbogglingly big it is. I mean you may think it’s a long way down the road to the chemist’s, but that’s just peanuts to space."
- The Hitchhiker's Guide to the Galaxy.
— Chris Edward (@IAMChrisEdward) April 15, 2019

Nice to have a bit of perspective on a Monday, especially when the Game of Thrones season eight premiere is stealing the headlines.

That’s how many stars there are in the visible universe. @novapbs > #GOT8
— LeeFromFargo (@LeeFromFargo) April 15, 2019

Some were humbled by the video, while others were a little overwhelmed, to say the least.