People In St. Louis Apparently Shred Their Bagels, And Twitter Is Calling 911

No Comments
A tweet from St. Louis native Alek Krautmann is tearing the Internet apart, and for good reason.

Krautman shared a photo revealing the “secret” way St. Louis residents eat their Panera bagels—which, apparently, is sliced into cross-sections like loaves of bread. “Today I introduced my coworkers to the St Louis secret of ordering bagels bread sliced. It was a hit!” tweeted Krautmann Monday evening.

By the following morning, furious tweets from bagel aficionados around the country had flooded the replies under Krautman’s photo.

Today I introduced my coworkers to the St Louis secret of ordering bagels bread sliced. It was a hit! pic.twitter.com/XNGbljtpYz
— Alek Krautmann (@AlekKrautmann) March 26, 2019

Not only does the sliced-bagel method result in irregularly sized pieces of bagel that render the hard outer shell meaningless and undetectable, it’s also one of those “eat less” hacks that actually causes you to eat more because you can’t accurately judge how much you’re eating.

Also worth mentioning is these miserable bagels are from Panera Bread, which, as we recently learned, is one of several companies owned by two billionaires who staunchly supported Hitler and profited from the Nazi regime.

So I guess there’s no little irony in the comments accusing Krautmann of anti-semitism and blasphemy for the vertically-sliced bagels. 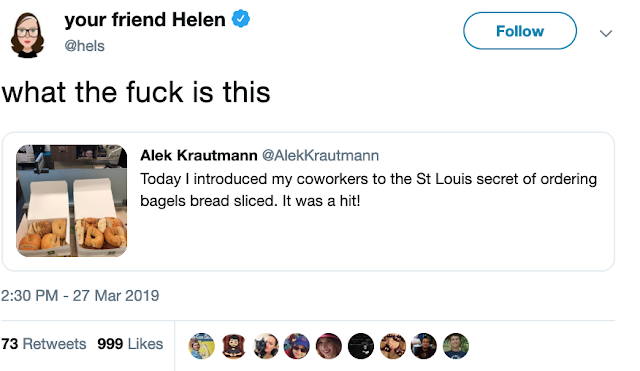 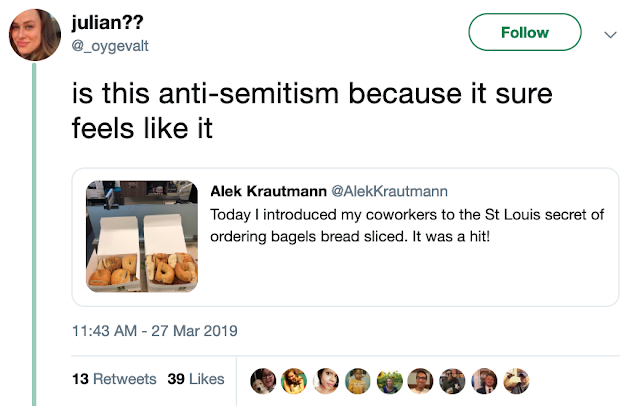 Folks were quick to call for Krautmann’s instant incarceration. 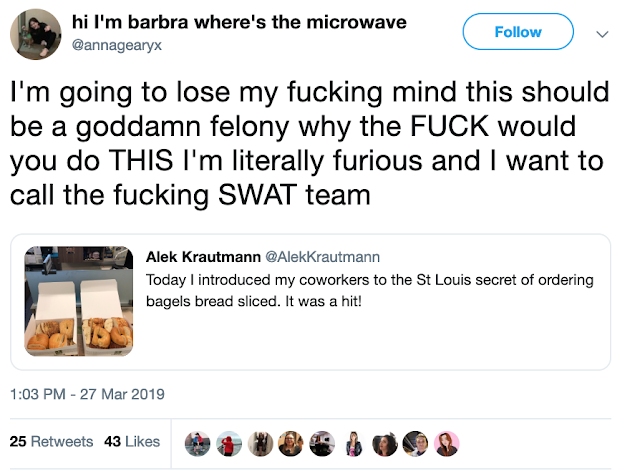 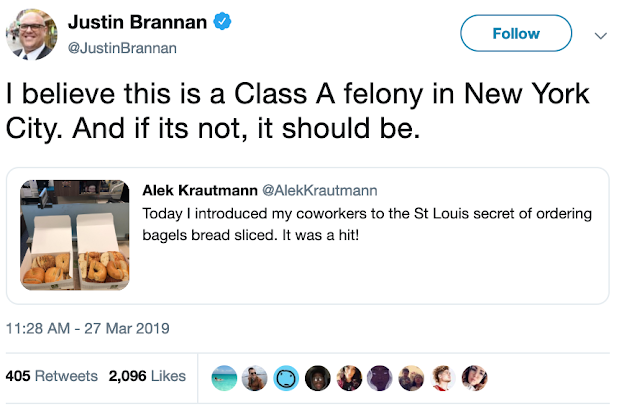 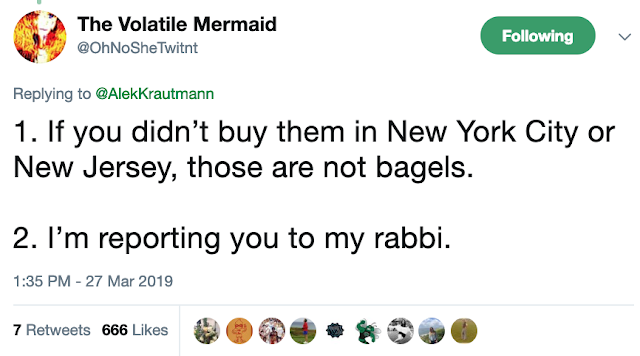 NYPD Chief of Detectives Dermot F. Shea said he would if he could. 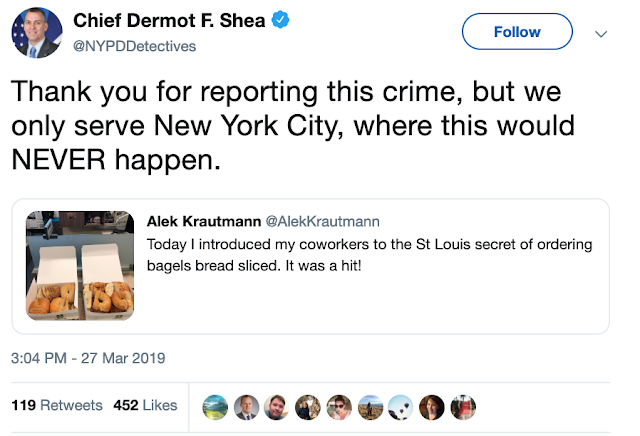 This would never fly in New York! cried New Yorkers. 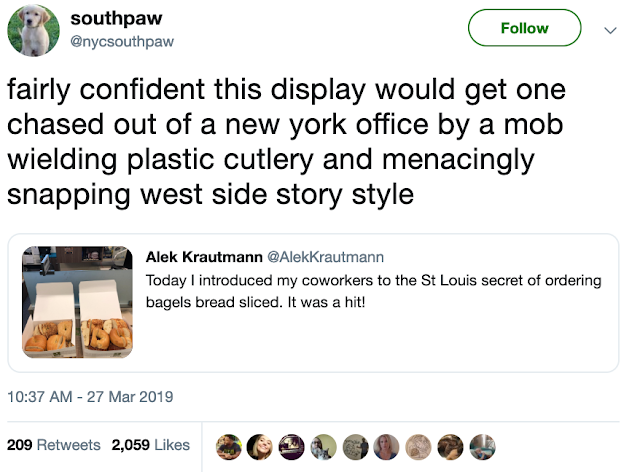 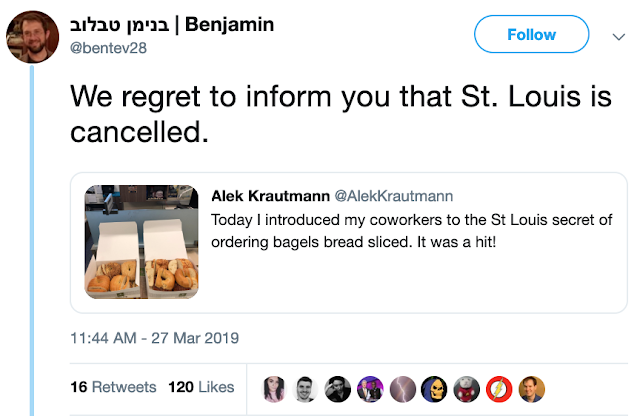 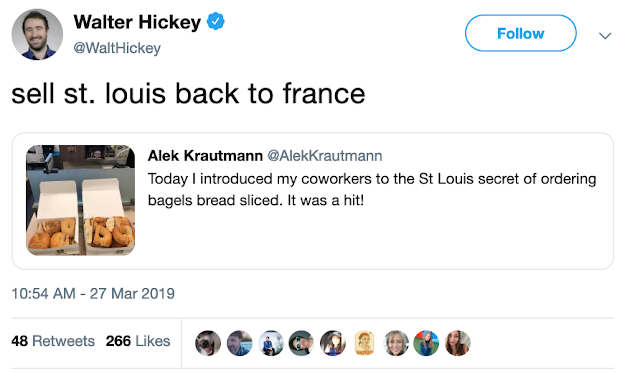 James Patterson, one of the world’s highest-paid writers, weighed in: 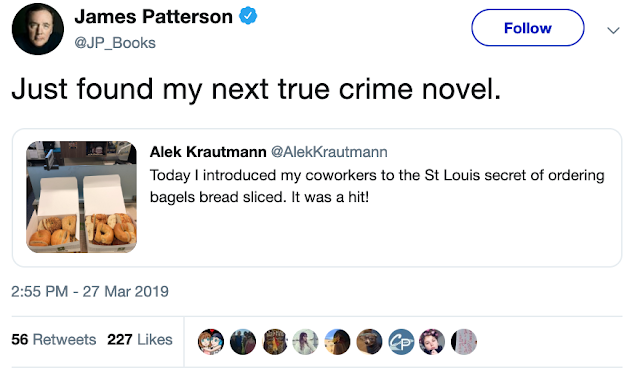 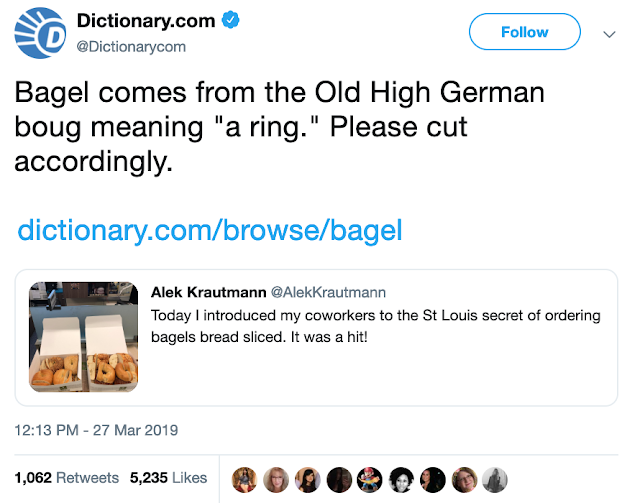 He concluded his Q&A with this: