Someone used a coupon from 1983 — and it actually worked 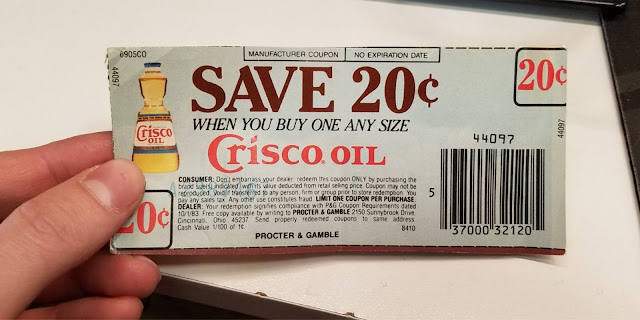 Grocery shopping can take a big chunk out of any family’s budget, so people are always searching for new ways to save money — from choosing the best day of the week to shop to couponing.

But one thrifty shopper in Long Island, New York, really took their sweet time to save a few cents.

On Tuesday, Anatoly Shashkin, who has worked in grocery stores for 13 years (and currently manages North Shore Farms supermarket in Mineola, New York), was presented with a surprising — some might even say vintage — voucher.

Many coupons come with very specific requirements, for example, you have to buy multiple items, or restrictive expiration dates. But coupons without expiration dates are apparently good for decades — as this manufacturer's coupon clearly stated, "No expiration date."

After Shashkin took a photo of the coupon (which he confirmed to TODAY Food that he did accept) and shared it on Twitter, people started having a field day.

Some on social media pointed out that, due to inflation, the coupon was technically worth less than 20 cents in 1983 dollars. If it had been for 20 percent off (or more), the shopper would have saved the same amount on a standard bottle of oil.

Others even shared their old coupons.

I never knew I wanted to collect vintage coupons until today. Look at that beauty! 😍
— Not Jenelle Evans (@HaveAHeartx3) March 20, 2019

Many simply marveled at the coupon's vintage look and admired the shopper (who wishes to remain anonymous) for holding on to such a small, flimsy piece of paper for so long.

However, most people can agree that a modest deal on a household staple is probably better than no deal at all.