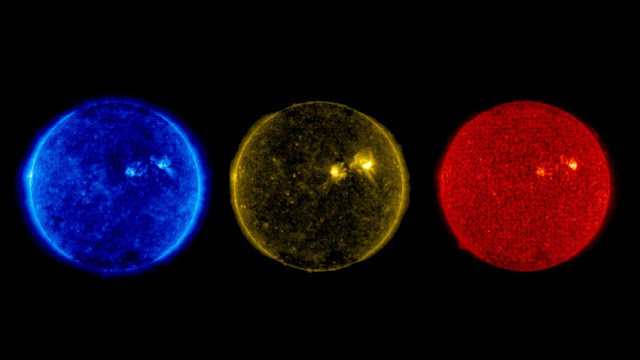 The Carrington Event is probably the most famous occurrence in the history of space weather. A massive solar storm that hit Earth in 1859, it produced so much geomagnetic activity that the Northern Lights were seen as far south as Cuba. Telegraph operators reported sparks flying from their equipment. This doesn’t sound too bad, but if it happened today, it could debilitate power in urban centers, cut off GPS, and put satellite communications at risk.

Storms like this may happen only once every 100 or 200 years, but if one is coming, we will need to know.

Space weather analysis looks for warnings of such catastrophic events (and smaller, more frequent solar flares) by observing the sun’s solar wind, coronal mass ejections (when the sun throws out plasma from its corona, disturbing magnetic fields), and other phenomena. The forecasts can predict when auroras will light up the sky, but more important, they can warn of an impending catastrophic event.

Right now, though, we get only a few hours to a few days of warning. The main reason is that we don’t have a good view of the entire sun, and so we can’t see when something dangerous is forming around its back side. A planned mission from the European Space Agency could change that by giving us a peek around the side—adding a vital resource to the arsenal of solar forecasters. Scientists are in a race against time to get the Lagrange mission launched before our other methods of spotting dangerous sun weather are no longer operational. 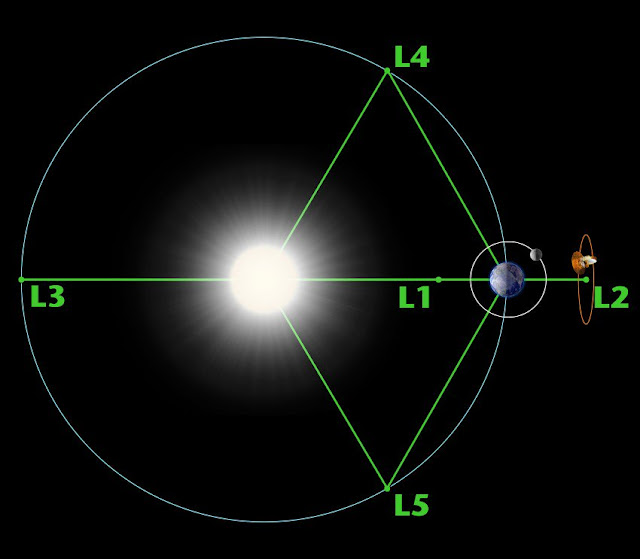 Diagram of Lagrange points between the Earth and the sun.

Until now, most space weather missions have been either Earth-orbiting or located at Lagrange point L1, which sits between Earth and the sun. Lagrange points are locations in space where an object will maintain the same position relative to two bodies that are in orbit around each other. For example, an object at the L1 point appears to stay right in front of Earth, affording an uninterrupted view of the sun at all times. This makes it a great place for science missions—which have to expend less energy to stay in place to take data—and, more specifically, sun-observing satellites.

But that only gives us a view of one side of the star. ESA’s Lagrange mission will take advantage of Lagrange point 5 to give us a new perspective. L5 is about one astronomical unit from Earth (the distance of the sun, or 150 million kilometers), but off to the side of the planet. “This is the first spacecraft that really plans to stay there in L5 and continuously deliver data,” says ESA’s L1/L5 mission study manager, Stefan Kraft. NASA’s STEREO crafts briefly visited the points in 2009, but actually stopping requires a lot more fuel.

This side view would give ESA researchers a constant look at the surface of the sun before it rotates toward Earth (the sun rotates about once every 27 days), providing earlier and more accurate warnings if dangerous space weather could be on its way.

Pairing data from L1 and L5 will help reduce alert times, too. Right now, the impact of a coronal mass ejection on Earth can only be predicted with an accuracy of six to 12 hours. According to ESA’s head of the space weather segment, Juha-Pekka Luntama, the Lagrange mission would bring that down to a few hours. For perspective, the fastest ejections would take 15 to 18 hours to hit Earth. He says it would also improve warning times for high-speed solar wind streams, which—although not as dangerous—can disturb power grids and geostationary satellites. 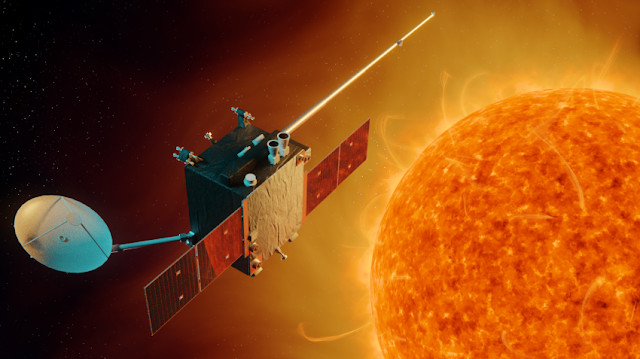 Rendering of the Lagrange satellite.

For minor space weather, more timely warnings could ensure that no spacewalks are scheduled during a storm and that emergency responders on Earth have backup communications ready to go in case their radios go out. In case of a Carrington-like event, satellite operators could shut down their operations, warnings could be issued to the general public that their GPS devices will shut down, and power grid operators could be given the chance to protect their equipment.

Technically the mission will be challenging. On Earth, three evenly spaced stations in the ESA’s Estrack network will work together to consistently receive signals from the craft as the planet rotates. And getting the signal to Earth in the first place is no easy task either. The L5 point is about 100 times as far from Earth as L1, meaning the rate at which the data can be sent back is reduced.

Then there are the solar storms themselves. The craft won’t just be sending back data about them—it will have to withstand them, too. “When we have severe space weather events, then we would still like to observe,” says Kraft. “Whereas all the other spacecraft can basically hide themselves and go into safe mode, our spacecraft would need to be ready.” He says the team is currently developing more robust shielding that can help the satellite withstand storms stronger than the Carrington Event.

To continue imaging the sun during extreme weather, the craft will use artificial intelligence to recognize and delete, frame by frame, charged particles that create a sort of “snow” on images.

“Our capability to monitor space based weather is degrading.”
-Juha-Pekka Luntama

The mission is still in its early stages. Right now the team is developing the technical plan and putting together a proposal to be pitched along with other ESA studies in November. They are exploring exactly how robust the systems need to be, balancing financial constraints with the need to protect the craft. Hinging on that proposal is further funding to actually execute the mission. If all goes to plan, they’ll launch in 2025.

Kraft is optimistic that the mission will be approved. He says the team has already received relatively clear indications from countries including Germany and the UK that they want to support it.

The timing on that approval is critical, because new space weather missions are desperately needed. Within just a few years we will lose some of the most crucial science satellites that have been operating for decades. “Our capability to monitor space-based weather is degrading,” says Luntama.

The mission that researchers are most worried about losing is the Solar and Heliospheric Observatory Satellite (SOHO), which sits at L1. It’s the only mission hosting an instrument that monitors the onset of coronal mass ejections toward Earth. And it’s the primary tool still used to give alerts and warnings when something dangerous is happening in the sun.

Launched in 1995, it’s already been in space for more than 20 years—more than four times its original intended life span. The US National Oceanic and Atmospheric Administration (NOAA) is also planning its own solar observatory to help replace the SOHO data that could be lost at L1. It’s targeted to launch in 2024, which is just in time: Luntama says SOHO has, at the latest, until 2024 before it fails. Technical problems could cause it to do so any day.

“We need to make sure that we maintain our capability to monitor space weather,” he says. “Otherwise, in a few years’ time we are actually going to be blind, and we will not be able to protect our infrastructure from space weather anymore.”