Tiny Donkey Desperately Wants To Be A Clydesdale, Has Internet In Stitches As He Makes His Case

No Comments
A heartwarming Budweiser commercial has, once again, gone viral on the internet. The video features a young donkey who's dream is to be an iconic Clydesdale horse, which are used in both the farming and racing industries. 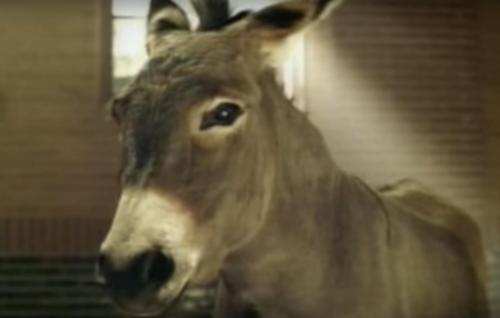 Clydesdale horses a type of draft horse that famously have shaggy hair on the bottom half of their legs. Budweiser has a team of Clydesdale horses that they use in promotional events and commercials that have become an iconic of American marketing. They are commonly used in the company's iconic Super Bowl ads. Many of the Budweiser Clydesdales stay at the company's headquarters in Merrimack, New Hampshire or St. Louis, Missouri.

In the commercial, the tiny donkey tells viewers about his life goal to be part of the Clydesdale racing team. The donkey does everything to train, like pulling beer to get stronger and getting hair extensions placed on his legs to give him the iconic look. After a preparation montage, the little donkey is finally feeling like a Clydesdale horse. 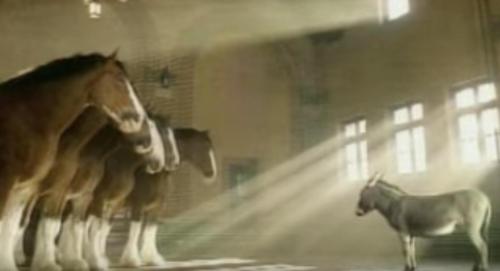 Finally, the donkey gets a chance to audition in front of his dream team. His audition is hilarious and the video is inspiring and motivational. 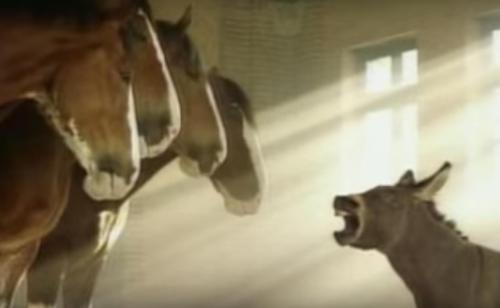 While the video is from an older commercial, it deeply resonated with viewers who are now discovering it for the first time. 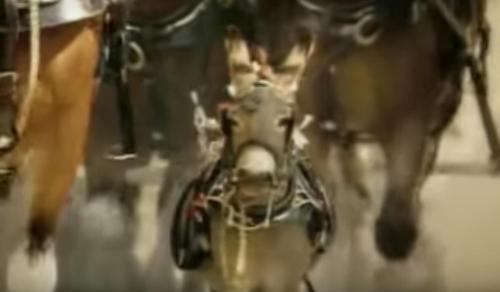