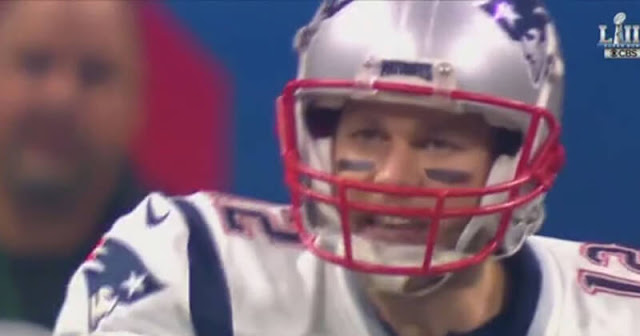 The New England Patriots are officially the team of the Republican Party now.

Not only does President Trump love them back and make it known whenever he is asked.

But we now know that Brady is a fan of former President Ronald Reagan.

At the start of the third quarter Brady was calling a play and shouted “Reagan! Reagan!”

The play was a run to the right and in the Republicans are the right wing.

It was a fantastic moment for anyone who is a Republican and who is cheering for the Patriots and many noticed.

I love it. Tom Brady shouted Reagan Reagan and then they ran to the right. I officially love Tom Brady and the Patriots are officially the team of the Republican Party. @GOP.
— Carmine Sabia (@CarmineSabia) February 4, 2019

“Reagan! Reagan!” — Tom Brady, with the audible before an off-tackle run