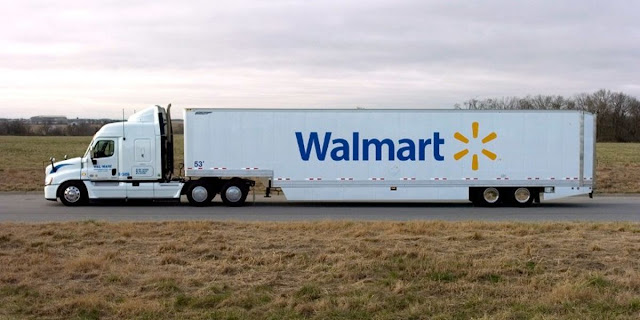 The 8,000 truckers who work for Walmart are getting a raise, with average pay soon approaching $90,000 a year, as the retailing heavyweight looks to hire hundreds more drivers amid an ongoing shortage of truck drivers.

Walmart's bid to recruit more truck drivers had it running national TV ads in the fall, shortening the hiring process and offering referral bonuses of as much as $1,500. The company hired 1,400 new drivers in 2018, and "hundreds more are slated to join in 2019," according to Walmart.

Starting next month, truck drivers will get a per-mile hike of one cent and an extra $1 each time they drop a trailer at a destination, Walmart said Wednesday. That will bring average pay for drivers to $87,500 a year. The company also said people can expect predictable schedules, at least 21 days of paid time off and possible quarterly bonuses.

"Walmart is looking to hire 900 drivers in 2019," the company told CBS MoneyWatch in an emailed statement. "We have stepped up our recruiting, improved and streamlined our onboarding process and increased driver pay."

Walmart does not disclose its actual driver turnover rate for business reasons, but historically, it has averaged about 10 percent, a spokesperson emailed. "The number one reason our drivers leave is retirement – our turnover is one of the lowest in the industry!" exclaims Walmart's job listing for drivers.

The industry's churn rate was 87 percent in the third quarter, the American Trucking Association said this month. While that's actually the lowest worker-turnover rate since the first quarter of 2017, the industry group attributed the high but lowered annualized turnover rate to rising wages and a softening in freight volumes moved around the country during the three-month period.

Walmart has had its own trucking fleet since the 1970s, with drivers making deliveries to 4,700 Walmart and Sam's Club stores around the U.S. Walmart requires job candidates to have at least 30 months of full-time commercial driving experience and no serious traffic violations in the past three years.