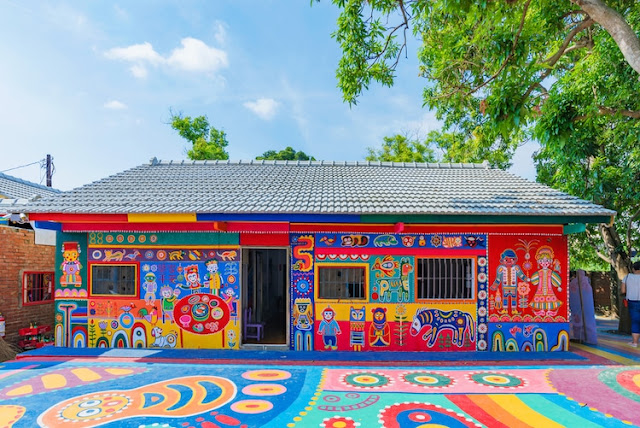 A little over 10 years ago, a then-86-year-old Huang Yung-fu faced a dilemma. The Taiwanese government was threatening to knock down his village, as he was the last remaining resident, in attempts to build a more modern apartment complex. He was offered money to pack up his home and move elsewhere, but couldn’t bear the thought of leaving the only home he’d ever known in Taiwan. That’s when he started painting.

Huang, now affectionately known as “Rainbow Grandpa,” was born in China. After fighting in the Sino-Japanese War and World War II, he fought for the Nationalist Party over Mao Zedong’s Communist government. When the Nationalists lost, he and 2 million others fled to Taiwan. It was here that he was housed in a makeshift village put together hastily for incoming members of the military and their families. What was meant to be a temporary solution eventually became home.

So, it came as a shock when, 40 years later, it looked like his home was going to be obliterated. “When I came here, the village had 1,200 households and we’d all sit and talk like one big family,” Huang shared with BBC. “But then everyone moved away or passed away and I became lonely.” With nowhere to go, he turned to art to ease his suffering. 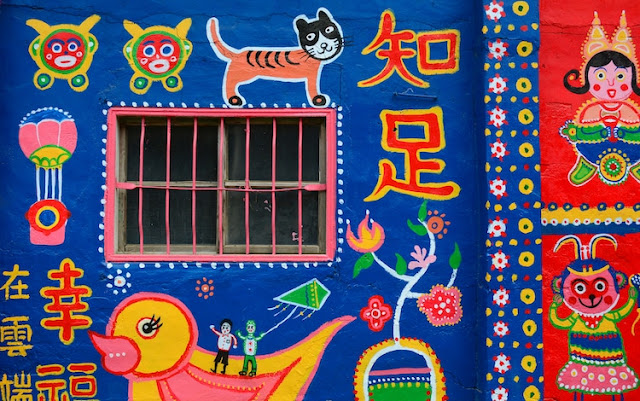 First, he painted a small bird on his bungalow. It continued with cats, birds, and people that began flowing across the vacant buildings in the village. Then, in 2010, a local university student stumbled upon the village and after hearing Huang’s story, vowed to help. He snapped a few photos of the village and began a fundraising campaign and petition to save it from destruction.

The news quickly went viral and “Rainbow Grandpa” was born. Capturing the heart of the nation, the colorful village became a huge draw for tourists and it continues to bring over a million visitors each year. Best of all, Huang gets to keep his home.

“The government has promised me they will keep this house and this village,” he said. “I was so happy and thankful.”

97-year-old Huang Yung-fu is known as “Rainbow Grandpa” for the colorful paintings he has created in his village. 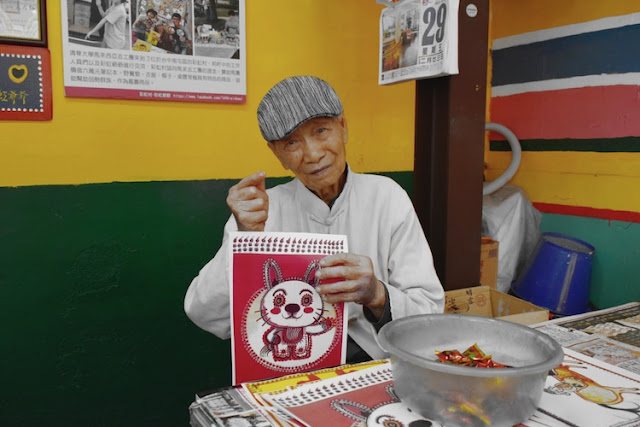 This temporary military settlement once housed 1,200 families but was at risk of being demolished. 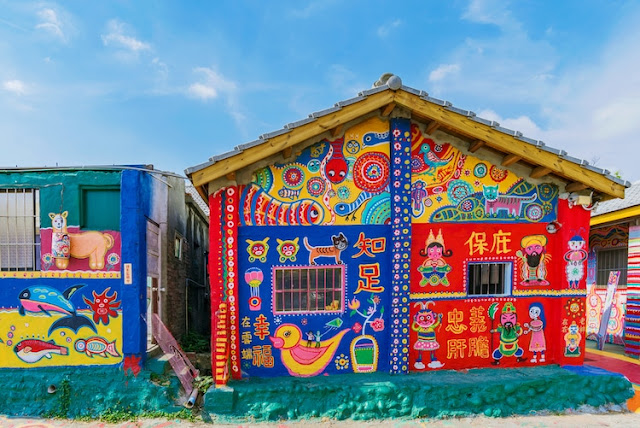 Huang, who was the only remaining resident, refused to move. Instead, he picked up a paintbrush… 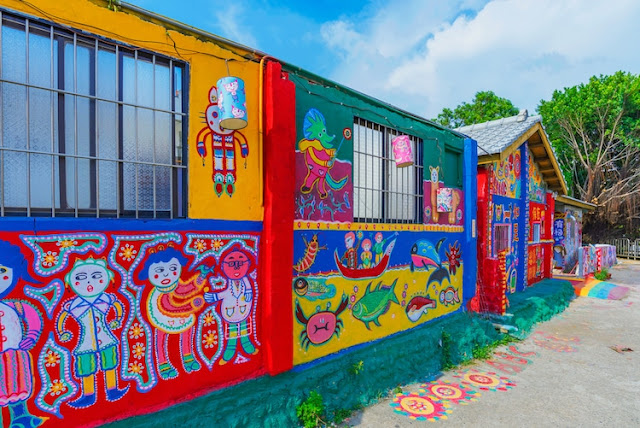 …and started painting every surface of the village. 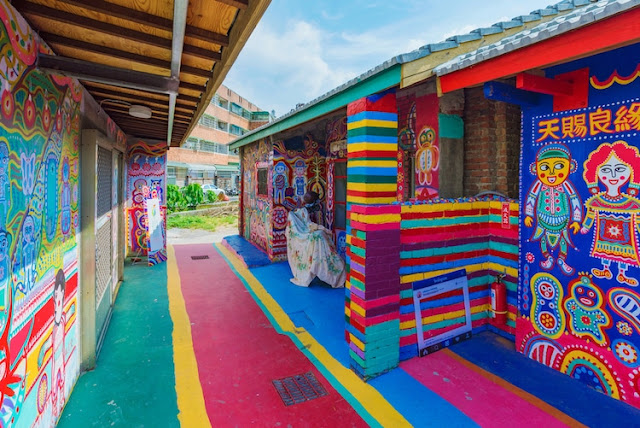 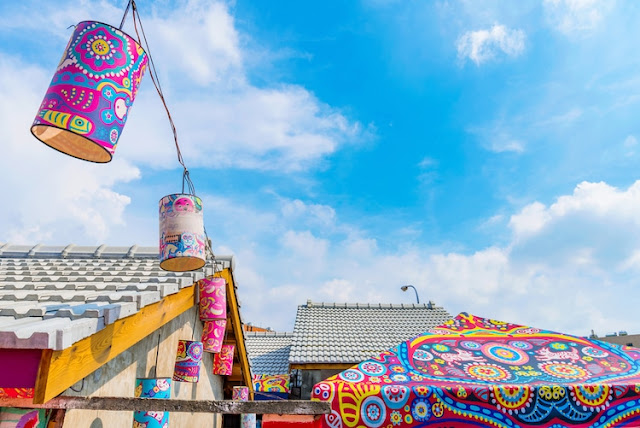 After his story caught the eye of the public, the government decided to save the buildings. 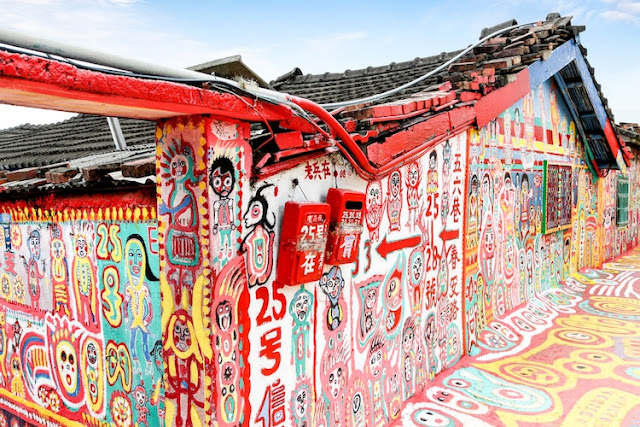 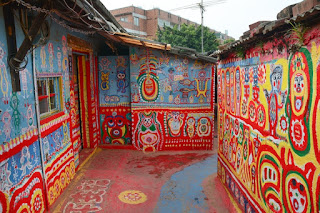 Now, over 1 million people a year come to visit this Rainbow Village. 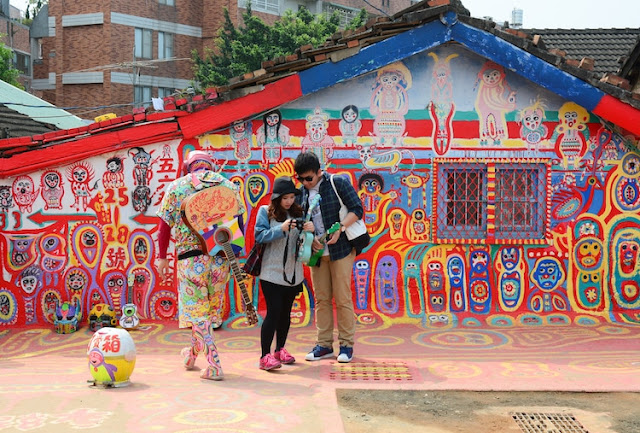