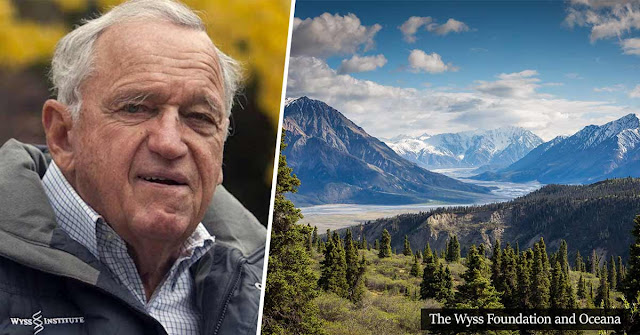 Hansjörg Wyss, a Swiss billionaire, philanthropist and conservationist, has pledged to donate $1 billion in the next 10 years to save the planet, UNILAD’s Lucy Connolly reports.
Through his Wyss Foundation, the man will be funding scientific projects, and raising public awareness about the importance of environmental protection.

“For my part, I have decided to donate $1 billion over the next decade to help accelerate land and ocean conservation efforts around the world, with the goal of protecting 30 percent of the planet’s surface by 2030,” he told New York Times.

Wyss’s efforts come just on time, as scientists have estimated animals and plants to be disappearing at a rate 1,000 times faster than they did prior to human activity.

In his own words, since the creation of the world’s first national park, Yellowstone, in 1872, only fifteen percent of the earth’s lands and 7 percent of its oceans have been protected in a natural state.

It appears as if even Hansjörg’s ambitious goal to have one-third of the planet protected in ten years’ time would not be enough in the long run, because environmentalists now claim that at least half of the Earth must be protected so that it can support the current biodiversity.

“The only way to save upward of 90 percent of the rest of life is to vastly increase the area of refuges, from their current 15 percent of the land and 3 percent of the sea to half of the land and half of the sea. That amount, as I and others have shown, can be put together from large and small fragments around the world to remain relatively natural, without removing people living there or changing property rights,” says Edward O. Wilson, a professor emeritus at Harvard University and the author of Half-Earth: Our Planet’s Fight for Life.

For a start, Wyss plans to sponsor research at the University of Bern, Switzerland, aimed at determining the most effective and feasible conservation methods, Business Insider report.

When this is done, the Swiss billionaire is going to support a series of coordinated locally-led efforts to improve the management of natural parks and protected areas around the globe.
Those who are still skeptical about the success of Hansjörg Wyss’s initiative should bear in mind that if the current pace of wildlife extinction is kept, so many animals will go extinct in the next fifty years that it will take Earth at least three million years to recover.