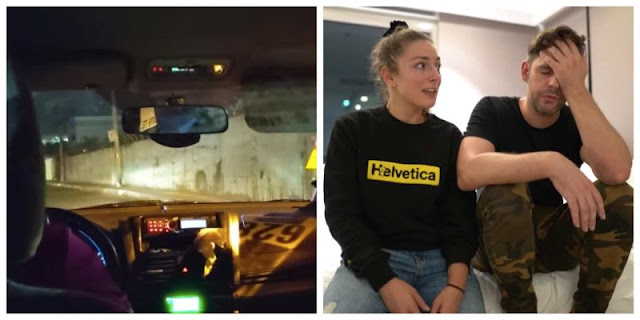 Viral at the moment is a Filipino taxi driver who allegedly tried to scam two Austrian vloggers who wanted to travel from the Ninoy Aquino International Airport (NAIA) in Pasay City to Legazpi Village in Makati City.

Austrian couple Michael Holaschke and Anela Hrnic, who handle the Making it happen Vlog, shared on YouTube on Sunday that their taxi driver “aggressively” tried to make them pay a high flat rate instead of the metered rate. However, they did not specify how much the driver asked for.

“[He] also wanted to charge us an extra fee for the luggage,” the caption reads.

They said that they had just arrived in the Philippines from Tokyo when the incident happened. Holaschke said that when they couldn’t book a Grab, they decided to take a cab from NAIA instead.

The footage taken inside the cab shows the taxi driver telling the couple to pay extra for their luggage. The couple spoke out, saying that it wasn’t their first time in the Philippines and that they know there is no need to pay extra for bags.

In Manila, taximeters calculate the passenger fare based on a combination of distance traveled and waiting time. Passengers do not have to pay any extra amount beyond the fare on the meter.

“When he realized we were filming everything for our own protection, he got very aggressive and attacked me trying to retrieve my phone,” Holaschke said in the video.

The alleged attack, however, was not captured on video.

“If you will not pay extra [for] luggage, you drop [here],” the unidentified taxi driver says in the video as he stops the car in the middle of nowhere.

Holaschke tells him: “We pay for the taxi, with [its] meter, take us to our destination then we have no problem.”

The driver complied but the vloggers alleged that he started driving recklessly.

The next thing they noticed was that the taxi driver was allegedly going off-route and driving in the opposite direction of their destination.

“No more detours,” Hrnic tells the driver in the video.


The couple eventually reached their destination but were obviously not pleased. In the video, they clarified that this incident does not represent all taxi drivers in Manila.

“Filipinos are the kindest, friendliest people that we’ve ever met and this is the first time in two years traveling to the Philippines that we’ve had [a] bad experience,” Holaschke said. Hrnic added, though, that they probably won’t ride a taxi again.