Canada hires company for $1.14M to bring trash back home from the Philippines

No Comments
Shipment cost will be covered by Canada, says McKenna’s office 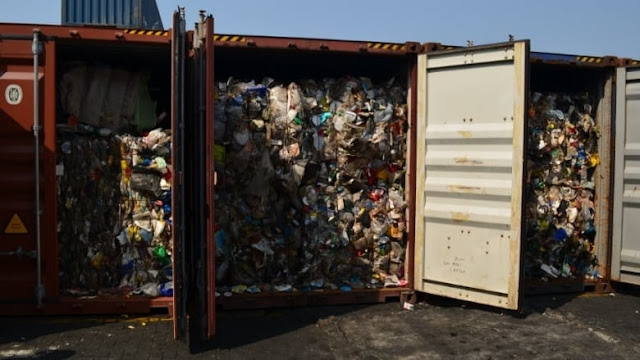 Three containers of garbage sit near the Subic port in the Philippines. The Canadian government has hired a company to remove 69 containers and bring them back to Canada to be disposed of. (Yas Coles/CBC News)

Canada is spending more than a million dollars to bring dozens of containers of rotting garbage back to Canada from the Philippines in the coming days.

Environment and Climate Change Minister Catherine McKenna announced on Wednesday that her government has awarded a contract to Bolloré Logistics Canada to remove the garbage by the end of June. According to the tender, it will cost at least  $1.14 million to do so.

Her office said the garbage will be treated to meet Canadian safety and health requirements, and will be disposed of by the end of this summer.

McKenna also said the $1.14 million cost of preparing, shipping and disposing of the waste will be covered by the Canadian government.

That's what's left of the 103 containers shipped by a private Canadian company to the Philippines in 2013 and 2014 and wrongly labelled as plastics for recycling. The other 34 have already been disposed of in the Philippines, despite objections from local officials and environmental groups.

News reports have said that Chronic Inc., a former plastics exporter based in Ontario, shipped at least some of the containers. Jim Makris, the head of Chronic, denied the allegation when contacted by the Toronto Star back in 2014.

A spokesperson for McKenna's office said both Canada and the Philippines are considering legal options to target the private company that initially exported the garbage. The Canadian government said the company, Chronic Inc., exported all the containers.

"The president's stance is as principled as it is uncompromising: The Philippines as an independent sovereign nation must not be treated as trash by other foreign nations," presidential spokesperson Salvador Panelo told a media briefing Wednesday.

"If Canada will not accept their trash, we will leave the same within its territorial waters or 12 nautical miles out to sea from the baseline of any of their country's shores."

Panelo had initially said the Philippines would pay for shipping the garbage.

Sorting trash responsibility
Canada has long argued the festering trash was a commercial transaction not backed by the Canadian government.

Last month, Ottawa offered to reclaim the rubbish, but missed a May 15 deadline set by Manila to take back the shipment, prompting the Philippines to withdraw top diplomats from Canada last week. Environment Canada later said it never agreed to that deadline. 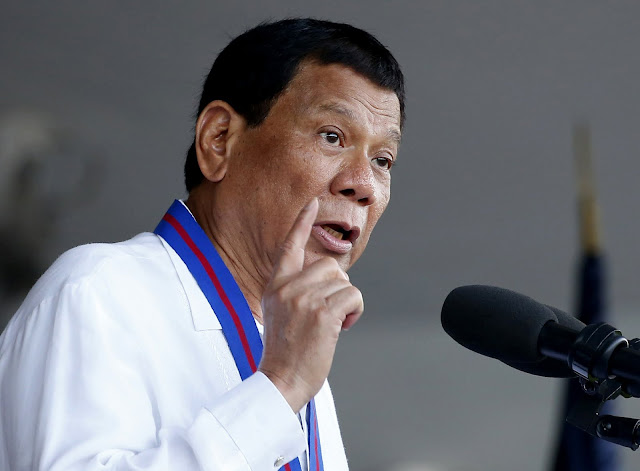 President Rodrigo Duterte, pictured in 2018, had initially ordered the Philippines government to hire a private shipping country to send 69 containers of garbage back to Canada. But later Wednesday, Canada announced it has awarded a contract to Bolloré Logistics Canada to do the work. (Bullit Marquez, File/Associated Press)

The Philippines has made several diplomatic protests to Canada since a 2016 court ruling that the garbage be returned.

The consignments were labelled as containing plastics to be recycled in the Philippines, but were filled with a variety of rubbish including diapers, newspapers and water bottles.

The issue is not the only one to strain ties between the two countries.

Last year, Duterte ordered the military to cancel a $233-million US deal to buy 16 helicopters from Canada, after Ottawa expressed concern they could be used to fight rebels.