NASA To Put Woman On Moon By 2024; Commercial Space Will Play Major Role 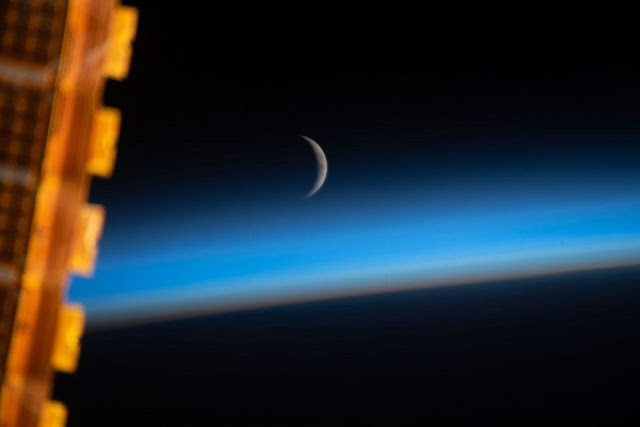 Moon as seen from the ISS. CREDIT: NASA

At the end of Ron Howard’s film “Apollo 13,” Tom Hanks intones with a final, rueful quiver, “I look up at the Moon and wonder, when will we be going back? And who will that be?” Let’s hope that will be in five short years. As for who? NASA astronauts, at least one man and one woman, exploring our Moon’s South Pole.

Today, NASA made that goal a bit more tangible by announcing a $1.6 billion lunar amendment to President Trump’s 2020 budget. Of course, Congress has to sign on to this; and, as yet, there are no official estimates for total costs for this proposed 2024 surface mission. But with last week’s unveiling of Blue Origin’s Blue Moon lander in Washington, D.C., Amazon founder Jeff Bezos provided a shot of new hope that NASA would soon use his new lunar craft for real.

Even so, the key to all of this is making human-rated spaceflight sustainable both technologically and economically. Although the Soviet Union’s early successes in space certainly caught the world by surprise, as historian Douglas Brinkley points out in his new book, “American Moonshot,” the Soviet culture of secrecy may have ultimately worked against them. As Brinkley argues, it may have been NASA’s ability to put it all on the line in an open and honest way that enabled the Americans to outpace their Soviet counterparts in the race to the lunar surface.

It’s a culture that still serves the American space agency well. But one that needs to be fully embraced by this new generation of commercial space entrepreneurs.

To this day, NASA engineers will answer their own phones and eagerly talk openly to the media. But that’s rarely the case with commercial space startups. Too often, secrecy rules the day. Some reticence may be required to safeguard commercial patents and intellectual property, but science and engineering progresses fastest when there’s the free and open exchange of ideas on a global scale. Look to the burgeoning field of observational astronomy as a wonderful example. Techniques, hardware, and theory have progressed rapidly due to this new era of instant, open communication.


If commercial aerospace adopted this same line of thinking, universal access to space would come that much sooner.

For its part, if the global aerospace industry got serious about producing a whole generation of spaceplanes capable of both suborbital and orbital flight, international passenger traffic would be revolutionized. And once again, the world would shrink while revenue for space would grow exponentially.

Spaceplanes that were economical and efficient would lead the way to the first generation of lunar shuttles both for tourism and business. They would be shuttles that could reach low-Earth orbit and then readily do a trans-lunar injection to push then onto a lunar orbital trajectory.

Once this sci-fi dream of a shuttle that could send space tourists for a loop around the lunar farside came to fruition, then landers and civilian lunar exploration missions wouldn’t be far behind. Lunar mining is all well and good, but high-end lunar tourism of the sort that has allowed the affluent to routinely visit Antarctica could also be possible for the Moon.

Within a couple of decades, lunar expeditions might become as commonplace as photographic safaris to East Africa . The only difference would be that instead of photographing hippos, giraffes and elephant herds, lunar tourists would stalk the inside of craters, rugged geological outcrops, and bleak gunpowder gray vistas that open up to what Buzz Aldrin called ‘magnificent desolation.’

Once someone proves that tourism beyond low-Earth orbit is both possible and profitable, then Mars and the Main Asteroid Belt can’t be far behind. Who’s to say that some space adventure tourism company won’t mount an orbital trip around Venus as a prelude to attempting to send tourists to Mars.

In twenty years time, space tourists who opt for a weekend at an expandable hotel in low-Earth orbit might be as commonplace as a family trip to Disneyland. Those looking for space adventure travel, something akin to climbing Everest or K2, might consider the rigors of an orbital trip to Venus. Cough up some big bucks, do the training and return with enough space fodder to hold a captive audience at cocktail parties for decades to come.