No Comments
Earlier this week, Reddit user "Nic" attended a major league baseball game with a few friends in Cleveland, Ohio — but the most memorable part for her, by far, actually had nothing to do with sports.

There, they witnessed bromanity at its finest. 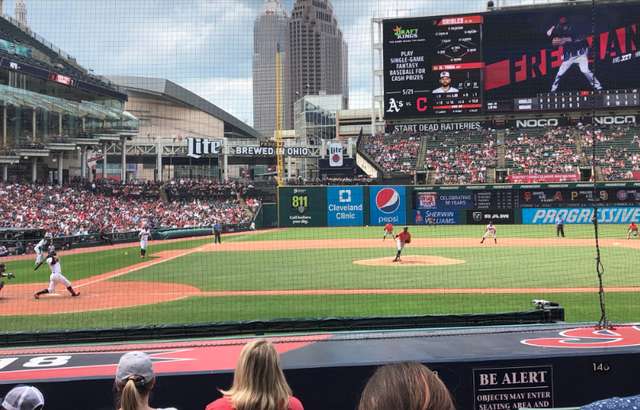 It was a very windy day that day and, as Nic and her crew settled in to watch the game, they noticed a certain someone was in a battle against the breeze.

"There was a massive dragonfly flying around our seats," Nic told The Dodo. "I distinctly remember saying to myself, 'What a good workout that miniature aircraft is getting in all this wind ... What a powerhouse!' The dragonfly was definitely working very hard."

With the stadium packed with people, it seemed at first that the weary insect would be unable to find a safe place to rest her wings. But, as exhaustion set in, she evidently decided to take a risk — coming to land atop the leg of a man sitting in front of Nic. 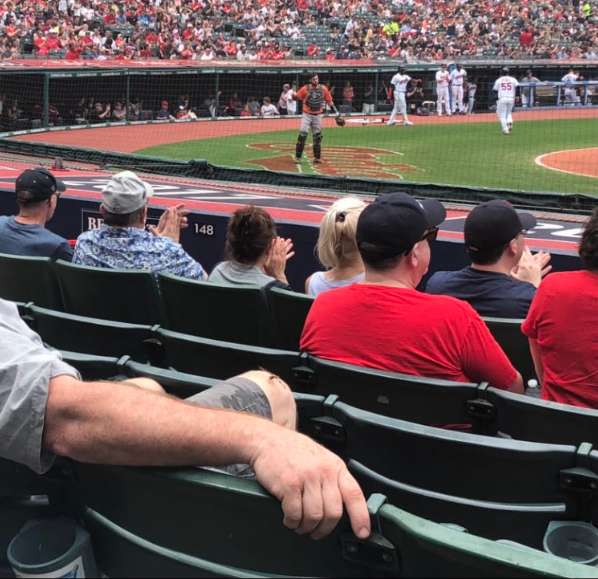 Turns out, the tired dragonfly had picked the perfect person to be her perch.

Rather than brush the bug away, as most others might, the man remained calm, composed — and remarkably accommodating.

As inning after inning passed, the dragonfly stayed there relaxing. All the while, her new friend saw fit to make her feel welcome. 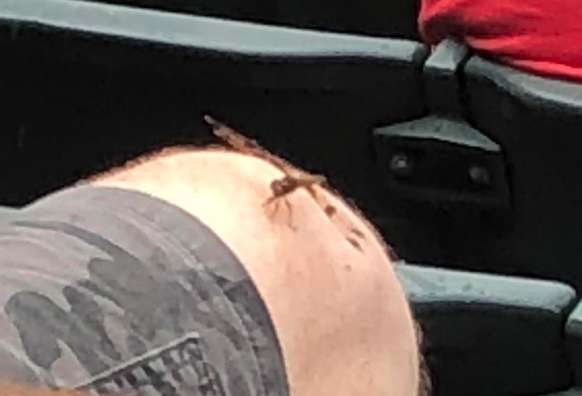 When everyone else in the crowd surged with excitement during the game, the man with the dragonfly on his lap stayed pretty much still, as to not jostle the little creature away.

At one point, as Nic looked on, a beer vendor appeared for folks to fetch a drink from. She then heard the man in front of her call out: “I’d gladly take a beer, but only if you can come to me. As you can see, I can’t move right now. This little guy is having a rest.”

"He was genuinely interested in the dragonfly's well-being," Nic said. 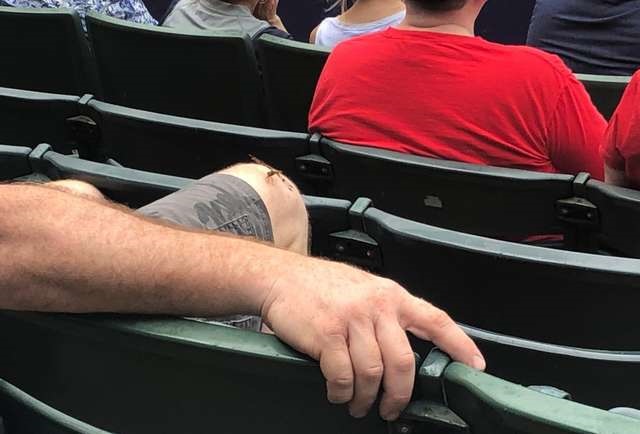 This adorable little scene continued for about half the game. It was around this time that the winds had finally calmed enough for the dragonfly to take flight again and carry on her way — rejuvenated, no doubt, thanks to the man's kind gesture.

"When the dragonfly finally flew off, we all noticed," Nic said. "There was a collective, 'Ahh.' Especially from the man himself."

Sure, to some people, insects might not be deemed worthy of compassion, or even a second thought. But witnessing someone who clearly feels the opposite is something Nic will never forget.

"The man did such a simple act of friendship to a small creature and didn’t ask for anything in return," she said. "It made me smile and still does."