Researchers Have Recreated the Face of an Ancient Dog 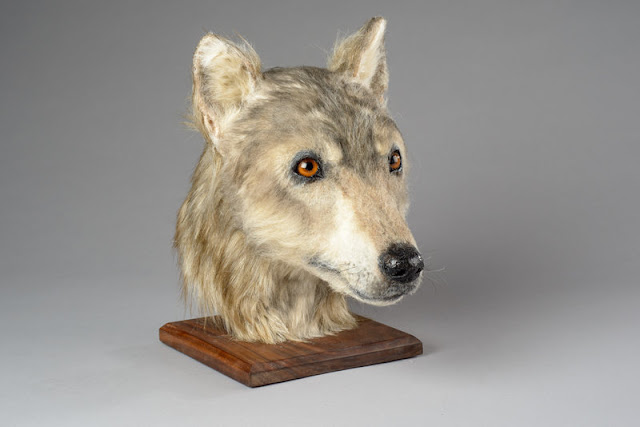 CIVILIZATIONS MAY COME AND GO, but good dogs are forever. In a first for canine forensics, researchers have reconstructed the head of a domesticated dog that lived in Scotland’s Orkney Islands some 4,500 years ago. Based on the size of its skull, the scientists believe the dog must have been roughly the size of a large collie and had features similar to a European grey wolf. Based on the loving gleam in its forensically reconstructed eyes, we believe the pup must have been a very good dog.

Archaeologists uncovered the skull of this particular Neolithic dog in a 1901 excavation of the Cuween Hill chambered cairn, according to a statement from the Historic Environment Scotland, which commissioned the reconstruction along with the National Museum of Scotland. Essentially an enormous passage tomb, the cairn contains four side chambers, a central atrium, and a corbelled roof. In 2018, HES released digital models of the cairn that allow users to explore the interior architecture of the tomb. Unlike other passage tombs, however, the Cuween Hill cairn contained a staggering 24 dog skulls, compared to the remains of just eight humans. According to Steve Farrar, the interpretation manager at HES, that’s a whole lot of dogs for just one tomb.

Despite this abundance of canines, it’s difficult to ascertain the precise relationship between the people of Cuween Hill and their pups. “The vibrant culture of Neolithic Orkney is so far removed from us today,” Farrar writes in an email. “But we do know that dogs had a special meaning to the people at this place and time.” In the past, researchers have stumbled upon dog coprolites (fossilized dung) at a number of Neolithic sites in Orkney, Farrar says. Further analysis of these turds suggests the dogs had a bone-rich diet, which would have likely derived from scraps of human food—all suggesting a close relationship with Neolithic humans. 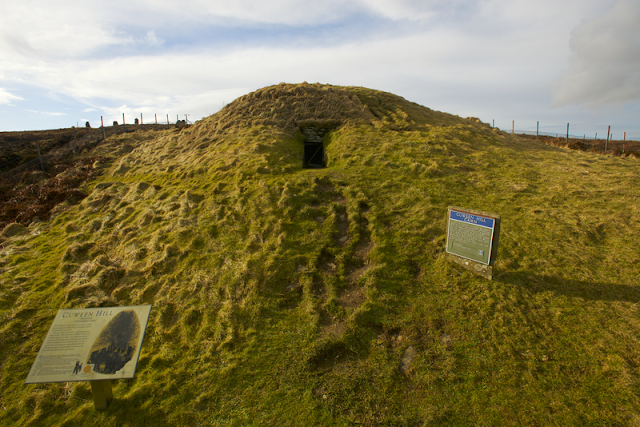 The outside of the chambered cairn at Cuween Hill. HISTORIC ENVIRONMENT SCOTLAND
The Cuween Hill cairn isn’t the only Neolithic tomb in Orkney with an animal connection, according to a story in The Guardian. One tomb on the South Ronaldsay cliffs contained mounds of eagle bones, and another tomb, the Knowe of Yarso in Rowsay, held the bones of 36 red deer. These remains suggest that people living around these tombs held special associations with certain animals, as Alison Sheridan, the principal archaeological research curator at the National Museum of Scotland, told The Guardian.

Forensic artists have reconstructed the faces of many humans who lived in the Neolithic era, but never their best friends. In the case of the Cuween Hill dog, researchers passed its cranium through a CT scan in Edinburgh University’s Royal School of Veterinary Studies in order to make a 3D print as a model. From there, the forensic artist Amy Thornton modeled the skull in clay, cast it in silicone, and topped it all off with a layer of fur that resembles the color and texture of a European grey wolf.

In human facial reconstruction, artists rely on existing research of the relationships between bony features and soft tissues. In comparison, canine facial reconstruction—a field that solely comprises the Cuween Hill dog—has none of that preexisting research. Furthermore, all modern dog species were bred in the past few hundred years, so the Cuween Hill dog has no identifiable modern relative. “So I approached the project purely from an anatomical perspective whilst comparing the skull to skulls of modern domesticated dog breeds with similar morphology for reference,” Thornton writes in an email. So the end result is science’s best guess at what this dog actually looked like—and it’s pretty darn cute.