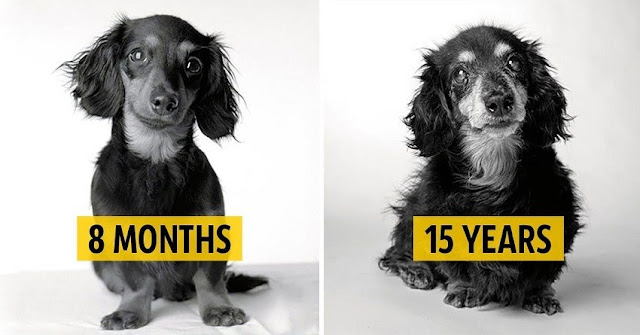 Not surprisingly, in certain cases, the dog has the role of a social partner in a person’s life. As a result, a unique relationship that is based on companionship and affection is created. More importantly, there’s no doubt that the bond created between pups and their owners is extremely strong.

According to scientists, it can be even stronger than the bond between a parent and his children. Austrian researchers examined the ‘secure base effect’, which is considered to be a key element in child/parent bonding. This effect plays an important role in a relationship, as it concerns human infants using their caregivers as a secure base when it comes to interacting with the environment. However, researchers had not examined it between dog owners and their pets in the past.

Let’s see what Dr Lisa Horn from the Vetmeduni’s Messerli Research Institute, which is part of the University of Veterinary Medicine, in Vienna, did for a study, which was published in the journal PLoS One: she examined dogs’ reactions under three conditions – when their owner was absent, silent and encouraging. The dogs could earn a food reward by manipulating dog toys. The animals seemed less enthusiastic about working for food when their caregivers were not there. The animal’s motivation was not influenced by the encouragement or lack of encouragement from his owner. The owner’s presence itself made a huge difference in the dog’s behavior, giving it more confidence. According to Dr. Horn, ‘the study provides the first evidence for the similarity between the ‘secure base effect’ found in dog/owner and child/caregiver relationships. This striking parallel will be further investigated in direct comparative studies on dogs and children”.

The results of this study prove the strong bond between dogs and their owners and we all know that a dog’s love is timeless. That’s exactly what photographer Amanda Jones wanted to demonstrate through her project. Jones, currently living in Massachusetts, has been photographing dogs for twenty years. 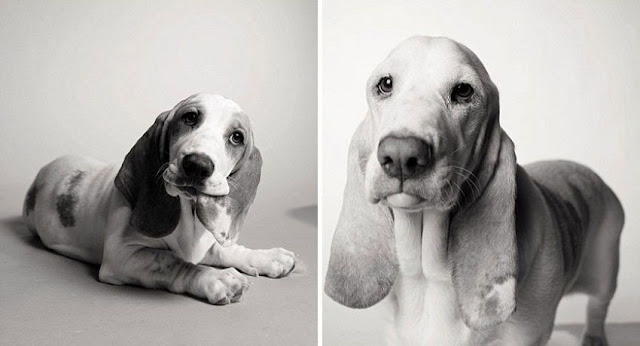 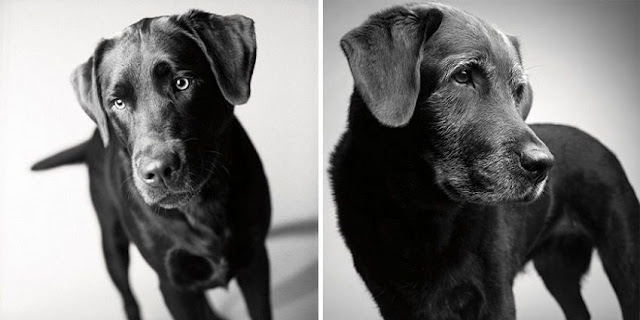 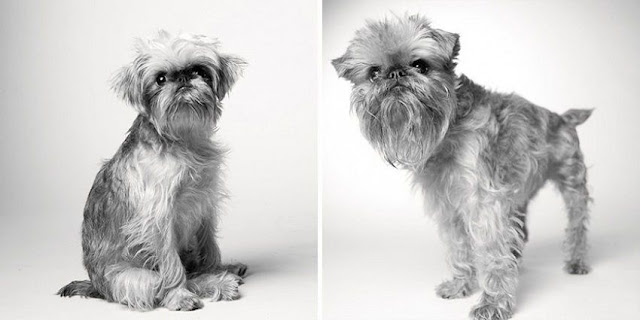 Amanda has photographed and has followed 30 dogs throughout their lives as they transformed from pups to mature dogs, aging from several months old to many years old. 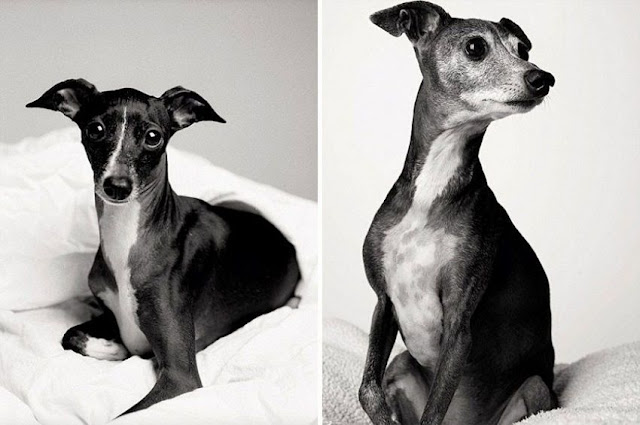 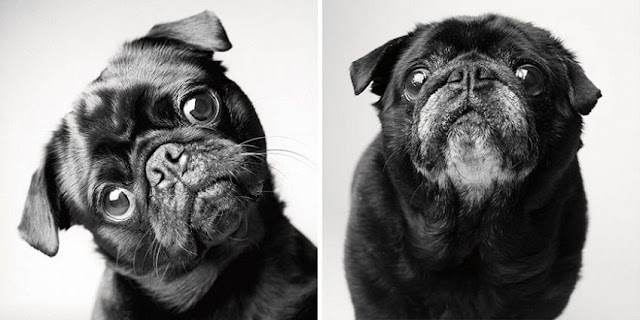 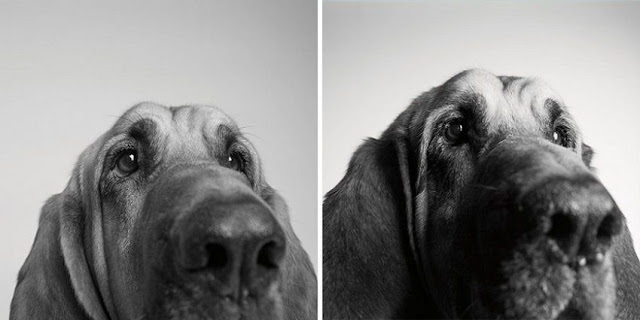 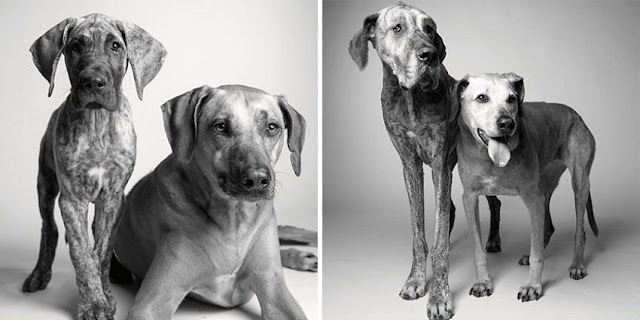 Her photos illustrate that “the bond we share with our canine companions deepens and matures in their journey from playful pups to wise old friends”. 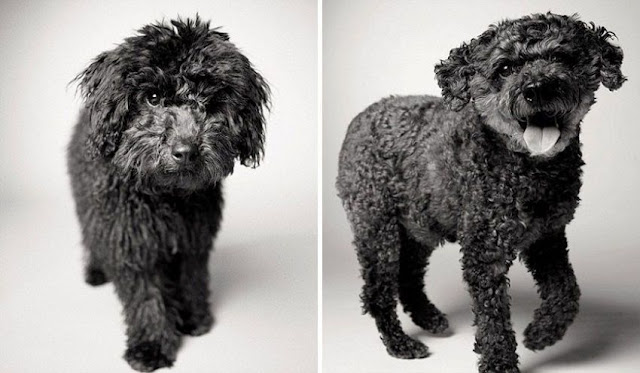 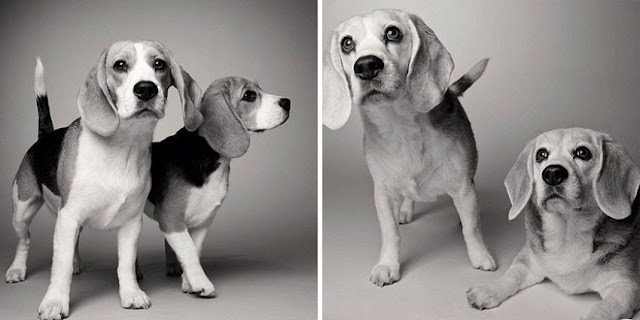 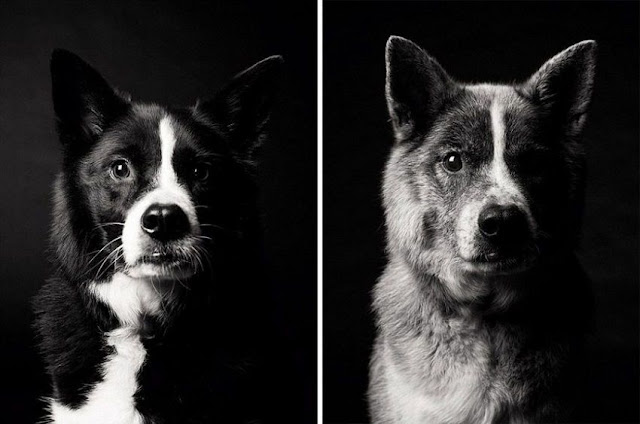 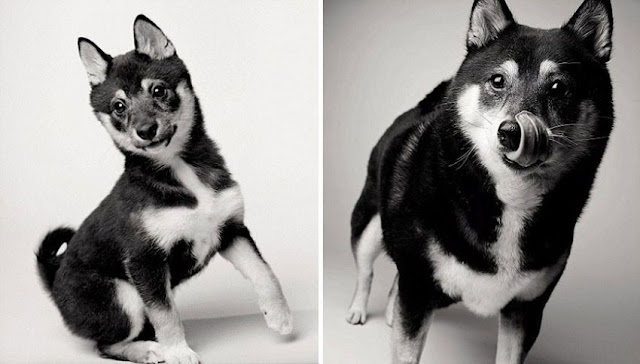 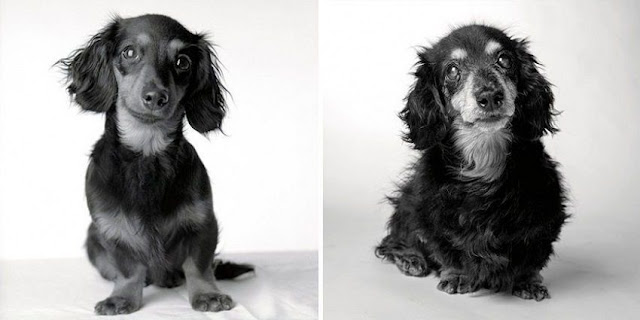 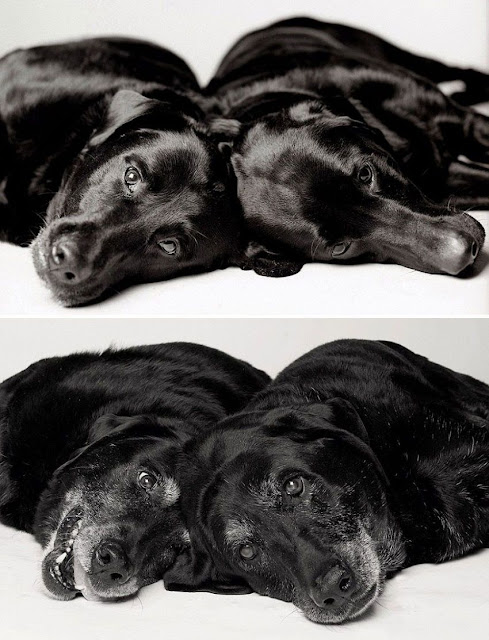 As the photographer stated to the Daily Mail: “Some don’t seem to age at all, yet others show the signs quite openly in their eyes, their jowls, and their gray hair. It is this semblance of ourselves and our souls in their eyes that gives us such a deep connection with dogs. One thing that remains constant is the love people and dogs have for each other. That does not change, no matter how many dog years go by”.