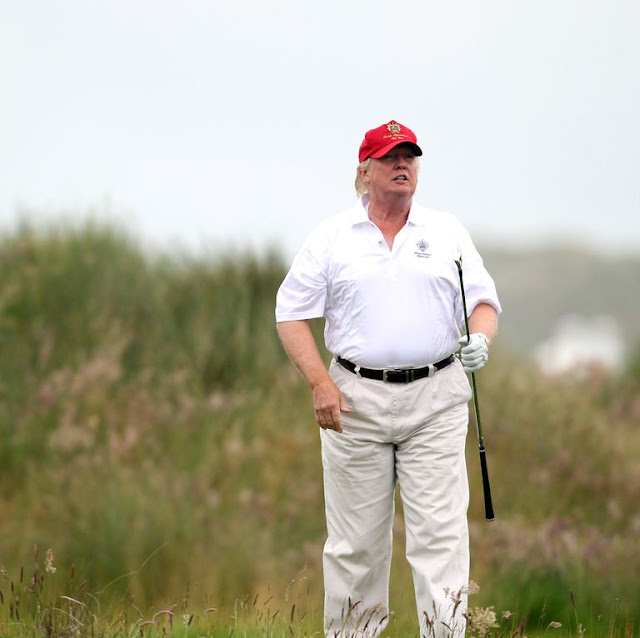 Let's take a brief hiatus from examining the endemic corruption of Donald Trump's presidency to examine how, as a narcissist, his incurable thirst for affirmation steers his entire life. We've long been subjected to claptrap about how the president is a Rogue Outsider Tycoon Man With Businessman Skills, only to find out he lost a billion dollars of his Daddy's money, but we've also heard endless tall tales about his past and present as an Athletic Specimen. Trump has described himself as once "the best baseball player in New York" and "always the best at sports," and of course this extends to golf.

He's the best at it, you see—a 20-time club champion. Well, that's what he says, anyway. A new book from Rick Reilly, Commander in Cheat, explores Trump's love of the game and his willingness to do anything to win—or at least, to have people believe that he won. It feels like decades ago now that Samuel L. Jackson, when asked who was the better golfer between the two of them, answered, "Oh, I am for sure. I don’t cheat."

Reilly reinforced this in an interview with Vox this fine Friday, in which he explained how Trump has stacked up 20 championships when the best player Riley's heard of at the club level has won around eight.


Trump’s going around telling people he has won 20. But that’s 100 percent a lie. I actually played with him once, and he told me how he does it: Whenever he opens a new golf course, because he owns 14 and operates another five, he plays the first club champion by himself and declares that the club championship and puts his name on the wall.

But it’s usually just him and Melania in the cart and nobody else. He just makes it up.

Shocker. Imagine owning numerous golf clubs with your name plastered all over them and still needing to have your name up on the championship plaque, even though you know it's meaningless. Actually, by the time they're putting it up there, he may have convinced himself it's real.

But the real money was in the story of how just recently Trump secured himself a championship at Trump International, near Mar-a-Lago. The story of how Trump missed the tournament, then insisted on playing the winner and, when he won, called himself the champ has been making the rounds for a minute now. But there was apparently far more to it.


Well, this story isn’t in the book but it’s wild. While Trump was meeting with Kim Jong Un in Singapore, a club championship was held at Trump International, the course Trump built near Mar-a-Lago in Florida. So later on, Trump’s back on the course there with the Secret Service and the SWAT team guys and all that stuff. And he sees Ted Virtue, who was involved in the financing of the movie Green Book.

I could never get Virtue to call me back on all this, but Golf.com reported it and I heard it from two members of the club as well. They say Virtue was there playing with his son. Trump sees Ted on the 9th hole and and decides to drive his cart over. He tells Ted: “Congrats on winning the club championship, but you didn’t really win it, because I was out of town.”

Ted tries to laugh it off, but Trump is dead serious. Trump says, “We’re gonna play these last six holes for the championship.” And Ted’s like, “Oh, well, I’m playing with my son, but thanks anyway.” But Trump says, “It’s okay. Your son can play, too.” So what are you going to do? He’s the president. It’s his course. They end up playing. 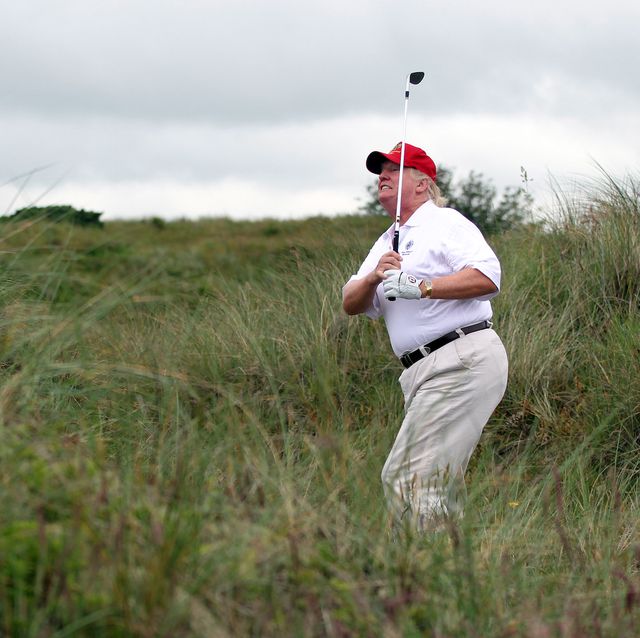 Apparently, they get to a hole with a big pond in front of the green. Both Ted and his son hit the ball on the green, but Trump hits his in the water. By the time they get to the hole, though, Trump is lining up the son’s ball. Only now it’s his ball and the caddie has switched it.

The son is like, “That’s my ball!” But Trump’s caddie goes, “No, this is the president’s ball; your ball went in the water.” Ted and his son look at each other confused, not sure if this is really happening. Trump makes that putt, and wins one up. Then, according to Golf.com, he tells Virtue something like, “I’ll tell you what, we’ll be co-champions.”

But the members tell me that when you look at the plaques on Trump’s locker there, it says: “2018 Men’s Club Champion.” No “co-” at all.

So the president did not just challenge the actual champion to six holes in an attempt to steal the championship. He did not just do it while the champ—who in not-so-shocking news produced Green Book—was playing with his son. (Riley originally told Vox the son was 10 or 11 years old. It turns out he's in his 20s, which makes this less barbaric but not in any way normal.) He did not just sink his ball in the pond and pretend he put it on the green. He stole the guy's ball and had his caddy gaslight the son until he accepted that the ball he knew he hit was instead The President of the United States' ball. And then Trump called himself the champion.

If ever you needed a glimpse into the grotesque and venal desperation of the guy, there it is. He uses his power to ruin a guy's day out with his dad, all to paste his name on some trophy in the clubhouse with the firm expectation that everyone will believe it's real. He believes you can lie and cheat and bulldoze your way to anything, and it increasingly seems he's right. This is up there with the fake Civil War monument he plonked down on his course outside DC, which club members chortled at in hushed tones until The New York Times came calling and told Trump that "the River of Blood" never happened.


"How would they know that?" Mr. Trump asked when told that local historians had called his plaque a fiction. "Were they there?"

The guy is incurable. He is incapable of telling the truth, of respecting common rules and institutions, and of demonstrating empathy for other people. The thought, How will this impact someone else? literally never crossed his mind. It's irrelevant. Shut up, kid. That's the president's ball.

Correction: Vox has updated its article, suggesting Riley mischaracterized the age of Virtue's son. His children are in their 20s. 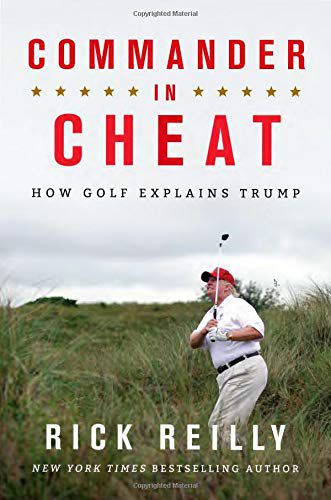