Anthony Weiner moves back in with Huma Abedin

No Comments
Anthony Weiner has moved back in with Huma Abedin.

The 54-year-old was seen rolling boxes and designer garment bags into the Hillary Clinton aide's home over the weekend. Weiner never lived in the lower Manhattan apartment where Huma moved with their seven-year-old son Jordan soon after the disgraced politician went to prison.

Weiner didn't have any help as he used a trolley to cart in his belongings, wearing a white tank top, shorts and sneakers as he made several trips inside the building.

Abedin had filed for divorce the day Weiner entered into a guilty plea for sexting a 15-year-old girl in May 2017, which DailyMail.com exposed a year earlier, but withdrew her request in January, deciding to settle privately.

It's not clear where Weiner had been staying since leaving a Bronx halfway house in May after spending 21 months in custody for the illicit contact with the minor. 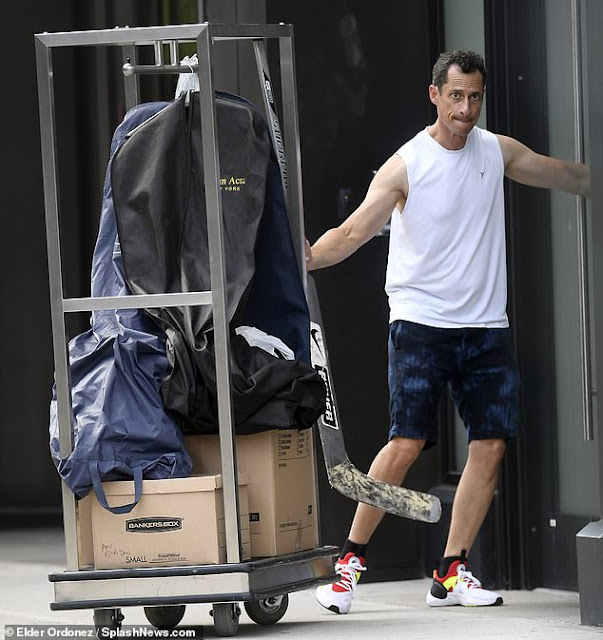 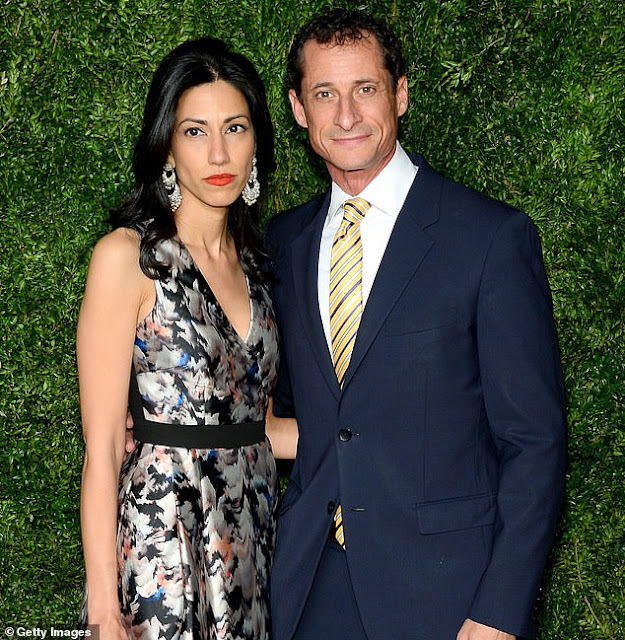 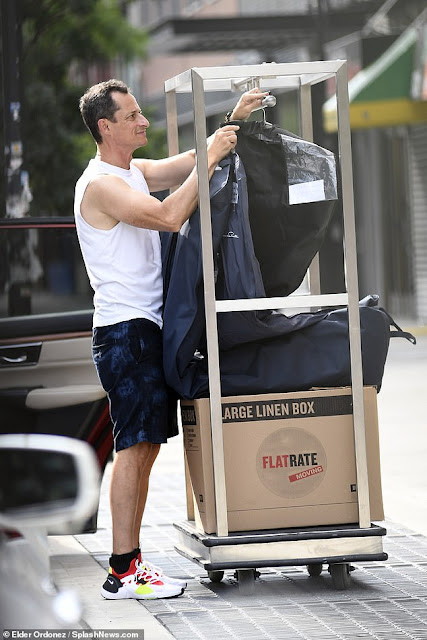 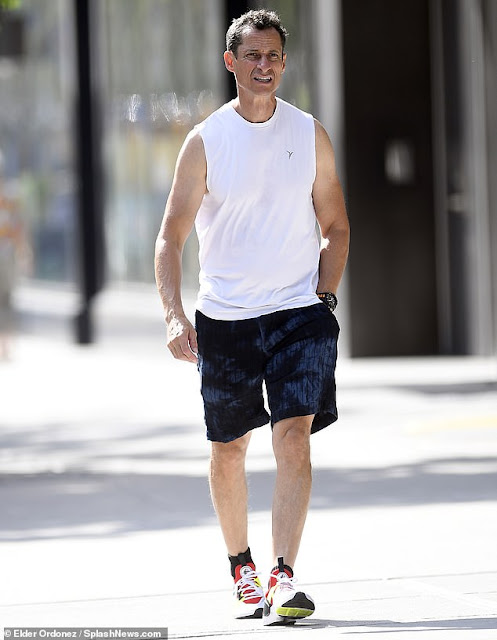 The move comes weeks after Weiner was seen lunching with a young brunette at a Wall Street brunch spot.

The disgraced politician was released from prison in February and went straight to living in a halfway house in the Bronx.

Leaving the halfway house in May, he said he hoped to get back to my family and make up for some lost time.'

'I hope to be able to live a life of integrity and service, and I’m glad this chapter of my life is behind me,' he said.

Weiner must be registered as a level one sex offender for the next 20 years.

Because of his low-level designation, Weiner's information won't show up in the state's online sex offender registry but will be available via a toll-free telephone number.

Since being released, Weiner has been touting a book deal and asking for investors for a marijuana business.

Within days of being released from prison, he was spotted at a coffee shop in Union Square trying to win business. 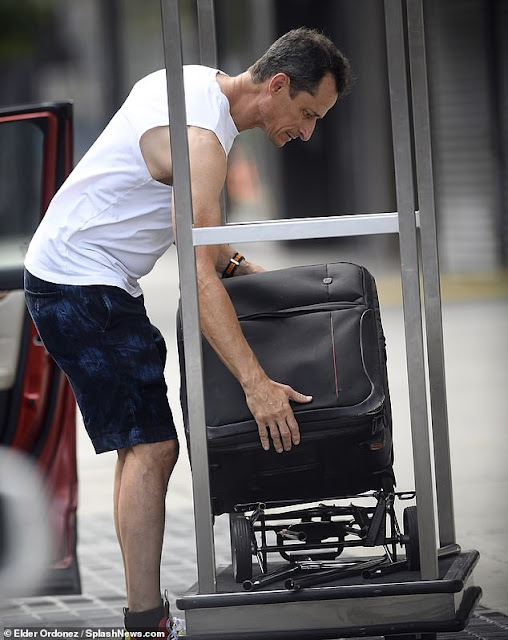 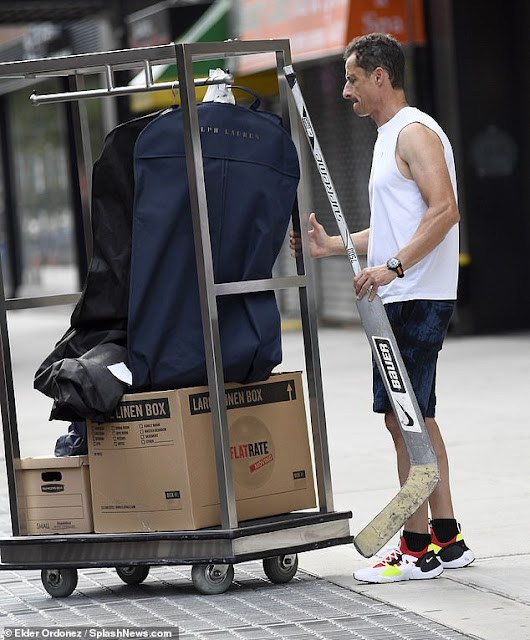 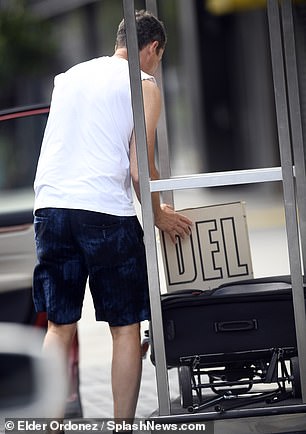 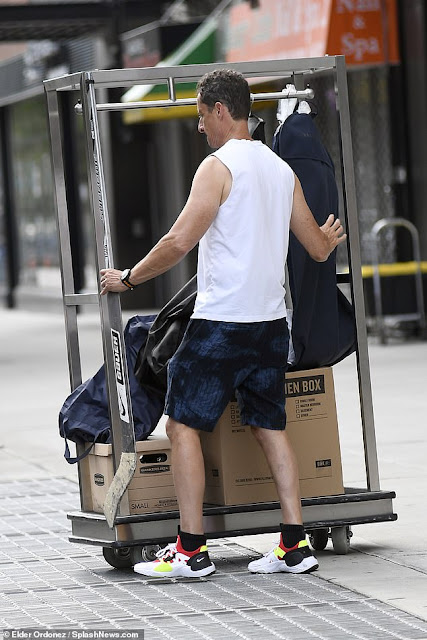 Weiner was released from jail in February after he was sentenced to 21 months in November 2017 for sexting a 15-year-old girl. Shown are some of the shirtless selfies he sent her 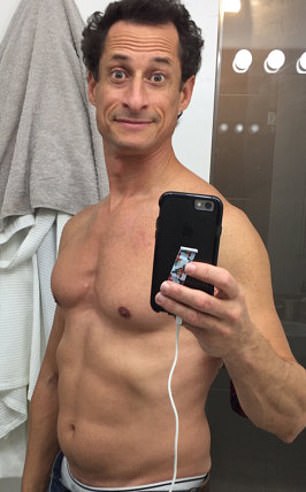 The 15-year-old girl shared her story with DailyMail.com in 2016 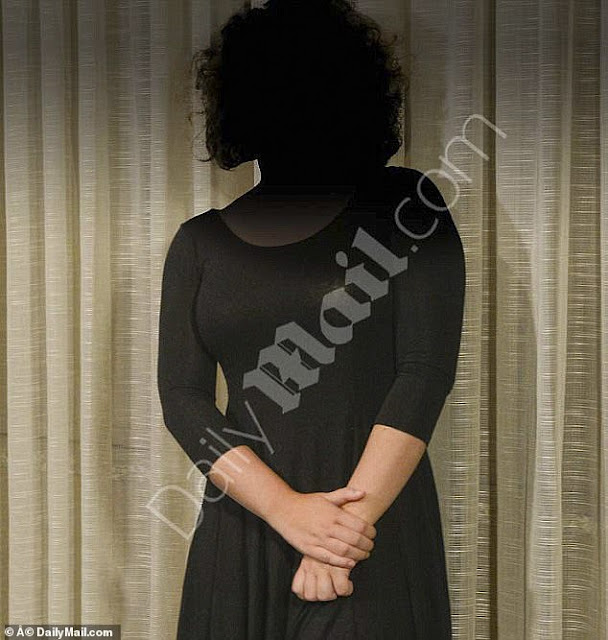 Since being released from prison in February, he has spent his days trying to get a book deal.

Sources told The New York Post last month that there was zero interest in it from publishers.

The sexting scandal was revealed during the fever pitch of the 2016 presidential elections and was the reason James Comey, the former FBI director, reopened the case into Hillary Clinton's use of a private email server days before the polls opened.

While investigating Weiner's sexts, law enforcement agents seized computers from his home including his wife's.

It revealed that she had been using the laptop to work on behalf of Clinton while she was Secretary of State.

Abedin has said nothing since the scandal broke.

In May 2017, she filed for divorce but the pair withdrew it in January this year.