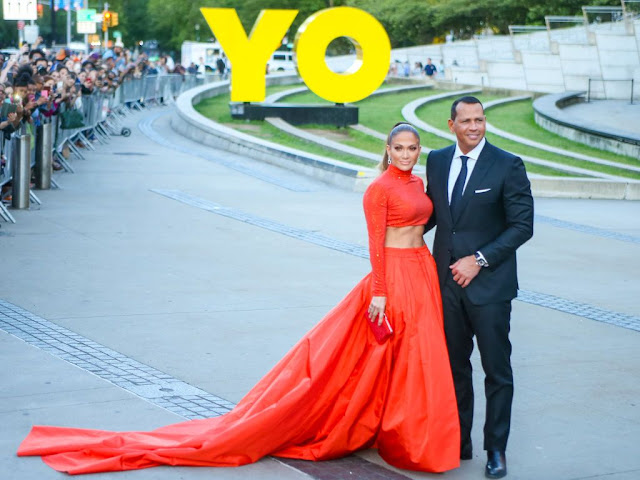 Alex Rodriguez is arguably more famous for his alleged girlfriends like Cameron Diaz, Madonna and now, which is confirmed, Jennifer Lopez. Idris Elba is a Golden Globe winner, five-time Emmy nominee and one of the most respected actors of our time, but the Dominican-American, former baseball player only knows him as “the Black guy from ‘The Wire.”
Rodriguez was talking to Sports Illustrated about who he sat with at the Met Gala. In trying to describe Elba, he said, “We had a great table. The Black guy from ‘The Wire’ — Idris Elba, yeah, and his new wife [Sabrina Dhowre].”
Oh, and to describe Henry Golding, the man who made a big splash in last year’s “Crazy Rich Asians,” he said, “And we had an Asian gentleman from ‘Rich Asians,’ the lead.” But when he described the two white women at the table, he easily pointed out Kendall and Kylie Jenner.
Twitter has been slamming A-Rod, one user wrote, “I truly believe Idris Elba would’ve referred to Arod as Alex Rodriguez from the Yankees… instead we get ‘The Black Guy From The Wire’ it’s not that deep but it is.”
Another wrote, “Can’t get over alex rodriguez describing idris elba as ‘the black guy from the wire.'”
Even Kylie Jenner is upset with him. He said about her, “Kylie was talking about Instagram and her lipstick, and how rich she is.”
She responded with, “Umm no i didn’t. We only spoke about Game of Thrones.” See below:
In other news, Idris Elba is gracing the cover of Vanity Fair next month, see below:
In addition, yesterday it was announced he signed a worldwide publishing deal with Universal Music Publishing Group (UMPG). Variety reports, “UMPG will sub-publish artists signed to Elba’s record label, 7Wallace, which launched in 2015 and is based in London.”
Just recently, he cowrote, rapped and sang on the track “Boasty,” with Wiley, Stefflon Don and Sean Paul. The video reached 54 million YouTube views and the top of the U.K. Indie Charts. See below: