Master P Confessed That He Got A Thang For Ellen DeGeneres 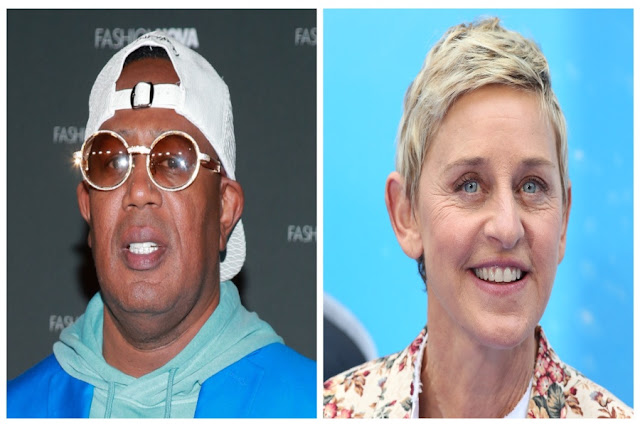 Master P revealed that he harbors a genuine celebrity crush for talk show host Ellen DeGeneres during a Monday interview on Good Morning America host’s Michael Strahan and Sarah Haines’ third hour talk show. Actress Keke Palmer sat in on the action a third co-host.
The music mogul sat down as a guest along with his son Romeo when Palmer asked him who he has an eye for in Hollywood.
“Yes I do,” Master P answered.
“I’ll bet you’ll never guess who his crush is,” Romeo said as Master P agreed. But he did give a hint, “And she from New Orleans,” giving a shout out to his beloved hometown.

As Strahan and Palmer began to ponder, Master P ended the suspense by blurting out “Ellen DeGeneres!”
Is unavailability a turn on for you, because I’m right here?” Gaines asked while rubbing her pregnant belly, alluding to the known fact that DeGeneres is first, gay and secondly, has been married to actress Portia de Rossi for over 10 years. So she is wholeheartedly unavailable.
But for Master P, it had to do with DeGeneres’ infectious personality. “I like her swag,” P said, as everyone noticeably agreed.
Well, although there’s no chance that the two will ever get together, it’s undeniable that DeGeneres would definitely be fun to get to know and hang out with. Good luck P!