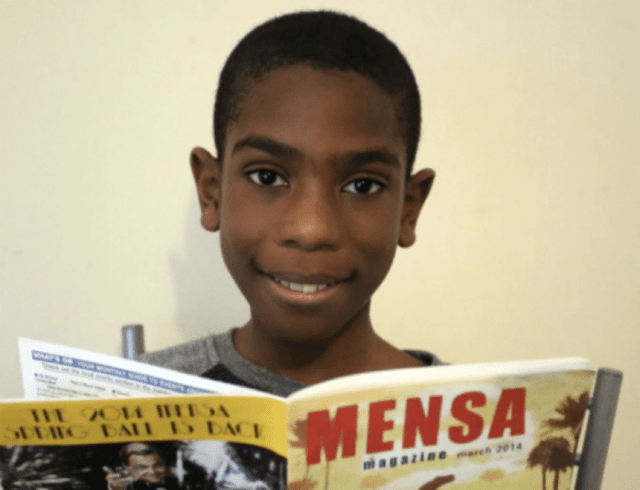 The IQ test has long been looked at to measure how smart someone is. It consists of a number of tasks measuring various measures of intelligence including short-term memory, analytical thinking, mathematical ability and spatial recognition.

Wilfred started showing signs of genius as a toddler, when his favorite book was an encyclopedia.

Now, nearly 15, Wilfred could read and write by the time he started pre-school and at the age of 10 he wrote a philosophy paper on fairness that earned him a mock graduation honors from the prestigious Oxford University.

When his class wanted to move him up a year, his mother Anthea initially objected, wanting him to grow up with other kids his age.

“Soon he was telling me the Greek and Latin origins of words,” Anthea said. 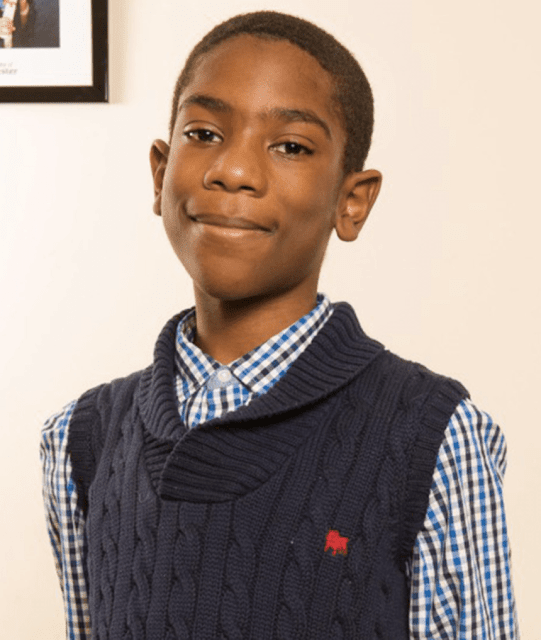 “I have been asked several times today, the secret to how I raised my son to be the way he is,” continues Anthea. “My answer has been: I wish there was a secret, in which case I would gladly share it but honestly, it’s all him. He has always been very articulate and studios with an intense thirst for knowledge. He has never been interested in playing in the streets; favoring books over ball games. The same is true of my daughter who at 20yrs old, graduated from university with a B.S. in Psychology.”

“All I have done is support their interests and encourage them to follow their dreams. We enjoy cultural holidays abroad; meeting the locals and sharing their food, visiting historical places of interest instead of sitting by the pool all day. We watch meteor showers together, go fossil hunting, watch plays at the theatre and visit museums. Always seeking new experiences and finding new and alternative answers to our questions. These family outings are fun and create wonderful family memories and reward us with valuable knowledge. I would suggest everyone do these things with their children. For us it was just natural and as a single parent I relish every precious moment with my children.”

But despite his great intelligence, Rumarni is still just like many boys his age.

“He’s still just a little boy doing normal childhood stuff,” his mom says. “While he reads the New Scientist and the Sky at Night, he still plays with his dog, watches the Disney Channel and reads comics.”