Multimillionaire who gives away money on Twitter surprises disabled female veteran with a new car and $10,000 - because Trump got involved and retweeted him

No Comments
The growing phenomenon of Twitter philanthropy got a boost on Friday in Tennessee when a multimillionaire handed a disabled combat veteran the keys to a new car and a check for $10,000.
Bill Pulte drove the Chevy SUV from Chicago to Murfreesboro, Tennessee on Thursday night to give to Lena Ramon, who served two combat terms in Iraq.
He promised last week on Twitter that he would spend $30,000 on a veteran if Donald Trump retweeted him – just the latest in a series of giveaways that he estimates will total at least $100,000 by the end of the month.
'I actually thought President Trump would do it,' Pulte said Friday. Trump did, tweeting, 'THANK YOU BILL!!!'
The investor and grandson of a homebuilding firm is now CEO of Pulte Capital. He surprised Ramon at a children's hospital in Murfreesboro, where her daughter was having surgery.
'It's overwhelming and I feel like I'm still in a dream. Right now I don't want to wake up,' Ramon said. 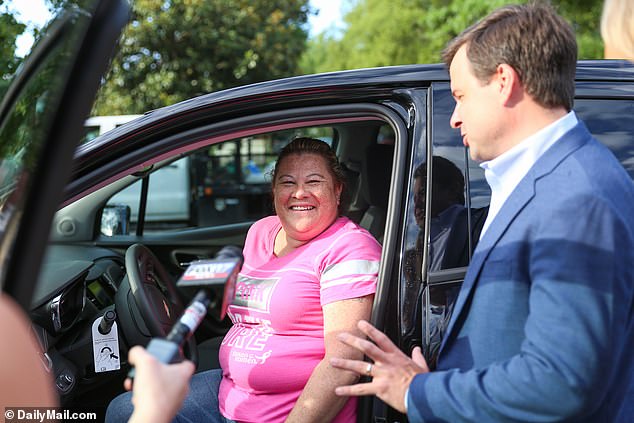 +8
Bill Pulte, right, surprised U.S. Army veteran Lena Ramon with a new car and $10,000 on Friday; he promised to do it on Twitter of the president retweeted him 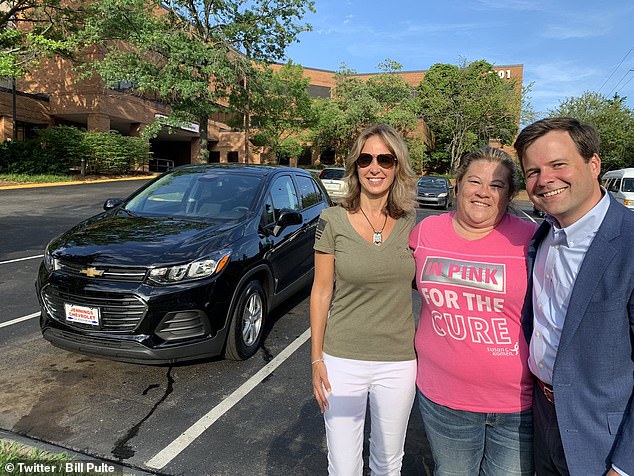 +8
A military charity called Code of Vets partnered with the multimillionaire Pulte; the group's leader, Gretchen Smith (left) was on hand for the giveaway in the parking lot of a children's hospital where Ramon's daughter was having surgery 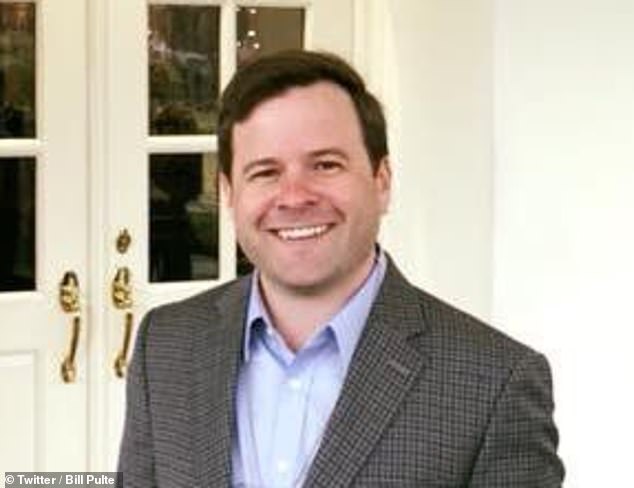 +8
Pulte is making a name for himself giving away large sums of money to people who ask for it on Twitter; he expects to give away $100,000 this month 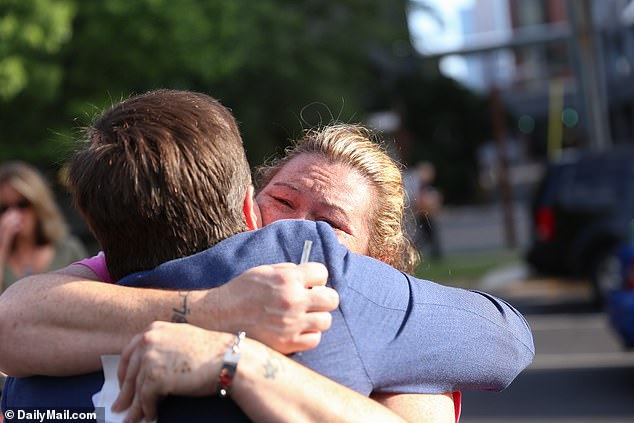 +8
Ramon was overwhelmed on Friday and said she didn't want to wake up from the 'dream'
Multimillionaire surprises disabled vet with new car and $10,000
Loaded: 0%
Progress: 0%
0:00
Previous
Play
Skip
Mute
Current Time0:00
/
Duration Time1:57
Fullscreen
Need Text
She sustained a traumatic brain injury in the Army and is now 100 per cent disabled. She has been walking to get her groceries and taking Ubers to VA hospitals.
A foster child until age 18 after her mother passed away from breast cancer when she was 8, she later married a man who was abusive.
Until January Ramon and her son and daughter were homeless and 'eating out of cans,' according to Gretchen Smith of Code of Vets, a charity that helped her get settled in an apartment.
Smith said Friday that Larry Gatlin, the country music performer, bought Ramon a set of living room furniture.
Former White House communications director Bill Shine and his wife Darla added a washer and dryer.
'We filled the apartment with an Amazon wish list, everything they needed,' said Smith.

Pulte tweeted a challenge to Trump and his social media manager Dan Scavino on July 10; the president responded on Twitter a short time later

On Friday the wealthy donor teased his giveaway in a tweet after driving the Chevy SUV from Chicago to Murfreesboro, Tennessee 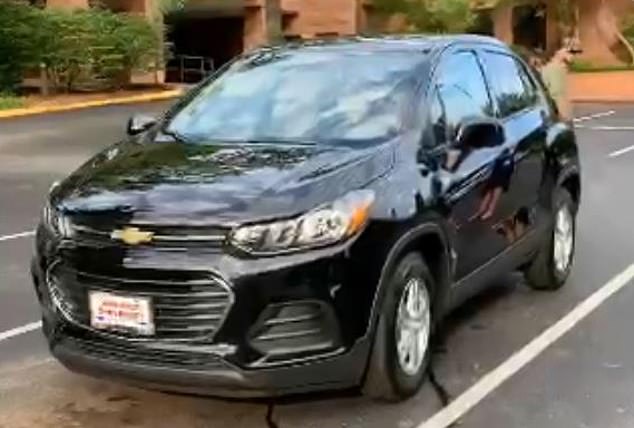 +8
The car, a new Chevy Trax, cost Pulte $20,000; he drove it from Chicago to Tennessee
US Marine reunites with military dog after three years apart
Loaded: 0%
Progress: 0%
0:00
Previous
Play
Skip
Mute
Current Time0:00
/
Duration Time1:55
Fullscreen
Need Text
Pulte, 31, wants to turn social media into the next big thing among billionaires who seldom see the personal impact of the money they donate to charity.
He calls himself 'Twitter’s #1 Philanthropist' and says his mission is '[g]iving to those in need to pay the necessities, food, rent, heat, etc.'
Friday's giveaway was his first in-person experience handing his Twitter-challenge money directly to a recipient.
He told DailyMail.com that he already has four billionaires interested in following his example. 'Dilbert' cartoonist Scott Adams has been among his most high-profile cheerleaders.
'This beautiful surprise to this two-time combat veteran is thanks to President Trump’s retweet of my tweet,' Pulte said. 'President Trump cares about veterans, and this gift will allow Lena, a disabled veteran, to take a car to get her groceries instead of walking.'
101-year-old World War II veteran is sung happy birthday
Loaded: 0%
Progress: 0%
0:00
Previous
Play
Skip
Mute
Current Time0:00
/
Duration Time0:28
Fullscreen
Need Text 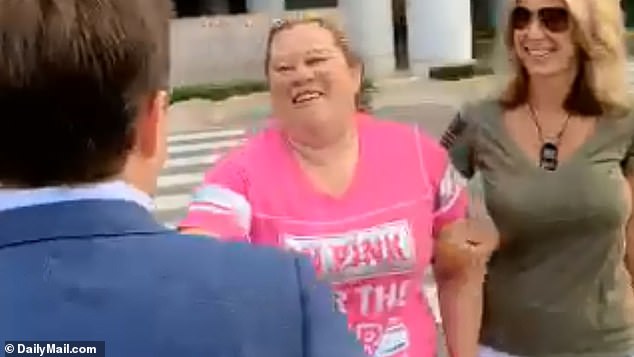 +8
Ramon and her two children were homeless until January; she has been walking to the grocery store and taking Ubers to get to her VA medical appointments 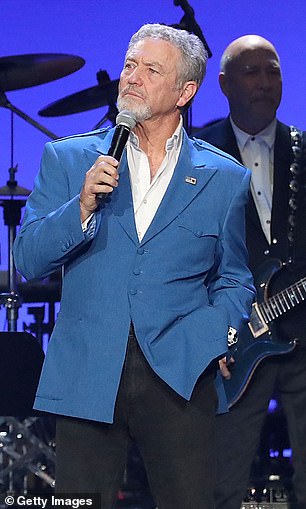 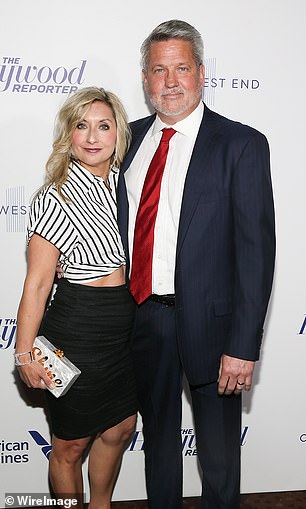 +8
Country music singer Larry Gatlin (left) gave Ramon a living room furniture set; former senior White House aide Bill Shine and his wife Darla (right) contributed a washer and dryer
Trump embraces WWII veteran Russell Pickett in rare hug in France
Loaded: 0%
Progress: 0%
0:00
Previous
Play
Skip
Mute
Current Time0:00
/
Duration Time2:29
Fullscreen
Need Text
'We're going to hopefully do this for many, many more veterans,' he said. 'This is the least I can do, and this is least Americans can do.'
Ramon said she has been 'very disappointed' in most of the veterans charities she has contacted for help. Code of Vets stepped up.
'All these organizations that are supposed to help veterans, they didn't, and she was the only one,' Ramon said of Smith.
Sitting in the driver's seat of her new car, she choked up and spoke in halting tones.
'It's hard for me to believe somebody is this generous,' she said. 'On behalf of me and my children. I'm speechless.'
'They're going to cry. They're going to cry for joy. Happy tears, not sad tears,' she said.
'It's a dream. It's not real.'