Obama sends letter to prisoner he freed, who made the dean's list: 'I am so proud of you' 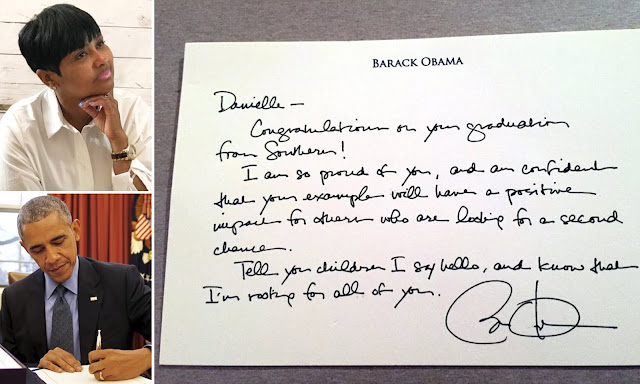 President Barack Obama granted Danielle Metz clemency in 2016. Out of prison, she made the dean’s list in college. She wished she could thank Obama for his help.

In a story published Monday in USA TODAY, Metz expressed her gratitude toward the former president.

“You don't know what you did for me,” she imagined herself telling him. “I’m finally coming into my own. I made the honor roll.”

This week, Obama wrote her a letter, wishing Metz all the best.

“I am so proud of you, and am confident that your example will have a positive impact for others who are looking for a second chance,” Obama wrote to Metz. “Tell your children I say hello, and know that I’m rooting for all of you.” 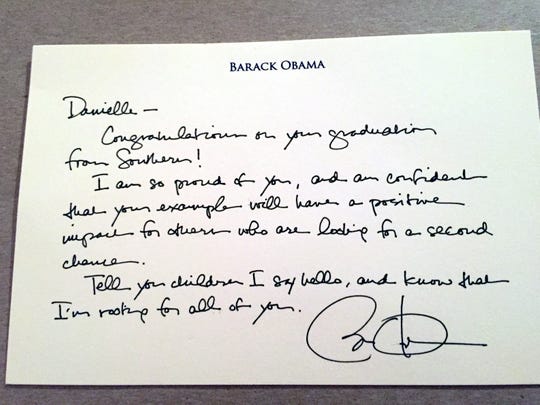 Metz was arrested in 1993 for drug offenses related to her husband’s cocaine trafficking ring. At 26, she was sentenced to three life sentences plus another 20 years.

In federal prison, Metz earned her GED. She began writing letters and making appeals for her freedom. In 2016, Obama commuted her sentence, and Metz enrolled in Southern University in New Orleans the following year. At 50 years old, she was a college freshman.

In her second semester at Southern, she earned a 3.75 grade point average and made the dean’s list. 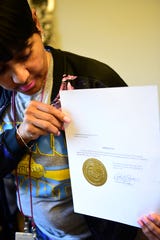 Danielle Metz shows the affidavit for her prison release in New Orleans on Feb. 15. President Barack Obama granted her clemency in 2016. She had been serving multiple life sentences for charges related to her husband's drug ring. (Photo: Cheryl Gerber, The Hechinger Report)