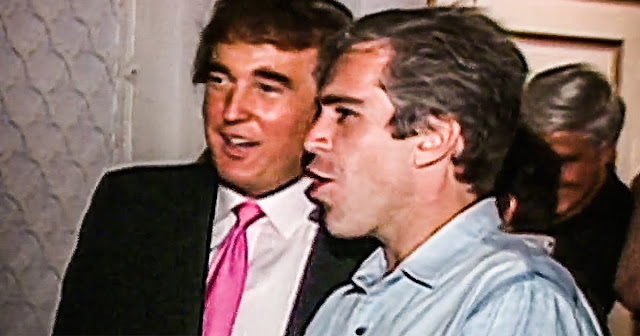 The November 1992 tape in the NBC archives shows Trump with Epstein more than a decade before Epstein pleaded guilty to felony prostitution charges in Florida.

The footage shows two wealthy men laughing and pointing as they appear to discuss young women dancing at a party.

Today, one of the men is president of the United States. The other is in federal lockup awaiting a bail decision as he fights sex trafficking and conspiracy charges.

The November 1992 tape in the NBC archives shows Donald Trump partying with Jeffrey Epstein at Trump’s Mar-a-Lago estate, now a private club, more than a decade before Epstein pleaded guilty to felony prostitution charges in Florida.

At one point in the video, Trump is seen grabbing a woman toward him and patting her behind.

The president says that he hasn’t spoken to Epstein since his guilty plea, and that his relationship with him was no different than that of anyone else in their elite circle.

“I knew him like everybody in Palm Beach knew him,” Trump said last week. “I was not a fan.”

But on the tape, Trump gives Epstein plenty of personal attention.