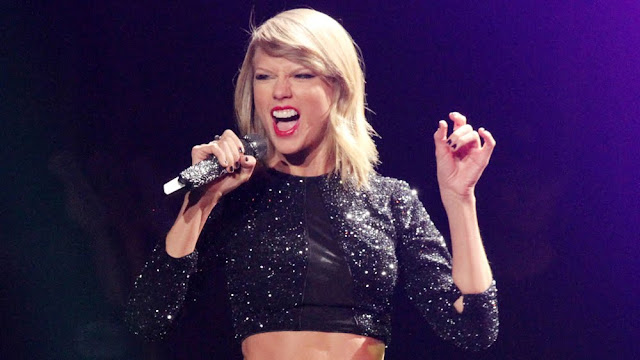 Whatever bad blood Taylor Swift may have with former associates, her credit is certainly good. Swift tops Forbes’ Celebrity 100, the magazine’s annual list of top-paid entertainers, with estimated 2019 earnings of $185 million. It’s the second time she’s come in at No. 1 — after she previously led the pack for 2016 — making Swift the first music artist to take the Forbes lead twice.

Forbes noted that Swift’s 2018 “Reputation” stadium trek was the highest grossing tour in U.S. history at $266.1 million, and also that the artist benefitted from a new deal with Universal’s Republic label and the sharing of proceeds from Universal’s sale of its Spotify stake.

Speaking of sharing, Swift shares the upper ranks of the list with an intermittent nemesis, Kanye West, coming in at No. 3 with $150 million. Landing the spot between these two musicians at No. 2 is Kylie Jenner, who hauled an estimated $170 million; Jenner topped the list last year. At No. 5, the rankings return to Swift allies with Ed Sheeran, her former opening act and duet partner, who earned $110 million.

The Eagles accounted for a third musical chair in the top 10, coming in at No. 8 with an estimated income of $100 million.

Athletes accounted for four spots in the top 10: Lionel Messi at No. 4, Cristiano Ronaldo at No. 6, Neymar at No. 7 and Canelo Alvarez at No. 10.