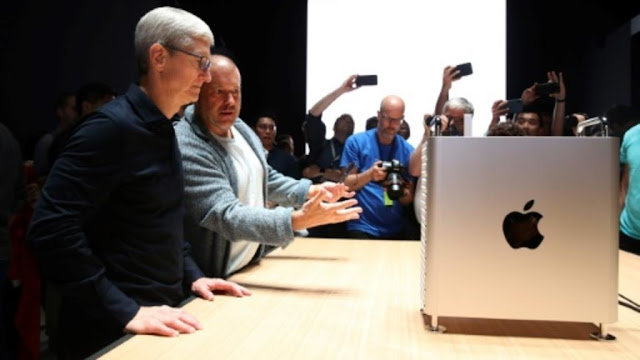 What a slap in the face, A country that has made Apple what it is and now this. I say the heck with Apple.
The report claims Apple will utilize Quanta Computer to make the $6,000 Mac Pro desktop computer and is ramping up production at a factory near Shanghai. This news comes from an unidentified individual speaking about Apple’s decision-making. The Wall Street Journal earlier Friday reported the manufacturing move.

Apple is assembling its new Mac Pro models in China, shifting production from the U.S. where its older models were assembled, CNBC confirmed Friday following a report in The Wall Street Journal. Apple introduced the new Mac Pro earlier this month. It will go on sale later this year.
The news of the production shift comes shortly after Apple warned U.S. trade representative Robert Lighthizer that tariffs on China would hurt its contribution to the U.S. economy. Escalating trade tensions between the two countries has forced Apple to consider shifting some of its production outside of China, Nikkei and The Wall Street Journal reported last week.
But the assembly shift for the Mac Pro from the U.S. to China will help reduce shipping costs, according to the Journal. The Shanghai factory where it will be assembled is closer to Apple’s other suppliers in Asia, the Journal reported. Apple is working with contractor Quanta Computer to assemble the new $6,000 desktop, CNBC confirmed. While the assembly will take place in China, Apple said the device is designed and engineered in the U.S. and includes U.S.-made components. President Donald Trump has said in the past that Apple should take its manufacturing out of China and bring it to the U.S.


To China, being a Communist country, Apple is a dream to help them to brainwash and spy on the Chinese population for total domination. The information provided by Apple will escalate their total control and eliminate those who do not aspire to the Communist doctrine. It is something Apple will try here, but China will help them develop the indoctrination process that will ultimately bring our nation down to the level Communist Democrats have been trying to escalate in the Obama administration.
I have a Mac Book Pro and it will be the last time that I buy any Apple product.
Companies who ship their manufacturing to China do not care about the American people. Remember that when considering buying an Apple product. They are choosing to hurt the American people.