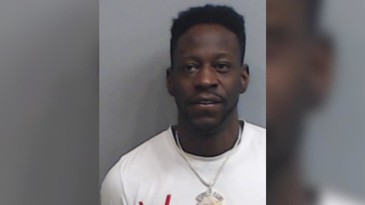 Well, this is a first ... a rapper was arrested in Georgia for weaponizing banana pudding.

Law enforcement sources said ... Young Dro was arrested on July 5 for allegedly throwing a plate of banana pudding at his girlfriend during an argument at their Atlanta-area home.

We're told the two had been arguing over money -- but things got heated and the food started flying ... with both sides launching whatever delicious items they could find at each other.

Cops were called to the scene -- and despite the fact his GF made it clear she didn't want to press charges, they arrested Dro anyway.

He's still in jail too -- according to law enforcement sources -- because he's also being held on a child support contempt order. The legal docs say he owes almost $41k in back child support, and needs to pay $10k to be released from custody.

Our Young Dro sources say the child support case involves another baby mama -- not his current GF who he had the pudding spat with -- and the rapper claims he's all paid up ... so it's a clerical error.