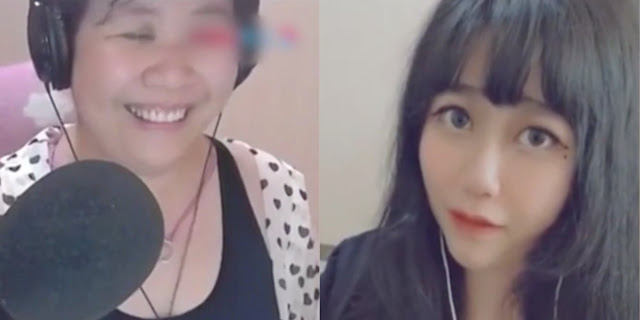 The vlogger, known as "Her Royal Highness Qiao Biluo" (乔碧罗殿下), was recording a livestream on July 25 when a technical glitch caused her beauty filter to vanish, China's Lychee News platform reported.

She typically uses a beauty filter to make her look younger in livestreams.

Before the technical glitch, she had some 135,000 followers on Chinese livestreaming site Douyu, Lychee News said. Her fans previously described her as a "cute goddess" with a "sweet and healing voice," the state-run Global Times tabloid reported. 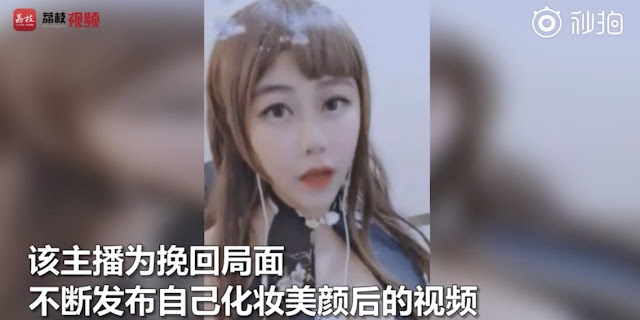 Qiao Biluo had been discussing a fan petition for her to remove her beauty filter and show her real face during the July 25 livestream, which was recorded alongside fellow Douyu user Qingzi.

During this session, Qiao Biluo had superimposed a cartoon on her face, Lychee News and the Global Times reported.

But at one point, a technical glitch caused the cartoon to disappear, showing the vlogger's real visage before she agreed to it.

People tuned in began to leave the livestream in droves, and many male followers immediately unsubscribed to her channel and started withdrawing their gifts, the BBC reported.

Others also accused Qiao Biluo of "conning men for their money" and calling her "grandma" in comments left on the livestream, as shown by Lychee News.

She has since revealed that she is 58 years old, according to the Global Times. 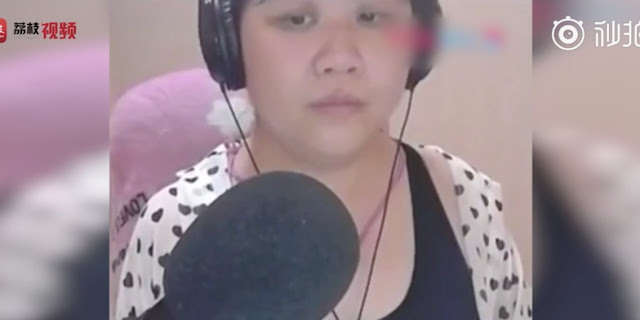 The real face of "Her Royal Highness Qiao Biluo."
Lychee News via Miaopai

The glitch has ultimately appeared to enhance Qiao Biluo's online career, however.

Despite the initial fall in male followers immediately after last week's glitch, her popularity has actually risen. As of Wednesday night, her Douyu profile has more than 985,000 followers, with many fans leaving her encouraging messages in the face of the trolls.

She has also started taking sponsorships from companies selling beauty software, and announced on Tuesday that she will record a music album, the Global Times reported. 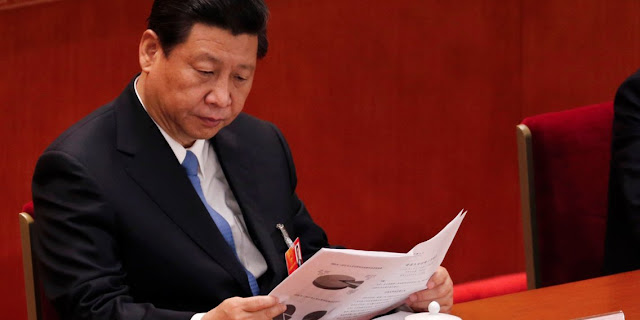 The Chinese government, which tightly controls the media and news industry, has been trying to clamp down on livestreaming.

The Global Times, the state-run tabloid, described the "chaotic online celebrity industry" as one "where no one knows what's really behind the screen, and anything — including illegal information — can be transmitted through the internet."

The tabloid also cited unnamed "analysts" as saying that online celebrities in China have a "negative influence on teenagers, who are not mature enough to tell right from wrong."

Hours after a vlogger livestreamed herself pouring black ink over a poster of President Xi Jinping in Shanghai last year, authorities deleted her social media account and vanished her.

Local activists later said police held her in a psychiatric hospital in her home province of Hunan, more than 500 miles away from Shanghai.