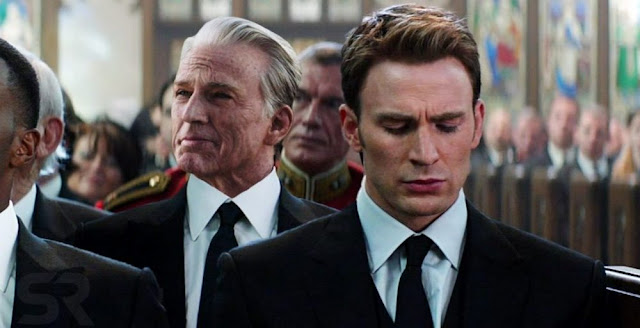 The ending of Avengers: Endgame brought an end to Captain America's story in the most heartwarming way possible. But to make it even better, one of the writers has revealed that Steve and Peggy don't just get their happy ending... but after living through the Marvel timeline, old Steve Rogers may have a cameo in the MCU. At least in his version of the story, anyway.

As Marvel fans now know, the time travel science at work means even Endgame's writers and directors disagree on who 'old Steve Rogers' actually is. During an SDCC 2019 panel focused on the time travel, theoretical physics, and paradoxes at work in Avengers: Endgame, one half of the writing team confirmed one massive fan theory about 'Old Steve Rogers' in the MCU. Which means Marvel fans will immediately be rushing to rewatch Captain America: Civil War immediately.

Now it seems that not only is the writers' version of events the simplest, and most heartwarming explanation--it's also the most exciting. Because one of those writers has confirmed that not only are there TWO versions of Steve Rogers in the MCU, but that their paths have crossed. And technically... this wasn't the first time fans saw the old Captain America in a Marvel film. 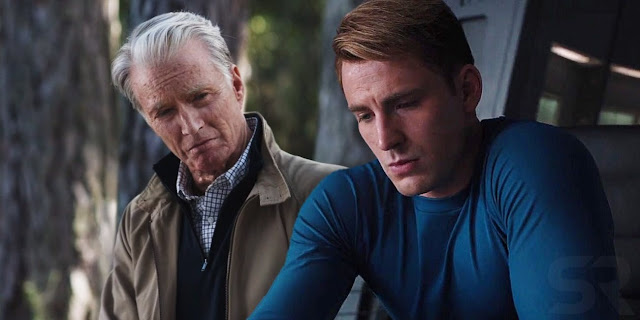 Again, it goes without saying that there is no "correct" interpretation to prove or disprove. But there are differing opinions from those telling the story. For this purpose, we have terrific news: it doesn't actually require any complex Avengers time travel logic, or theoretical past/future explanations at all. All fans need to know is what is shown in Captain America's final scenes. More specifically, the explanation of those scenes as writers Christopher Markus and Stephen McFeely intended, which also happens to be the simplest reading possible.

Amidst the larger riddles and rules of Endgame's time travel, Christopher Markus explained to those in attendance at the SDCC panel that he and his writing partner chose to "close one eye" to their science fiction rules, and give Steve his happy ending:

We'll get to Captain America at the end of the movie, and whether that breaks our own rules... I mean we actually have a public disagreement with our directors. Again, it's a playful one, but Stephen and I are just so taken with the idea that Steve went back and got to live his life.

To be clear, it is the writers' understanding (while leaving the door open for other valid interpretations) that there is just one Steve. The man who becomes Cap, finishes his mission in Endgame, restores the timeline, and chooses to live out his life with Peggy--then return to the lakeside bench moments after his younger self travels back in time. That explanation raises some questions about the version of the MCU he lived through, which is addressed by one fan theory centering on Peggy Carter. Well, Peggy Carter's funeral, to be exact.

THE THEORY: BOTH STEVES WERE AT PEGGY'S FUNERAL 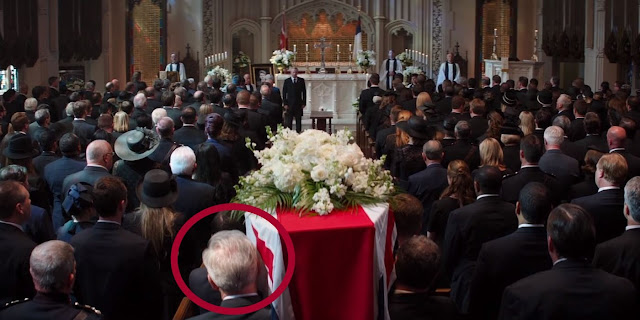 Just in case there are some Avengers fans who haven't heard of the fan theory in question, it can be summed up with the claim that both Steve Rogers were at Peggy Carter's funeral, as seen in Captain America: Civil War. It holds true in principle, since the return of Steve Rogers to the MCU's past means he lived through the events of the movies. It also means he was Peggy's mystery husband, and lived through most of their lives together knowing his younger, original self was frozen solid. Since Peggy was left out of the MCU films, that's easy enough to justify (especially since her mind and memory were failing by the time young Steve came to visit).

However, there's no getting around the fact that Peggy's husband would have been at her funeral--making it the ONE scene fans actually got to see where Old Steve Rogers would have been visible. But the fan theory goes a step further, claiming that old Steve was actually carrying Peggy's casket along with his younger self. It's a fun image to consider, but with only a white-haired pallbearer opposite Steve to offer as evidence, and the obvious risks inherent, it's not completely persuasive. But as Christopher Markus has now revealed, the writing team supports at least one half of the theory. 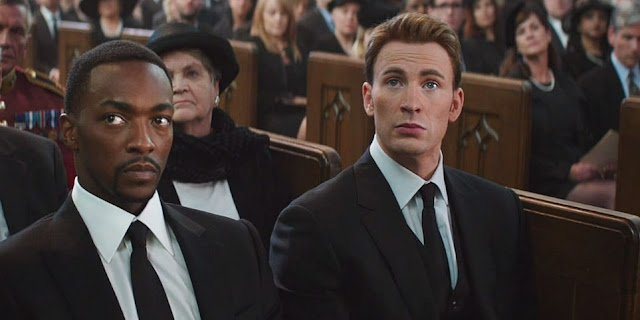 The writing duo would obviously concede with the logic behind the presence of two Steves, since that is how they interpret Captain America's final time travel journey. But the idea of old Steve attending the funeral has gone largely unaddressed... until now:

I would like to believe that through some sort of bullshit time loop paradox--throw in the words you use when you're bullshitting science in a movie: 'some sort of quantum paradox'--that there are indeed two Captain Americas in the MCU timeline. That Steve Rogers who looped back into time has therefore always been there, and that he is living somewhere else in the movies you're watching.

And what I really like to believe is that there's an old man sitting in back at Peggy's funeral in Civil War, and that's old Steve Rogers, watching young Steve Rogers, carry old Steve Rogers's wife up to the front of the church. Can I explain it scientifically? Not really, no.

There you have it, Marvel fans. While the science behind Steve Rogers on a time loop may not be covered as part of Endgame, it's easy to see why Markus and McFeely would approve of this outcome. It should be pointed out that while Markus appears to be speaking in a metaphorical sense about the elderly man attending Peggy's funeral, out of the spotlight "in back," there is one man who fits the description visible in the scene. Since the writer admits their interpretation is no more valid than anyone else's, it will fall to the fans to decide if that mystery man is a cameo from old Steve, watching his life play out before him.

Since the cameo (like Steve's happy ending) isn't just approved by the writers, but the version of the story they personally believe, we're willing to guess most fans will agree. Meaning that funeral scene won't be quite as tragic for Captain America on repeat viewings.