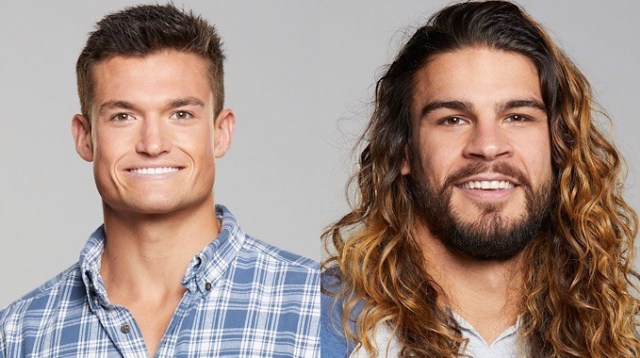 It has been an interesting week inside the Big Brother 21 house, that’s for sure. We have seen the demise of the Six Shooters, we saw Jessica win not only an HOH comp, but a POV competition as well and so much more. Now we have Jack and Jackson on the block together going into our live eviction show later tonight! Who do you think will be evicted this week on Big Brother 21? Let me know by voting in the poll below!

Going into this week a lot of Big Brother fans had a lot of hope for Jessica’s HOH. A lot of people wanted to see Jackson and Jack next to each other and she gave that to us, however, after Cliff’s HOH flopped in Week 4, you kind of learned not to get too excited. Well, now we are going into eviction night with Jack and Jackson still sitting on the block next to each other.

Jackson has been very aggressive throughout the season with everyone in the house, however, the way that he treats the women in the house has been a big reason to not like him. However, with Jessica on his side this week and Jack being her main target going into tonight’s eviction, Jackson might see week 7 inside the Big Brother house.

Jack has been able to keep his game pretty clean and played both sides of the house pretty well. However, when Jackson went to him last week with important information regarding one of their alliance members, Jack didn’t believe it and blew up Jackson’s game. Jack later realized that a lot of what Jackson told him was the truth, but it’s too late for that now that the lines have been drawn. Unfortunately for Jack, he ended up on the side of the line with some people who are only telling him what he wants to hear.


Big Brother 21: Who Will Be Evicted? Week 6
VoteView ResultsCrowdsignal.com