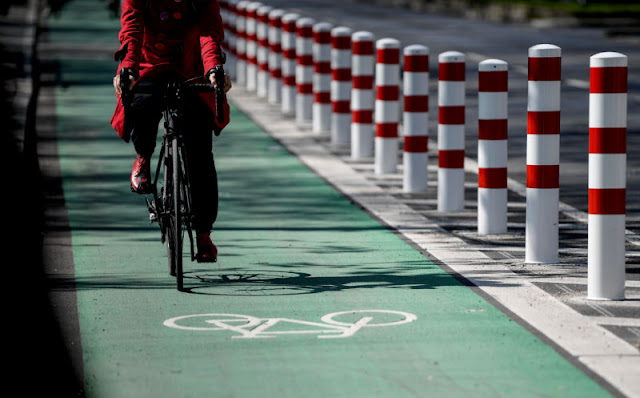 There are plenty of good reasons that people should cycle more. People who exercise more are healthier and can score higher on cognitive tests, for one thing. And replacing short car trips with journeys by bike (or on foot) is probably a good thing if we want to try to deal with this whole climate change thing. But that will only work if people feel safe swapping their two-ton deathmobiles for a pair of pedals. And it may well mean providing cyclists with bike lanes protected from vehicle traffic with more than a coat of paint. In fact, a study from Monash University in Australia suggests that merely painting bike lanes onto the roads may be counterproductive.

The researchers conducted an observational study, gathering data from 60 cyclists in Melbourne, Australia. For a week or two, the cyclists were equipped with sensors and cameras to capture data over the course of their riding. GNSS satellite navigation was used for location, ultrasonic sensors measured the passing distances of objects as the cyclists rode, and cameras allowed the researchers to classify passing events—was the bicycle passed by a vehicle, did the pass happen while the cyclist was in a bike lane, and so on. Over the study period (between April and August 2017) there were 422 trips covering a total of 3,294 miles (5,302km), 91 percent of which were on-road.
Across the entire data set, the researchers identified 18,527 instances where a vehicle overtook a cyclist. Of these, 1,085 happened with less than 39 inches' (100cm) passing distance between bike and vehicle, a distance that's considered "close" under Australian law. The majority of passes occurred in areas with 37mph speed limits (60km/h), with an average passing distance of 75 inches (190cm). But those distances were much closer in areas with lower limits (66 inches/168cm in 40km/h zones, 67 inches/170cm in 50km/h zones). Somewhat worryingly, drivers were also more likely to get closer (60 inches/154cm) to cyclists when passing in 100km/h (62mph) zones. 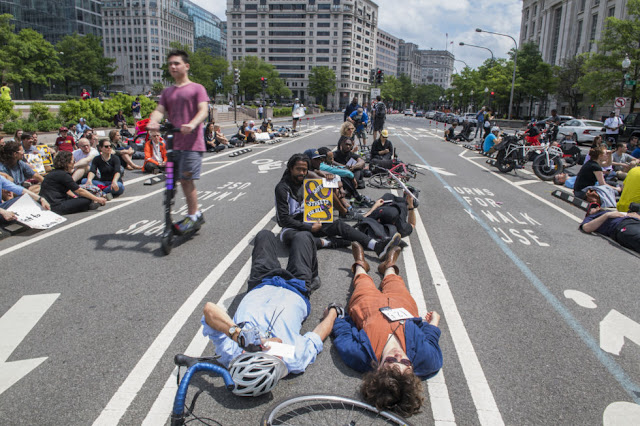 People lie on the Pennsylvania Avenue bike lane in Washington, DC, on April 26, 2019. The Rally for Streets That Don't Kill People was held outside the John A. Wilson Building to call on Mayor Muriel Bowser's administration to act on safety measures for bikers and pedestrians.

"We know that vehicles driving closely to cyclists increases how unsafe people feel when riding bikes and acts as a strong barrier to increasing cycling participation. Our results demonstrate that a single stripe of white paint does not provide a safe space for people who ride bikes," said Dr. Ben Beck, lead author of the study.