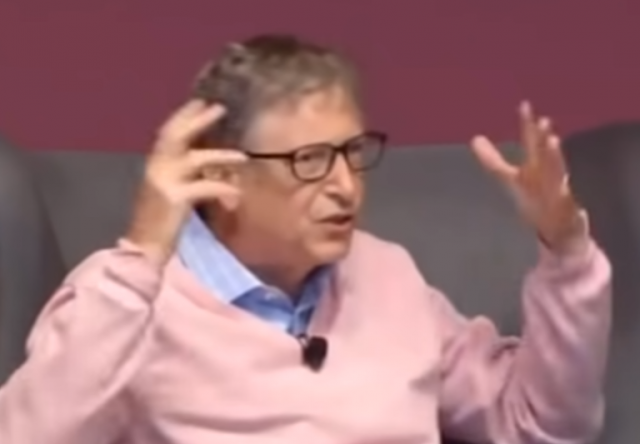 One of the most difficult problems the world faces as it moves toward a greener and more sustainable future (while simultaneously dealing with the ramifications of outdated, not-so-clean systems causing mass animal extinctions according to a recent report), is the question of whether or not our leaders can be trusted to provide the real solutions we need.

According to Gates, the billionaire philanthropist, the current push for clean energy is not a reliable vision for the future, in large part because of the lack of raw materials and reliable battery technology, according to a recent interview published by the Global Warming Policy Forum.

In the world of sustainable technology, there are few advancements deemed to be more of a sure thing than solar and wind energy.

But Gates, as seen in the video below, is not exactly a proponent of these “clean” technologies as they are currently positioned.

He discusses what he believes to be the biggest weak point of these technologies, using an analogy of a potential scenario in Japan that could unfold involving a natural disaster of a large magnitude, among other challenges presented by making the switch to these renewable energy resources.

“Whenever we came up with this term of clean energy I think it screwed up people’s mind, they don’t understand…” Gates can be heard saying in the interview publish by The Global Warming Policy Foundation.

It should also be noted that Gates has an investment in the very technology he is slamming as the biggest “missing piece” of this puzzle: Form Energy, which is currently developing two new types of battery chemistries that are able to store weeks and months worth of energy. It’s all part of his Breakthrough Energy Ventures (BEV) organization, which has the goal of investing $1 billion into radical energy startups designed to cut carbon emissions worldwide.

Watch the video below: